The removal of humpback whales from Australia's threatened species list comes too soon and would add further dangers to emerging "complex" risks, according to nine research and marine conservation organisations. 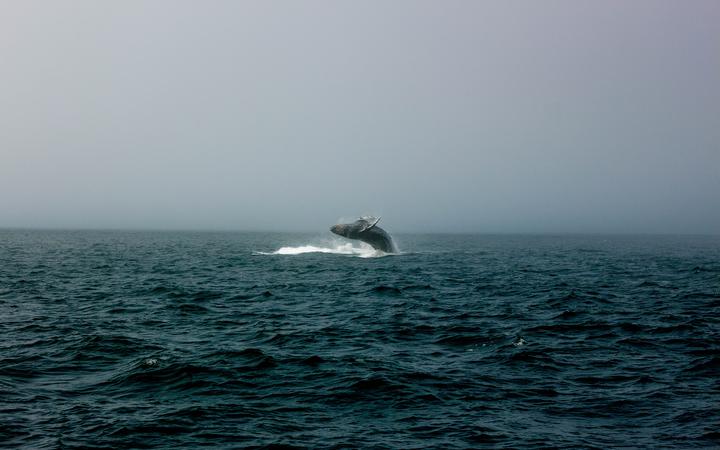 Australia's Department of Agriculture, Water and the Environment found that the principal cause of decline for humpback whales was commercial whaling, which has "largely ceased". Photo: Unsplash / Luis Santoyo

The Federal Department of Agriculture, Water and the Environment is considering removing the species from the list, with estimates that there are more than 40,000 humpback whales in Australian waters.

In a submission to the department on behalf of the nine organisations, Griffith University research fellow in Marine Science Dr Olaf Meynecke, said it was too early to delist the species.

"What now is an issue, is a combination of other threats that are a lot harder to address," Meynecke said.

"They're complex and they'll all interact with each other."

From the brink of extinction

At the height of the commercial whaling of humpbacks in 1962, their population was estimated at between 1000 and 1500.

The International Whaling Commission estimated in 2012 that the number of humpbacks living off the West Australian coast had recovered to 90 percent of its pre-commercial whaling level.

According to the Department's consultation document, the humpback population has been recovering "at close to their maximum possible rate" of 11.8 percent per year.

"No other whale species has recovered as strongly," the document read.

As such, the department suggested "the species is not eligible for listing".

Meynecke said humpbacks could, on average, reproduce every one to two years whereas other species may only produce a calf every three to four years.

"Humpbacks are more widespread throughout the ocean and able to adapt to very different feeding strategies," he said.

Given this fast reproduction rate and the depletion of other whale species competing for the same food sources, Meynecke said humpbacks could be considered "the rabbits of the baleen whales".

"We've seen them feeding on schooling fish, we know they're feeding on krill, they can also feed on different krill species socially or by themselves." 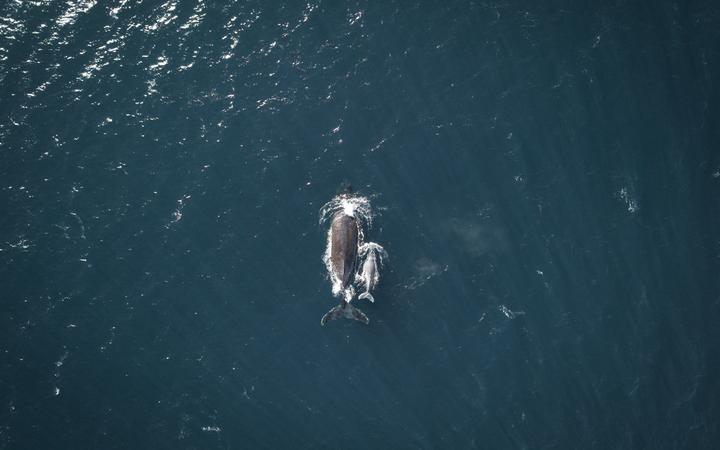 Humpback whales off the coast of Sydney, Australia. Photo: Unsplash / Will Turner

The Department of Agriculture, Water and the Environment found that the principal cause of decline for humpback whales was commercial whaling, which had "largely ceased".

For instance, there have been 104 reports of cetaceans affected by plastic debris since 1998 and 48 humpbacks have been entangled in nets.

Meynecke said the biggest threat was climate change, especially the absorption of more carbon dioxide into the ocean, reducing the main food source of whales - krill.

"We can see change is happening already in other [whale] populations where documentational studies show decline of calving rates," he said.

"The window of actual feeding is a lot smaller and the places where it occurs is not necessarily where it used to be anymore.

"It becomes a bit of a chase for the humpback whales to find the best places to get food."

Meynecke said the data presented in the department's consultation document, which suggested there were at least 47,000 humpback whales prior to whaling, was based on statistics gathered from 1900 onwards.

"We're pretty sure that the numbers were likely higher and also the conditions have really changed in the past 20, 30 years," he said.

While there have been concerns around the level of funding allocated to the protection of threatened species, they are typically afforded greater resources and protections under federal legislation.

But even if humpback whales were delisted, they would remain protected as a "matter of national environmental significance" under the Environment Protection and Biodiversity Conservation Act.

Nonetheless, Meynecke said humpbacks should remain listed as threatened until a long-term plan to more accurately observe and monitor the population was put in place.

"What if in five years time their numbers are declining and we have a rapid decrease?" he said.

"We won't actually notice until it's too late."