Australia's Defence Chief says there is information to substantiate 23 incidents of alleged unlawful killing of 39 people by 25 special forces personnel. 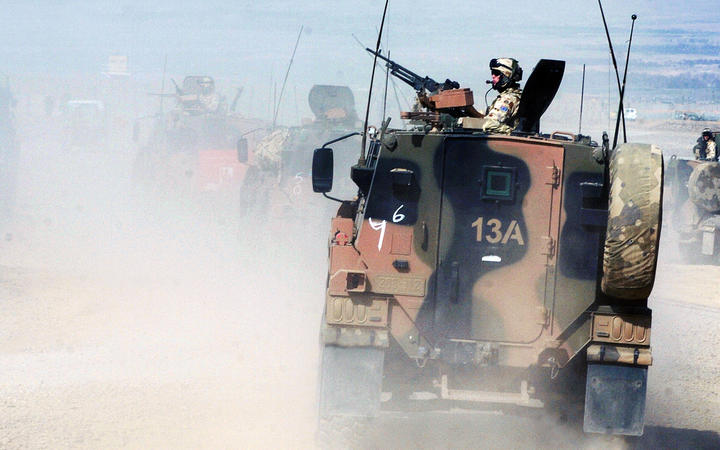 A culture of secrecy, fabrication and deceit has cast a heavy shadow over the legacy of the Australian special forces deployment in Afghanistan, with a landmark inquiry recommending 19 soldiers be investigated by police for the "murder" of 39 civilians and the cruel treatment of two others.

"To the people of Afghanistan, on behalf of the Australian Defence Force, I sincerely and unreservedly apologise for any wrongdoing by Australian soldiers," General Campbell said.

"It is my duty and that of my fellow chiefs to set things right."

He said the report found none of the alleged unlawful killings were described as "being in the heat of battle".

"None were alleged to have occurred in circumstances in which the intent of the perpetrator was unclear, confused or mistaken.

"Every person spoken to by the inquiry thoroughly understood the law of armed conflict and the rules of engagement under which they operated."

The report follows a lengthy inquiry which examined allegations of unlawful killings and other possible breaches by Australia's elite special forces. 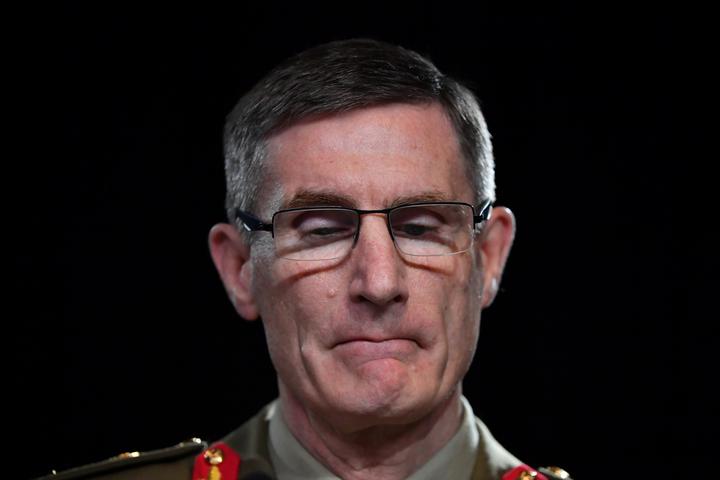 Major General Paul Brereton's report found problems with some SAS squadrons where some troops were "not well-mentored, but were rather left to swim or sink".

"A substantial indirect responsibility falls upon those in [the] Special Air Service Regiment who embraced or fostered the 'warrior culture' and the clique of non-commissioned officers who propagated it," he said.

"Special Forces operators should pride themselves on being model professional soldiers, not on being 'warrior heroes'."

The IGADF found there were "liberal" interpretations of when troops could consider people to be "directly involved in hostilities", and therefore able to be targeted.

The inquiry said junior soldiers were often required by their patrol commanders to shoot prisoners to get their first kill. This was a practice known as "blooding".

Prosecutions after four and a half years of inquiry

The report recommends a total of 36 incidents be referred to the Australian Federal Police (AFP) for criminal investigation.

Even before these matters end up in court, the Inspector-General of the Australian Defence Force (IGADF) believes the Australian Government should pay compensation to the families of victims in Afghanistan.

The heavily redacted findings of Major General Brereton's investigation into allegations and rumours of war crimes by Australian special forces have been released in Canberra, after an inquiry running for more than four and a half years.

Major General Brereton said none of the incidents he was referring to the Australian Federal Police for criminal investigation could be discounted as "disputable decisions made under pressure in the heat of battle".

"The cases in which it has been found that there is credible information of a war crime are ones where it was, or should have been, plain that the person killed was a non-combatant," he said.

The inquiry interviewed 423 witnesses, and investigators pored over more than 20,000 documents and more than 25,000 images as part of the probe, investigating conduct between 2005 and 2016.

He said investigators struggled to get information from troops during the course of their probe, saying senior officers were "frustrated by outright deceit by those who knew the truth and, not infrequently, misguided resistance to inquiries and investigations by their superiors".

"The inquiry has encountered enormous challenges in eliciting truthful disclosure in the closed, closely bonded, and highly compartmentalised Special Forces community, in which loyalty to one's mates, immediate superiors and the unit are regarded as paramount, in which secrecy is at a premium and in which those who leak are anathema," Major General Brereton said.

The inquiry also found evidence some Australian troops in Afghanistan had carried "throwdowns" - such as weapons, radios and grenades not issued by the ADF - which would be planted next to the bodies of Afghan civilians to suggest they were a "legitimate target" in any post-incident investigations.

"This practice probably originated for the less egregious though still dishonest purpose of avoiding scrutiny where a person who was legitimately engaged turned out not to be armed," Major General Brereton said.

"But it evolved to be used for the purpose of concealing deliberate unlawful killings."

He argued the behaviour meant ADF personnel as a whole were undermined.

"Moral authority is an element of combat power.

If we do not hold ourselves, on the battlefield, at least to standards we expect of our adversaries, we deprive ourselves of that moral authority, and that element of combat power.

"We are all diminished by it."

Afghanistan's President says Prime Minister Scott Morrison has expressed "his deepest sorrow over the misconduct by some Australian troops" in his country, as Defence prepares to release a long-awaited report into alleged war crimes.

A statement from Afghanistan's presidential palace said Mr Morrison called President Ashraf Ghani overnight and told him that future investigations into the allegations would ensure justice.

According to the palace, Foreign Minister Marise Payne also wrote to her Afghan counterpart to extend "apologies for the misconduct identified by the inquiry, by some Australian military personnel in Afghanistan".

Earlier in November it was reported that a special investigator would be appointed to prosecute allegations of Australian war crimes in Afghanistan.

Prime Minister Scott Morrison said there were a "significant number" of incidents and issues to look into, and the investigation would be "inherently complex".

He warned the process would "[require] us to deal with honest and brutal truths where expectations and standards may not have been met".

"Given the likely allegations of serious and possibly criminal misconduct, the matters raised in the inquiry must be assessed, investigated and, where allegations are substantiated, prosecuted in court," he said.

"The Office of the Special Investigator will address the criminal matters made in the Inspector General's report and investigate those allegations, gather evidence and, where appropriate, refer briefs to the Commonwealth Director of Public Prosecutions for consideration."

Since 2016, the Inspector-General of the Australian Defence Force (IGADF) has examined allegations of unlawful killings and other possible breaches of the law of armed conflict committed mainly by elite soldiers during their lengthy deployment in Afghanistan.

The prime minister said the office of the investigator would be set up within the Department of Home Affairs.

Morrison also announced a new panel will be established to drive cultural change inside Australia's SAS and 2nd Commando Regiment.