French police shot dead a man who minutes earlier had killed a teacher by slitting his throat in the street in a suburb of Paris. 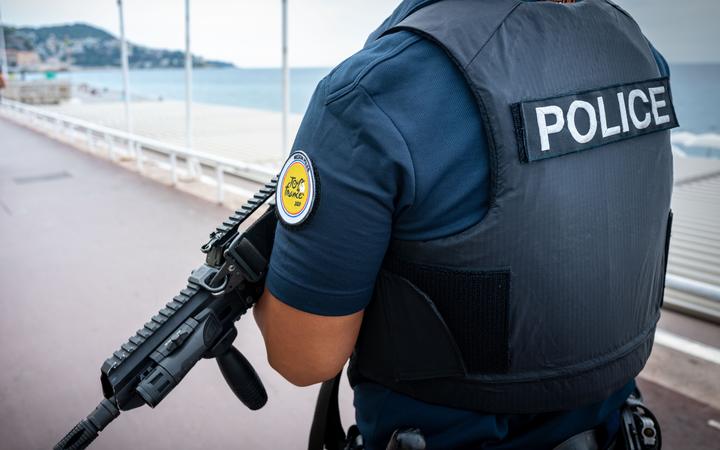 The teacher had shown pupils in his class cartoons of the Prophet Mohammad, which are considered by Muslims to be blasphemous, according to a police source.

France's anti-terror prosecutor said it was investigating the attack, which took place in Conflans Sainte-Honorine, a suburb north-west of Paris.

The suspected attacker was spotted by a police patrol while carrying a knife a short distance from the scene of the attack. The police shot the suspect dead, according to a police spokesman.

A police source said that witnesses had heard the attacker shout "Allahu Akbar", or "God is Greatest". The police spokesman said that information was being checked.

Another police source also said the victim had been decapitated in the attack, but this was not confirmed.

A Twitter thread posted on 9 October contained allegations that a history teacher in Conflans Sainte-Honorine had shown pupils cartoons purporting to depict the Prophet Mohammad.

The thread contained a video of a man who said his daughter, a Muslim, was one of the pupils in the class, and that she was shocked by the teacher's actions. Reuters was unable to independently verify the authenticity of the video.

French Interior Minister Gerard Darmanin said he had set up a crisis centre to deal with Friday's attack, and was keeping President Emmanuel Macron informed.

France has over the past several years seen a series of violent attacks carried out by Islamist militants.

Late last month, a man who emigrated to France from Pakistan used a meat cleaver to attack and wound two people outside the former offices of satirical magazine Charlie Hebdo.

That was the spot where Islamist militants gunned down employees of the magazine five years ago in retaliation for the magazine's publication of cartoons of the Prophet Mohammad.