NSW Premier Gladys Berejiklian has warned her state is "on the verge" of another seeding event which saw a surge in coronavirus cases across Sydney. 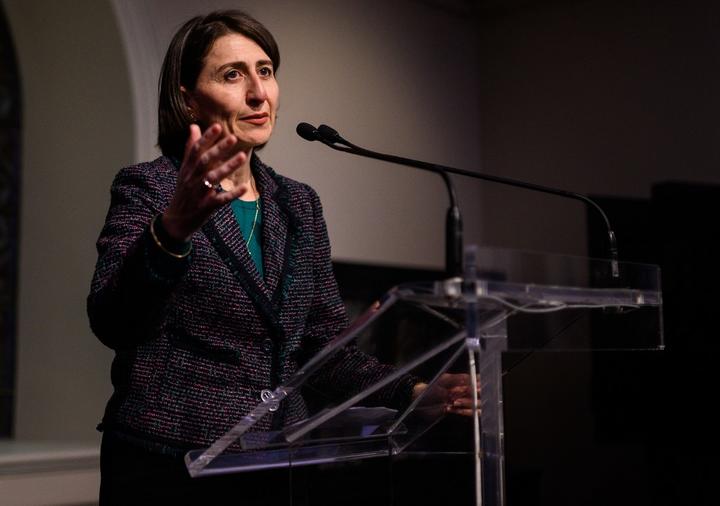 Eleven of those are locally acquired, and all have been traced back to known clusters or cases.

Berejiklian said the state was "on the verge of being where it was" in early July, when an infected Victorian man sparked a cluster of cases at the Crossroads Hotel in Sydney's south-west.

"I cannot stress enough that this is the most concerned we've been since that first incident when the Victorian citizen came up, infected his colleagues and went for a drink at a hotel," Berejiklian said.

That brings the Lakemba GP total cluster number to 12, while the source of the cluster is unknown.

Two of today's confirmed cases were linked to a private clinic cluster in Liverpool, bringing that total cluster number to 10.

One additional case was confirmed outside yesterday's reporting period, found in Bargo, 100km south-west of Sydney.

Berejiklian said the location of the additional infection falling beyond the fringe of Sydney, was concerning.

NSW chief health officer Kerry Chant said the elderly man in Bargo was still being interviewed to determine the source of his infection.

Berejiklian said her government had intended to further ease restrictions in the wake of yesterday's loosening of rules in hospitality and dining.

"But we will be holding off until Dr Chant gives us the green light to say we are over the existing current concerns."

Berejiklian confirmed the easing of social-distancing restrictions on outdoor dining and events announced yesterday would go ahead.

But she said further changes to the amount of patrons in a group booking, as well as capacity limits for small venues and weddings, were all on hold.

More than 16,000 people came forward for coronavirus testing yesterday, but Berejiklian said that was "not enough under the existing circumstances".