Norman Swan: How Australia is coping with Covid-19

Investigative journalist Dr Norman Swan says the Covid-19 pandemic in Australia saw "superspreading social networks" that led to the situation getting out of control. 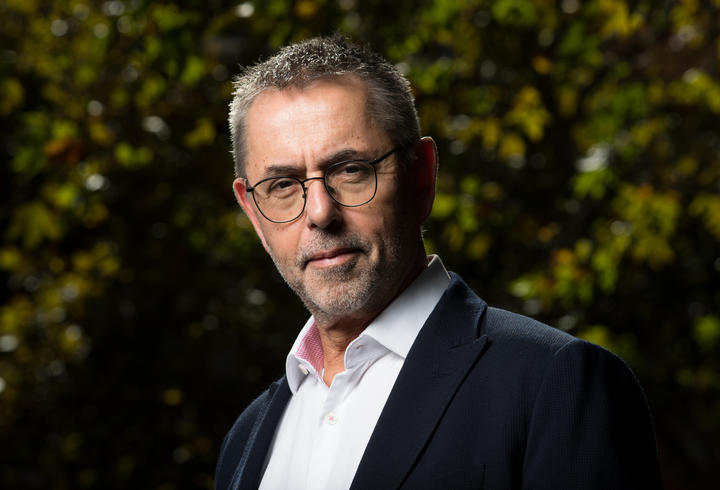 Swan was one of the country's first medically trained journalists - training in medicine at the University of Aberdeen, in Scotland, where he was born and raised. He is also the father of Jonathan Swan - a journalist who works as a political reporter in Washington DC, and recently gained fame for grilling President Donald Trump in an interview.

He's the host of the ABC's Health Report, and Coronacast, a podcast dedicated to informing Australians on the latest in the Covid-19 pandemic.

He joined Kim Hill to discuss the latest developments in how the Covid-19 pandemic is affecting Australia and when we might see a vaccine rolled out.

In July, Victoria's Covid-19 cases rose dramatically and remained stubbornly high. By early August, a stage four lockdown was imposed across Melbourne, while the rest of Victoria moved to stage three.

Rather than an individual "superspreader" being the cause of the outbreak, Swan said it was more of a case of "superspreading social networks" that led to the situation getting out of control.

"You had people going out into the north-west corridor of Melbourne and into large family groups," he said. "Friendly, cohesive families where people were working all over Melbourne, living in relatively overcrowded circumstances, they're working in abattoirs and so on, and they go out and spread it."

He said the outbreak in Victoria and another recent outbreak in Sydney showed the virus had the potential to "go underground". 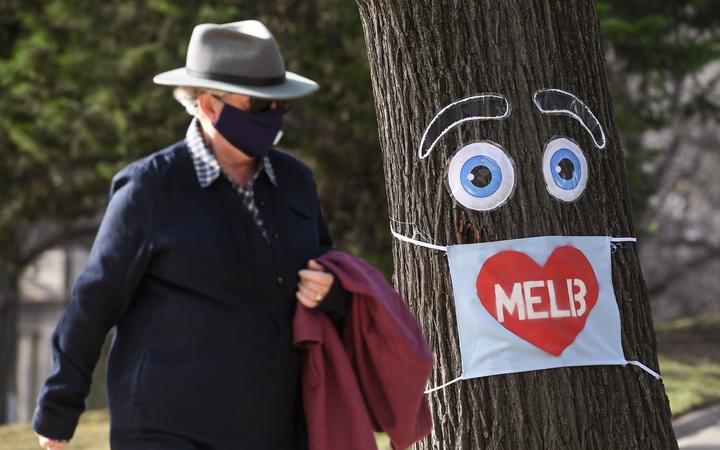 An outbreak of Covid-19 in Victoria led to a six week lockdown in Melbourne. Photo: AFP

"In Washington state at the beginning of it, it went underground for about six weeks, spreading in probably asymptomatic populations," he said. "When testing rates go down you lose control of the virus."

The outbreak in Sydney was discovered when virus particles were found during testing of the sewage system. Using the positive samples, officials were able to trace the virus to communities in south-west Sydney, where it was discovered that cases of the Covid-19 had been missed.

Swan said that contact tracing was much better and more transparent in New South Wales than it was in Victoria and this had meant they were able to get the outbreak under control.

"It one sense it was bad news the other day when they had 12 cases, now there's the sense that it was good news that very quickly after finding it in the sewage, they're finding new cases and the testing rate goes up 5000 a day to 12 or 15,000 a day," he said.

"It's essentially mass screening, where your shopping malls, pharmacies, general practictioners surgeries, you have these rapid tests where you don't need pathology, it's a bit like a pregnancy test.

"The other way is that you monitor the sewage for viral fragments. You've got to do it really carefully because you can make mistakes, you can wrongly pick up viral fragments that you think are SARS but they're not."

He said the success of sewage testing also depended on how accurate the sewage drainage system was, as to whether the infection could be traced to a particular area, which could be then mass tested.

Swan believed that New Zealanders and Australians would be starting to be vaccinated against Covid-19 in a year's time, but that it would likely be an annual immunisation.

"As to mutation, no one knows how long the immunity lasts, you hear about reinfection cases and they're real, but it's not massive numbers of them," he said. "My best guess is about a year, so we're going to talk about annual immunisations forevermore."

While the SARS-COV2 virus did not mutate deliberately, Swan said it had changed its behaviour in response to us.

"We've socially distanced globally to some extent and mutations of the virus have preferentially survived to get around our social distancing," he said.

"So this D614G mutation that they talk about is almost a more contagious form of the virus, it's not more virulent and it's survived preferentially."

This mutation was found in the spike protein, which is the part of the virus that connects to the body - which Swan said was a worry for vaccine development.

"Vaccines are all using the Wuhan virus from earlier this year, so are these vaccines going to be up to the task of the new mutations, which are in exactly the same spot that you want to attack with the vaccine?"

However, he said an Australian study on ferrets infected with the mutated virus found in the country, as well as earlier samples from Wuhan, found that the immune response looked like it was "deep enough and broad enough at the moment to cope with the mutations".

If a vaccine was developed, Swan said he thought that we might be able to "start relaxing" by Christmas next year.  But this was complicated by "vaccine nationalism", where countries were buying up large stocks of vaccines.

"It's important for governments to join COVAX, which is an international project organised by Gari, a vaccine initiative where countries buy in, they donate to Covax, in return for which they are guaranteed supplies from successful vaccines, but also some of the money is spent getting vaccines to low income countries.

"That's why it's going to be this time next year, where if we get one out early 2021, it's just going to be a while before you get enough vaccine around to immunise the general community."