New Zealand needs to start having a conversation about more modern responses to the Covid-19 pandemic, such as mobile phone tracking, a specialist in disasters says. 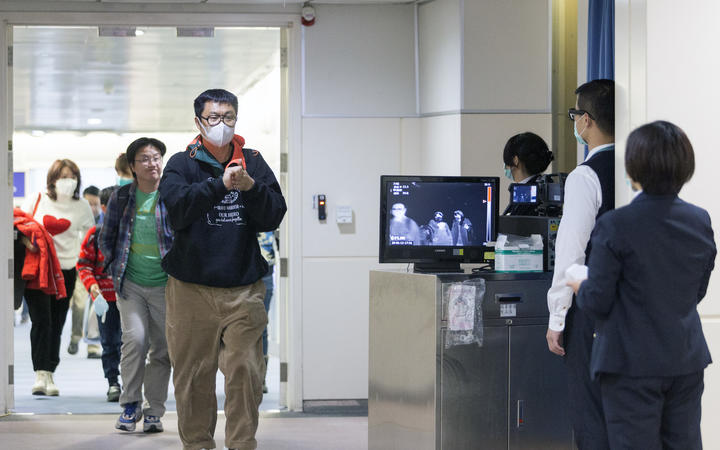 University of Canterbury law professor John Hopkins told Morning Report New Zealand needs to think about whether it would use technology as a tool in fighting the virus like other countries have.

He said Taiwan has used some similar measures to New Zealand "...but the main difference is their heavy use of IT and some pretty invasive use of mobile phone tracking and other similar mechanisms to control individuals and to pinpoint who's at risk of having the virus".

He said although the methods New Zealand uses are effective, "they're old fashioned".

"It shows that New Zealanders need to have a conversation about what things we would give up to stop the impact of the lockdown."

Taiwan has linked their health computer system with immigration so they can tell who comes in and track them, he said.

"And then [they] use something called the digital electric fence which is a use of mobile phones to ensure you stay in your house or wherever you've been allocated, during your quarantine. You can imagine that's something we're not used to in New Zealand."

Hopkins says we need to explore these options to have them in our toolbox.

"The issue here is if the border breaches we need to impose some form of lockdown to allow our contact tracing to catch up."

But, he said, New Zealanders have a different way of thinking about privacy.

"One of the things we need to explore is why we're happy to give up our privacy to Google or Instagram with the touch of a button but then we're reluctant to have some limits to our privacy or constraints on our actions when it's for something good, as in stopping a pandemic rather than advertising for a global company."

The worst thing would be to suddenly leap to methods like Taiwan without exploring how we would limit this in a legal framework, he said.

The World Health Organisation's special envoy on Covid-19, Dr David Nabarro says that lockdowns should only be used to buy time as preparations are made to defend against the virus.

WHO spokesperson Margaret Harris rowed back on this position somewhat when she spoke to Morning Report yesterday.

Epidemiologist Michael Baker, from the University of Otago, says it's another example of the WHO being at odds with New Zealand's approach.

"I think we've now seen quite a consistent pattern of comments from WHO spokespeople during the pandemic and they're very orientated towards the setting that we see in North America and Europe where lockdowns are used very different than in New Zealand."

He said these countries don't have a goal of eliminating the virus but use lockdowns to suppress transmission.

"Unfortunately during the global pandemic response their advice has not been helpful at all for countries like New Zealand. Firstly they were very slow to declare this a public health emergency of international concern and a pandemic, they advised for a long time to keep your borders open, not to use masks or mass masking and this recent comment about lockdowns."

New Zealand has done the opposite of this, he said, which have been critical to our success in containing the virus.