Members of the East Grinstead Rugby Football Club have paid tribute to London Met Police officer, Matiu Ratana - known as Matt to his friends, who was a role model to many as their coach. 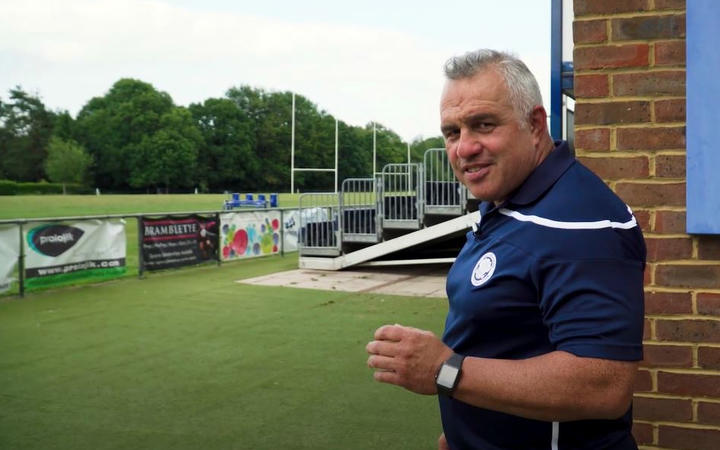 On Friday, Sergeant Ratana was shot dead by a handcuffed suspect who was in custody.

The club held two periods of silence on Sunday - at 9.30am and 11am - to remember Sergeant Ratana and flew the club's flag at half-mast alongside the New Zealand flag and the All Blacks flag to honour his roots.

At the 11am minute, there were about 500 to 700 people and when the minute's silence was up, Sussex's East Grinstead Rugby Football Club assistant coach Ryan Morlen said no one wanted to move. 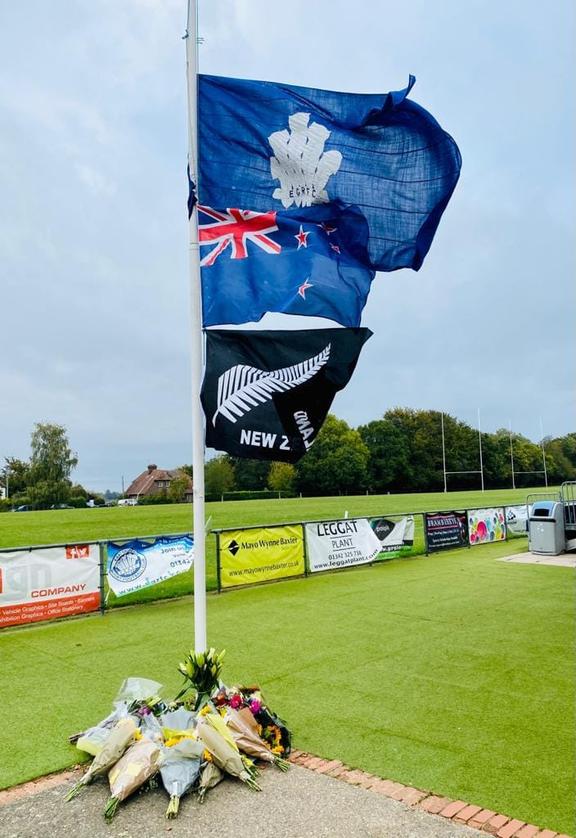 "It was just in that moment then it felt a little more real. It felt as everyone had really lost a true friend, a true role model ... and then as they do how Matt would have liked it, they picked up a rugby ball and played again."

Morlen told Morning Report he knew Ratana for about five to six years through the gym and then rugby.

"[He was] really really passionate about rugby ... just a really kind bloke who could speak to absolutely anyone.

"That was just Matt, he was just the loveliest of blokes."

Morlen said he found out about Ratana's death when he saw the news that a sergeant had been shot at in Croydon.

"At that moment it was unofficial but kind of tying things together it was highly likely it was going to be Matt. I knew he was on that shift there."

He said Ratana as head coach had built a strong foundation for the rugby club.

"He really has left a mark on so many people from senior men's rugby to women's rugby, to juniors. At that rugby club he's had the chance to coach everyone. He's just a real club man, he's really bought in ... he's laid the foundation.

"His passing is terribly difficult for a lot of people at that rugby club."

Clubs around the country have been holding a minute's applause in memory of Police Sergeant Matiu Ratana.

Matt was Director of Rugby @RugbyEGRFC and a huge part of our rugby family. https://t.co/cW0Li2MvKI

Morlen said although Ratana was involved in the coaching and training, he also sunk his teeth into various aspects like getting sponsors and deciding the type of kits.

"He just wanted what was best for others. he was not a selfish person at all ... just a superb bloke."

Morlen, who has been at the club only six months, hopes to carry on Ratana's legacy.

"We need to continue building the rugby club as a community. Stopping now is not what he would have wanted."

Ratana's cousin, Adrian Rurahwe, said friends and family are devastated by the news.

"Not only to lose a close relative but the nature in which he was taken," Rurahwe said.

The family was looking to hold a commemoration, but needed to take into consideration travel and health restrictions in light of Covid-19.

He said the distance between New Zealand and the UK had also made things more difficult.

"We're half a world away, so that's impacted on our ability to carry out all of the cultural aspects of losing someone close to you."

He said family members were looking to go over to the UK and were in contact with friends of Ratana there.

Thank you to all the wonderful residents who have attended the police station with flowers, cards and pure love for #SgtMattRatana

We are very taken aback and really appreciate your gestures. pic.twitter.com/ZkBhediB5Z