For years this man, this hero, this skipper was the centrepiece of community policing in Hackney. He shaped the lives of many. Be that victims, suspects or colleagues.

Sgt Ratana was the best. Gone, but most definitely not forgotten#SgtMattRatana pic.twitter.com/YGnIzAV6Ww

Sergeant Matiu Ratana, 54, who was working in south London, died in hospital on Friday after being shot as a handcuffed suspect was being taken into custody.

The 23-year-old suspect, who is thought to have then shot himself, remains in a critical condition, police said.

The murder investigation is expected to focus on the motive for the killing.

He added: "We have recovered the gun from the custody suite where Matt was shot.

"We also have CCTV from that custody suite which shows the events, and we have body-worn video of our police officers who were involved in the circumstances surrounding the arrest of the suspect." 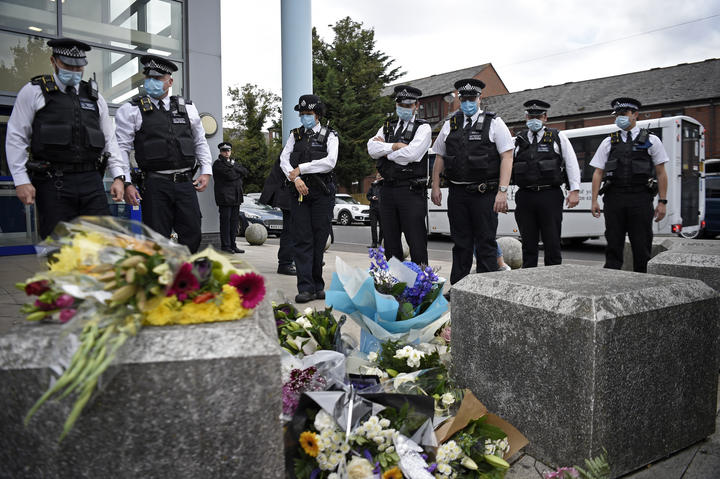 Yesterday, New Zealand's Prime Minister Jacinda Ardern said she was "incredibly sad", telling those who knew Sgt Ratana that "we share your sorrow".

Sgt Ratana was shot in the chest at Croydon Custody Centre at about 02:15 BST on Friday.

The suspect had initially been arrested for an alleged drugs offence and possession of ammunition.

The shots were fired as officers prepared to search the suspect - who was still handcuffed - with a metal detector, according to watchdog the Independent Office for Police Conduct (IOPC). He remains in a critical condition in hospital.

"Several crime scenes" were established on Friday and a cordon remains in place around the Anderson Heights building in Norbury, south-west London, the Met has said.

A concierge in the building told the BBC the 23-year-old suspect did not live in the block but was arrested outside it.

Sir Peter Fahy, the former chief constable of Greater Manchester Police, told the BBC: "It's very callous and it's obviously going to cause a lot of fear for police officers. It's very upsetting for them as it makes them feel so vulnerable."

He said the circumstances surrounding the death appeared to be "incredibly unusual", adding: "There are procedures of searching prisoners before they are taken to police stations in vans or in cars; they're searched again when they get to police stations and there are additional procedures because of screening for Covid.

"It will be important to get out fairly quickly the circumstances to see if there's anything that can be learnt about it."

It is believed the suspect was known to counter-terrorism police and his background may feature prominently in police inquiries, BBC home affairs correspondent Danny Shaw said.

The suspect had been referred to the anti-extremism government's Prevent programme, aimed to stop people joining extremist groups and carrying out terrorist activities.

As part of the IOPC investigation it is examining CCTV and police bodycam footage to establish how the shootings took place.

The watchdog said the suspect was in handcuffs, with his hands behind his back.

A key part of that IOPC investigation will be to find out how thoroughly the suspect was searched before he was taken into custody. 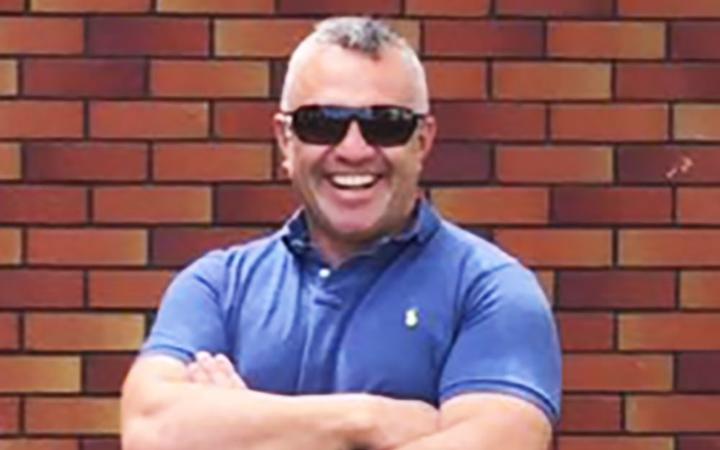 Sgt Ratana came to the UK in his early 20s in 1989 and joined the Met Police two years later.

He was originally from Hawke's Bay and was educated at Palmerston North Boys' High School.

Sgt Ratana, who had a partner and an adult son from a previous relationship, would have been eligible for retirement in two months.

"As a colleague, he was big in stature and big-hearted, a friendly, capable police officer," she said.

"A lovely man, highly respected by officers and staff, and by the public, including suspects he arrested or dealt with in custody.

"He was very well known locally and will be remembered so fondly in Croydon, as well as in the Met and the rugby world."

She added: "I understand the great concern about how this happened and we will establish the facts. We owe it to Matt, his loved ones and all other officers."

Boris Johnson was among those who reacted to the news, tweeting: "My deepest condolences go to the family, friends and colleagues of the police officer who was killed in Croydon last night.

"We owe a huge debt to those who risk their own lives to keep us safe."

In a statement, Jacinda Ardern said: "To all Matiu's whānau across the world, we share your sorrow and have all our condolences."

New Zealand Police - where Sgt Ratana worked between 2003 and 2008 before returning to the UK - also sent their condolences, adding: "Policing is a family."

When he was not working, Sgt Ratana was heavily involved in rugby coaching.

"He is a bloke who is just so passionate about what he does - it does not matter whether you're the most talented or least talented, he will treat you equal," he said.

Crystal Palace Football Club held a minute's silence before their match against Everton at 15:00 on Saturday, to "pay our respects to local police officer Sgt Matt Ratana".

A minute's silence was also held before the London derby between Millwall and Brentford.

England Rugby also paid tribute to the 54-year-old, saying he "gave so much for our sport".

Neil Donohue, a friend of Sgt Ratana who runs a gym he used to attend, described him as "inspirational" and "the nicest, most generous man you could meet".

He told the BBC the 54-year-old had gone into "the custody side [of policing] purely because he had had enough out on the streets and he thought it was his safest option, just to see him through to his retirement".

"It's just absolutely tragic," he said.

A number of police officers have been turning their social media profile pictures black with a blue stripe to pay their respects.

John Davies, a retired officer who worked with Sgt Ratana when he was based in Hillingdon, west London, said he was "a truly remarkable, strong and unique individual" who "left an impression on all those he came into contact with".

Former police sergeant Alistair Livingstone told BBC Breakfast: "It's just utterly tragic. It almost gives all police officers, whether serving or not, the ultimate reality check that although perhaps we feel invincible when we go out and do the job everyone expects of us, in fact the risks are very real and it stops you in your tracks.

"The police are incredibly good when things go wrong like this. Some of the best support police officers get is from each other. Mental health is such a big issue across society so I hope the officers get all the support they need."