A man has been arrested on suspicion of supplying a firearm as part of the investigation into the fatal shooting of New Zealand-born police officer Matiu Ratana in London. 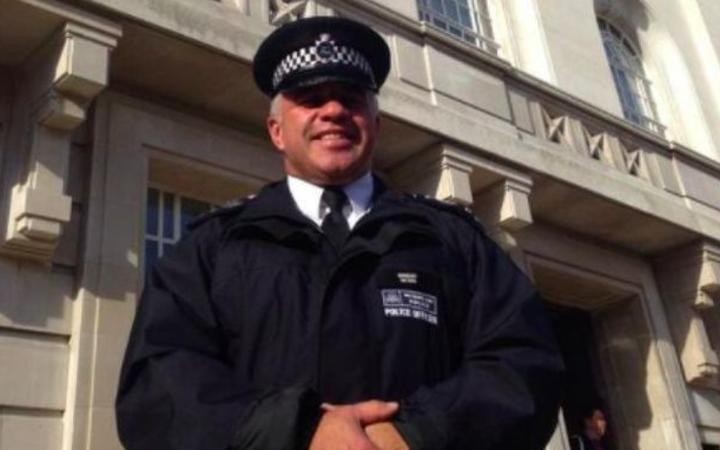 Matiu Ratana was fatally shot as a handcuffed suspect was being taken into custody in Croyden, London, on Friday. Photo: Hackney Police

The 54-year-old custody sergeant died in hospital after being shot at the Croydon custody centre as a handcuffed suspect was taken into custody on Friday morning. The man is then believed to have turned the gun on himself, and remains in hospital.

"He is in a critical condition and consequently we are not able to speak to him," the police said.

Police said another man was arrested in the early hours of Sunday in Norwich, Norfolk, on suspicion of supplying a firearm.

The second arrest came as Sgt Ratana was remembered by friends and teammates at East Grinstead Rugby Club, where he was head coach.

Prime Minister Jacinda Ardern told Morning Report Police Commissioner Andrew Coster was in contact with his counterpart in the UK over the "tragic loss" of Ratana, who had family here and other ties to New Zealand.

If his family were to travel there for the funeral and return, the cost of their managed isolation would be covered by the 'humanitarian reasons' exemption, Ardern said.

The West Sussex club's vice chairman Matt Marriot said they had to arrange two separate minute's silences because the "interest has been pretty enormous", with "people coming from all over the country".

He said Sgt Ratana, who was known as Matt, had been "a role model, a mentor and often a father figure", and the club mourned him "as a family member".

She wore her police uniform to pay her respects to Sgt Ratana, who she described as "an absolutely fantastic character, full of life, with the biggest smile you've ever seen".

Met Police Commissioner Dame Cressida Dick, speaking at the National Police Memorial in central London earlier, said she "hadn't been surprised at all" by the number of tributes paid to him.

"Matt was an extraordinary person... he had a wonderful personality and he was very good at his job," she said, adding that he was a "proud Kiwi".

Prince Charles also paid tribute to Sgt Ratana during a National Police Memorial Day service, saying his death was the "latest heartbreaking evidence of the risks".

Searches continue at Croydon Custody Centre, where the shooting happened, an address in Park Road, Banstead, Surrey, and an address in Southbrook Road, Norbury.

Residents near one of the search areas, in Banstead, Surrey, reported hearing a loud noise on Saturday morning. and were later told that a controlled explosion had taken place.

The Banstead address is down a long driveway and its land contains a series of concrete bunkers. A marked police car has been guarding the entrance to the property.