Succession, Schitt's Creek and Watchmen were the big winners at this year's Emmy Awards, which were held virtually amid the coronavirus pandemic. 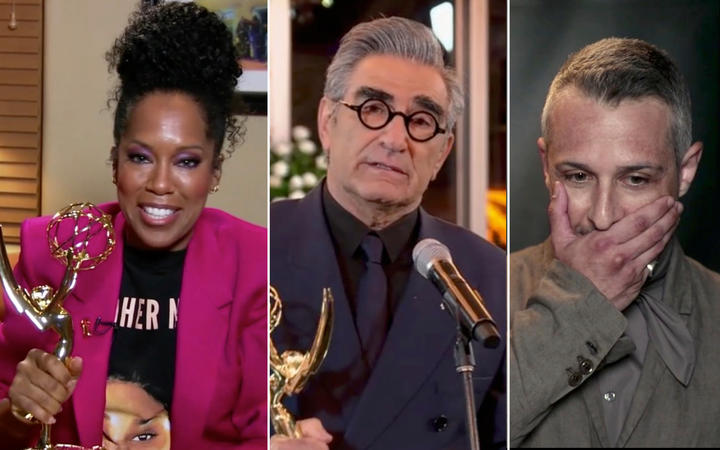 Schitt's Creek won nine prizes - breaking the Emmys record for most wins in a single season for a comedy.

It was a glowing send-off for the Canadian series, which broadcast its sixth and final season this year. 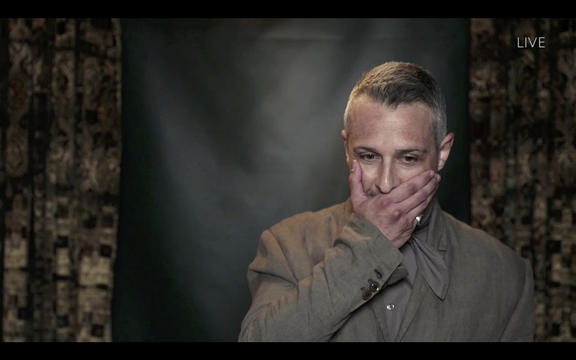 The HBO series also won prizes in the drama categories for best writing and best directing.

"This is such a very nice moment," said the show's British creator Jesse Armstrong from London. "But it's sad not to be with the cast and crew."

Armstrong listed a number of "un-thank yous" during his acceptance speech, criticising President Donald Trump and Prime Minister Boris Johnson for their respective responses to the coronavirus pandemic.

Zendaya, 24, became the youngest ever winner of best drama actress for her performance in Euphoria. 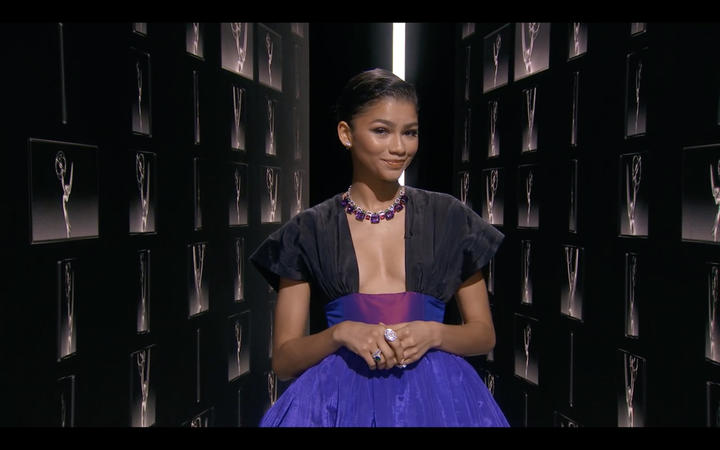 It was a significantly lower-key event this year, with most winners dialling in to make their acceptance speeches from home.

The ceremony was presented from an eerily empty Staples Centre in Los Angeles by comedian Jimmy Kimmel, with a few guest presenters joining him in the studio.

The Canadian comedy series, which was created by father-son duo Eugene and Dan Levy, follows the wealthy Rose family, who are forced to move to a motel in a small town after losing their fortune.

The show launched on Pop TV in 2015 but developed a strong fan following around the world after later being added to Netflix. 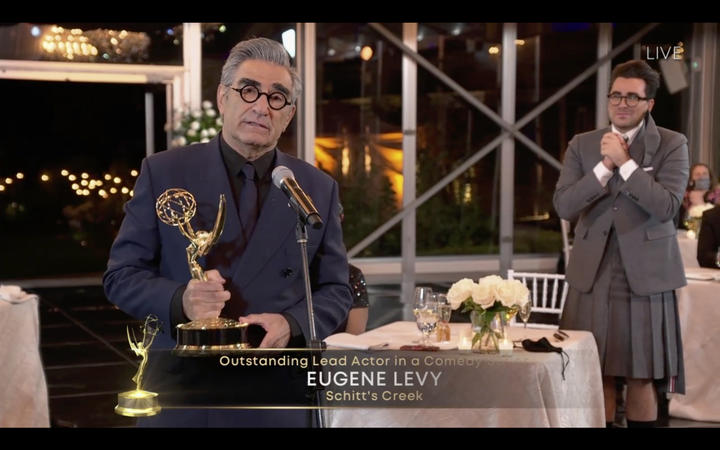 Its wins also included outstanding directing for a comedy series for Andrew Cividino and Daniel Levy, with the latter also winning outstanding writing for the finale episode 'Happy Ending'.

"Our show, at its core, is about the transformational effects of love and acceptance, and that is something we need more of now than we've ever needed before," said Dan Levy as he accepted the prize for best comedy series.

Paying tribute to his son, Eugene Levy added: "I want to thank this young man who took our fish-out-of-water story and transformed it into a story of inclusivity, a castigation of homophobia, and a declaration of the power of love, so thank you Daniel."

Best drama actress went to Zendaya for Euphoria, a teen drama which follows a group high school students as they grapple with issues of love, sex, drugs and identity.

The 24-year-old beat stiff competition from the likes of Jennifer Aniston, Laura Linney and Olivia Colman, and became the category's youngest-ever winner.

Regina King was named best actress in a limited series for her performance in Watchmen.

"This is freakin' weird!" joked the star as the Emmy was presented to her at her home. 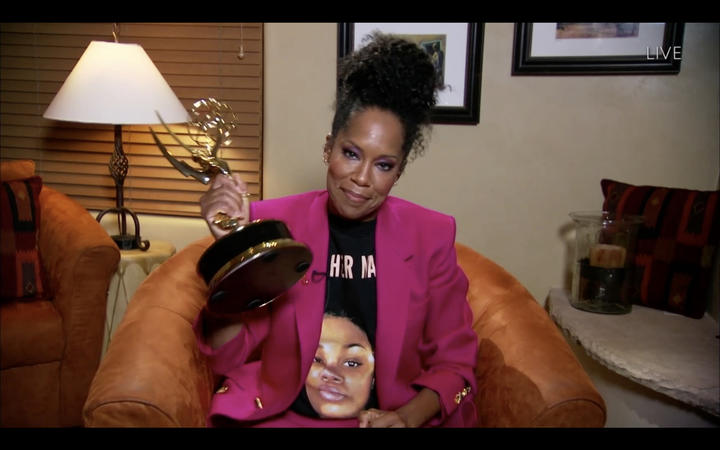 In her acceptance speech, she paid tribute to US Supreme Court Justice Ruth Bader Ginsburg, who died over the weekend, and encouraged viewers to register vote in the forthcoming presidential election.

King wore a T-shirt bearing the image of Breonna Taylor, a black woman shot and killed by police in Kentucky in March.

Her co-star Yahya Abdul-Mateen II was also named best supporting actor for his performance in the show.

Watchmen, an innovative reimagining of a superhero graphic novel that tackled racism in America, scored the most nominations this year.

It won a loyal following and critical acclaim last year during its nine-episode run.

"I want to dedicate this award to all the kids whose names, like mine, are difficult to pronounce," Parekh said in his acceptance speech.

"To those who don't look like their classmates, and are defined as outsiders... This is proof that you belong, and this Emmy is ours."

After the huge success of Fleabag in 2019, this year's ceremony was a disappointing night for British and Irish talent.

This year marked Kimmel's third time hosting the Emmys, after he fronted the ceremony in 2012 and 2016.

The Creative Arts Emmys took place earlier this week, with winners announced in categories such as casting, hair, make-up, lighting and sound design.

More than 25,000 members of the Television Academy vote for the awards, which were first presented in 1949.

The name Emmy derives from an early piece of TV equipment called the image orthicon camera tube - or the Immy.