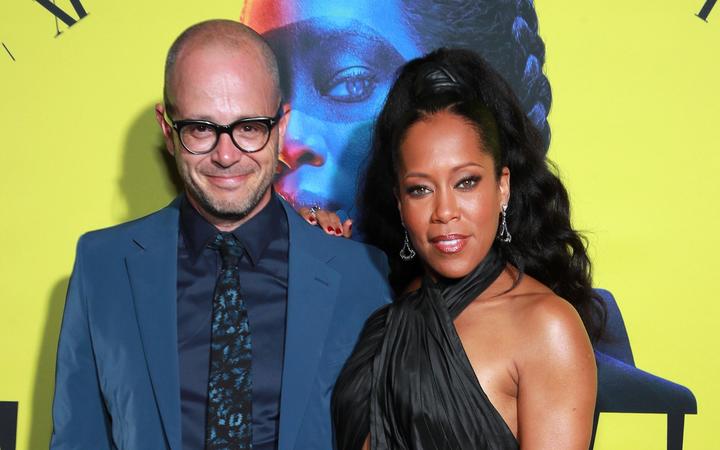 The show, which starred Regina King, has been recognised despite plans for a second series being scrapped.

Comedy drama The Marvelous Mrs. Maisel scored 20 nominations, while Ozark and Succession have 18 each.

British nominees this year include Killing Eve's Jodie Comer and The Crown's Olivia Colman - who are both up for best actress in a drama series.

Shows with the most nominations:

Fleabag creator Phoebe Waller Bridge is nominated for guest actress in a comedy series after hosting an episode of Saturday Night Live.

Her former co-star Andrew Scott is up for outstanding guest actor in a drama series, for his performance in an episode of Black Mirror.

Scottish actor Brian Cox is also recognised for his role in Succession - where he plays Logan Roy, a harsh and vindictive media baron.

Fellow Brits Matthew Macfadyen and Harriet Walter are also recognised for their performances in the satirical drama, which was created by British writer Jesse Armstrong (Peep Show, Fresh Meat).

Netflix has the most nominations, with 160 in total. It's the second time it has beaten its rival HBO, which has 107 this year.

HBO suffered from the absence of a former Emmys favourite Game of Thrones, which concluded in 2019 after its eighth season.

The Morning Show - which is one of the first original series to be produced by Apple TV - also scored several major acting nominations.

Jennifer Aniston, Steve Carrell, Mark Duplass and Billy Crudup were all recognised - but Reese Witherspoon, who is also an executive producer on the show, missed out.

Star Wars spin-off The Mandalorian, which was made available on the recently-launched Disney Plus, scored 15 nominations.

Primetime sitcom Modern Family - which has previously scooped 22 Emmy Awards (from 80 nominations) - only added three nominations for its final season this year. 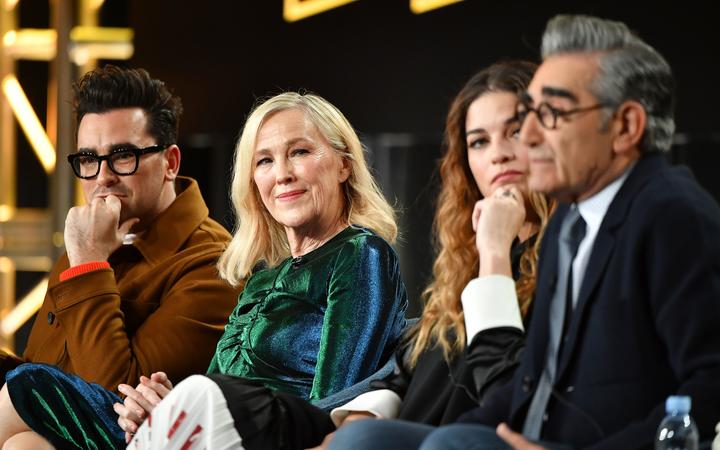 Watchmen, the most nominated show of the year, is an innovative reimagining of a superhero graphic novel that tackled racism in America.

It won a loyal following and critical acclaim last year during its nine-episode run.

But its creator Damon Lindelof did not want to produce a second series. He gave his blessing for HBO to make another one without him, but the network declined to do so.

The show's nominations include English actor Jeremy Irons for lead actor in a limited series.

Succession, which has 18 nominations, follows the dysfunctional Roy family, owners of a global media empire.

They fight for control of the company when faced with uncertainty over the health of the family's patriarch, Logan Roy.

Comedy series Schitt's Creek has 15 nominations this year, including acting nods for each of its four main stars.

The show tells the story of a formerly-rich family who suddenly go bankrupt. Their only remaining asset is the small and ugly town they once bought as a joke - where they now have to live in a motel.

The build-up to this year's nominations was disrupted by the coronavirus pandemic and the announcement took place virtually, with comedian Leslie Jones hosting.

The winners are scheduled to be announced on 20 September during a ceremony broadcast by ABC and hosted by Jimmy Kimmel.

The Emmys are the biggest night in US TV and recognise excellence in the medium.

Previous winners of multiple Emmys, such as Game of Thrones, Veep and Fleabag were out of the competition this year with their series having ended, leaving way for newcomers in the drama and comedy categories, a rarity for a night that is usually filled with repeat champions.