New weekly coronavirus cases in Europe have exceeded the numbers reported when the pandemic first peaked in March, the World Health Organisation has said. 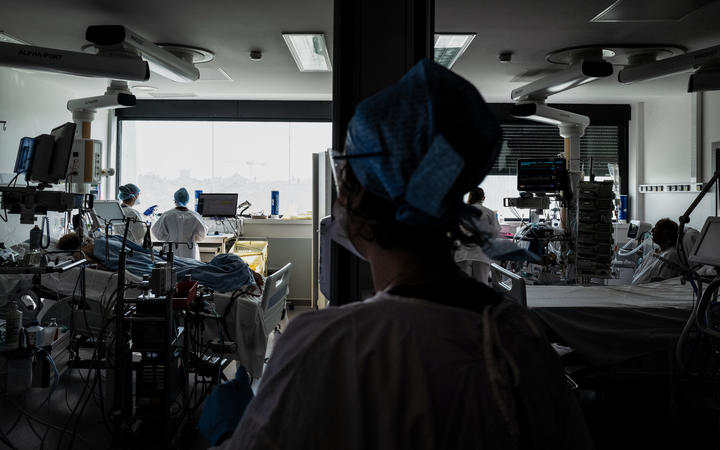 "We have a very serious situation unfolding before us," he said.

Some European countries, including the UK and France, have recorded their highest daily tallies in months.

Testing capacity has increased across Europe since the pandemic began, meaning that cases are now more likely to be identified and recorded.

But Kluge said the new figures also showed "alarming rates of transmission across the region".

Hospital admissions and deaths have not yet seen a similar rise, although Spain and France are seeing an upward trend.

While younger people - who are less likely to be severely impacted if they are infected - currently make up the largest proportion of newly recorded coronavirus cases, there are fears of many more cases of serious illness if the virus spreads to older and more vulnerable groups.

According to the WHO, there have been five million confirmed cases and more than 228,000 fatalities across Europe since the pandemic began.

"In June cases hit an all-time low," he said. "The September case numbers, however, should serve as a wake-up call for all of us."

But he stressed that knowledge about the best ways to contain the virus had improved since the pandemic first spread to Europe.

"We have fought it back before and we can fight it back again," he said.

Earlier this week Kluge warned that Europe should prepare for a rise in the number of coronavirus deaths in October and November, warning: "It's going to get tougher."

What's the situation around Europe?

In the UK, the number of new daily cases has reached the highest level since mid-May. New rules have been imposed to limit social gatherings and further local restrictions for parts of north-east England were announced on Thursday.

Health Minister Olivier Véran acknowledged the coronavirus "is again very active"; Lyon and Nice, two of France's biggest cities, have been given until Saturday to come up with new measures to tackle their outbreaks.

Véran and Prime Minister Jean Castex are among several ministers facing legal action over their handling of the crisis.

Other countries are seeing their own spikes: