Farmers and growers say if agriculture is going to drag the country's economy back into shape, they will need help to fix labour shortages. 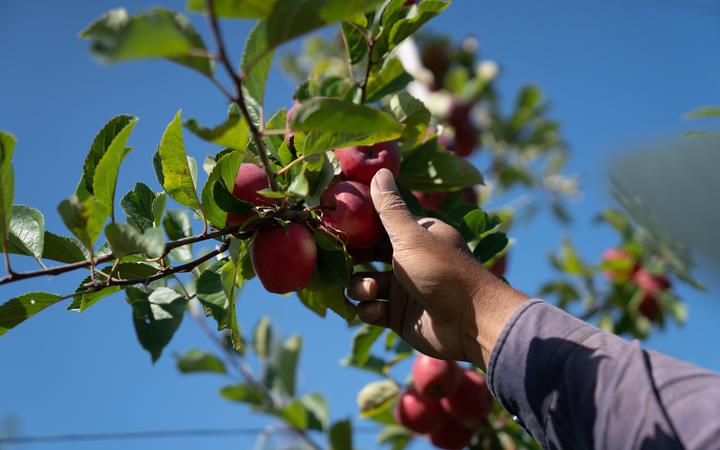 While urban centres went into a strict lockdown in April and May - contributing to a 12.2 percent tumble in gross domestic product - agriculture, forestry and fishing saw only a marginal drop of 2.2 percent.

He said even in the throes of the level four lockdown, his classification as an essential worker made it almost business as usual.

"Our milk still got picked up, which was fantastic. And any electrical problems with chillers or vats or anything to do with the farm was on the priority list for electricians to look at, so we could still carry on our business pretty much 90 percent as normal," he said.

"Locally and offshore, the world keeps on eating and our food exports in particular have proved resilient," he said.

He said the 2.2 percent fall couldn't even be blamed entirely on Covid-19.

"It is a little bit hard to dissect that number. But if you do talk to many people in the regions, most would argue the drought had a larger impact on our output for the quarter," he said.

But as harvesting season approaches he worried a lot of fruit might not make it to supermarket shelves, because the border remains closed to the seasonal workers who'd usually pick it.

"We've been tight for labour for years. And we certainly use all the local labour - that's a given, so the challenge is getting other people in here. But for every 10 percent you leave behind, it's $70 million in export earnings. So you can't afford to leave anything behind - we've need to earn every dollar we can in this world," he said.

"We're coming into the time of year where winter crops are established and new grass is established and any surplus pasture is harvested. The guys that carry out that kind of work do rely on seasonal staff, typically from the UK. They haven't been able to get staff in, so they're really going to be under the pump," he said.

For his own 550-cow dairy farm, he was waiting to see the effects of the pandemic on the price he gets paid for milk.

Dairy co-operative Fonterra will confirm the season's final price when its announces its full-year results on Friday morning.

The company last year reported a $605m loss, largely due to asset writedowns of $826m.

Agricultural economist Peter Fraser told Morning Report he would be very surprised if Fonterra wasn't back in profit.