Militants in Gaza launched rockets into Israel and Israeli aircraft hit targets in the Palestinian enclave in an explosive backdrop to the signing of pacts for formal ties between Israel and two Gulf Arab countries. 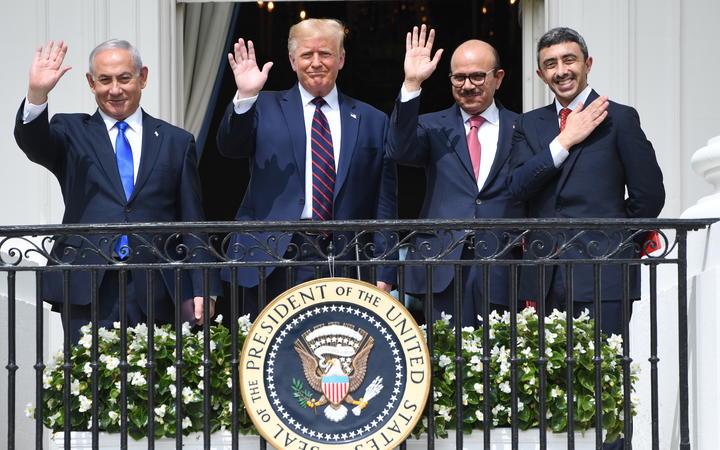 The Israeli military said it launched about 10 air strikes in Hamas Islamist-run Gaza early on Wednesday (local time) and that 15 rockets had been fired from the territory at Israeli communities near the border, where sirens sounded before dawn.

On Tuesday, a rocket from Gaza struck the coastal Israeli city of Ashdod, wounding two people, at the same time as Israel and the United Arab Emirates and Bahrain signed agreements at the White House to establish diplomatic relations.

"I'm not surprised that the Palestinian terrorists fired at Israel precisely during this historic ceremony," Prime Minister Benjamin Netanyahu said before his flight returning to Israel.

"They want to turn back the peace. In that, they will not succeed," he told reporters. "We will strike at all those who raise a hand to harm us, and we will reach out to all those who extend the hand of peace to us." 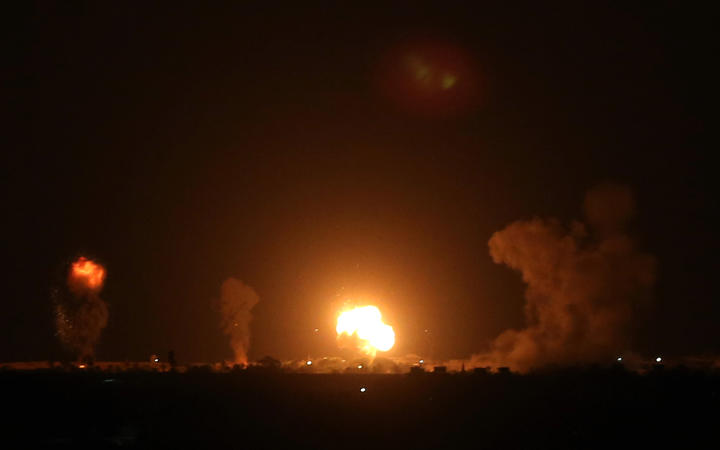 Palestinians, who seek an independent state in the occupied West Bank and Gaza, view the US-brokered deals as a betrayal of their cause.

No casualties were reported on either side of the Israel-Gaza frontier. The military said eight of the rockets launched on Wednesday were intercepted by its Iron Dome anti-missile system.

In a statement, the military said targets in Gaza included a weapons and explosives manufacturing factory and a compound used by Hamas for training and rocket experiments.

Without naming specific factions, the Islamic Jihad group in Gaza said that in response to the air strikes, the "resistance" fired rocket salvoes at Israel.