Scientists say they have detected in the harshly acidic clouds of Venus a gas called phosphine that indicates microbes may inhabit the inhospitable planet. 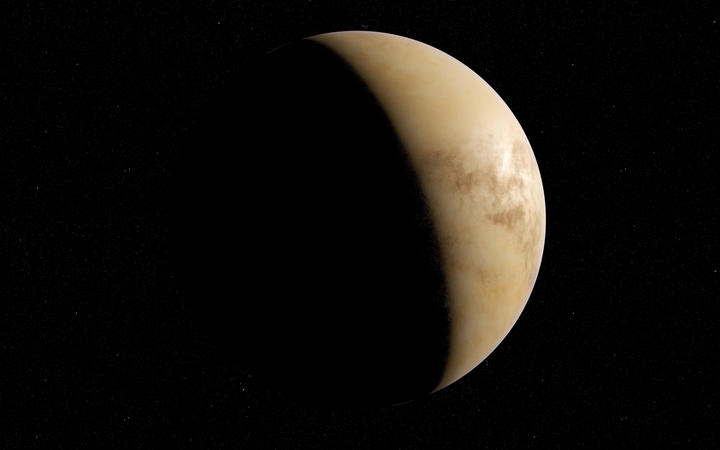 Research continues to either confirm the presence of life or find an alternative explanation. Photo: AFP / Sciepro/ Science Photo Library

The researchers did not discover actual life forms but noted that on earth phosphine is produced by bacteria thriving in oxygen-starved environments.

"I was very surprised - stunned, in fact," said astronomer Jane Greaves of Cardiff University in Wales, lead author of the research published in the journal Nature Astronomy.

The existence of extraterrestrial life long has been one of the paramount questions of science.

Scientists have used probes and telescopes to seek "biosignatures" - indirect signs of life - on other planets and moons in our solar system and beyond.

"With what we currently know of Venus, the most plausible explanation for phosphine, as fantastical as it might sound, is life," said Massachusetts Institute of Technology molecular astrophysicist and study co-author Clara Sousa-Silva.

"I should emphasise that life, as an explanation for our discovery, should be, as always, the last resort," Sousa-Silva added.

"This is important because, if it is phosphine, and if it is life, it means that we are not alone. It also means that life itself must be very common, and there must be many other inhabited planets throughout our galaxy."

Earth-based telescopes like those used in this research help scientists study the chemistry and other characteristics of celestial objects.

Phosphine was seen at 20 parts-per-billion in the Venusian atmosphere, a trace concentration.

Greaves said the researchers examined potential non-biological sources such as volcanism, meteorites, lightning and various types of chemical reactions but none appeared viable.

The research continues to either confirm the presence of life or find an alternative explanation.