Investigators have found the so-called "black boxes" of a plane that crashed in the southern India state of Kerala, killing at least 18 people. 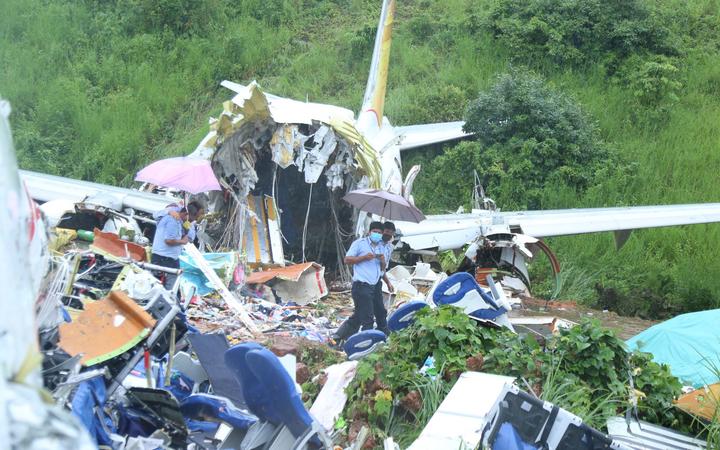 Investigators at the scene of the crash in the state of Kerala. Photo: AFP

The Air India Express plane, en route from Dubai, skidded off the runway during bad weather before breaking in two while landing at Kozhikode airport.

There were 190 people on board the flight and one official said it was a "miracle" the toll was not higher.

It is still India's worst passenger air crash in a decade.

The flight was repatriating Indians stranded by the coronavirus crisis. First responders to the crash have been asked to go into quarantine.

Prime Minister Narendra Modi said he was "pained" by the accident. 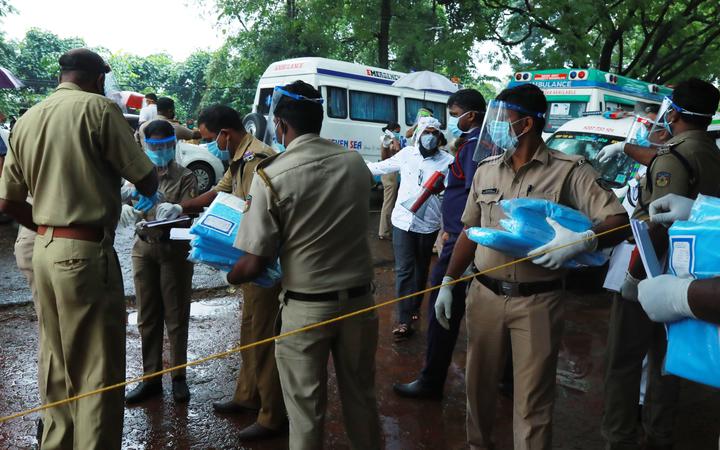 Police distribute PPE before assisting with the recovery of bodies from the plane crash. Photo: AFP

Flight IX 1134 was carrying 184 passengers, including 10 infants, and six crew when it attempted to land at the airport in Kozhikode, formerly known as Calicut.

The Boeing 737 aircraft crashed at 7.40pm (local time) yesterday. Indian media said the pilots could not see the runway during a first attempt at landing due to heavy rain.

When they did touch down, the plane is said to have landed on a taxiway hundreds of metres before the runway, then skidding off and sliding into a ditch. 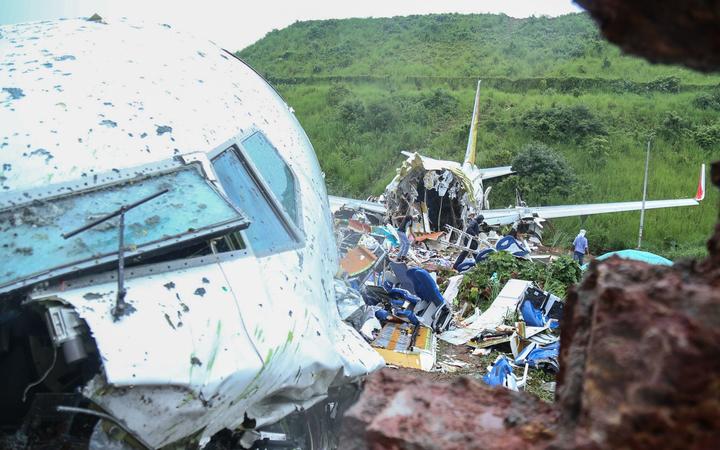 The impact broke the plane in two. Images from the scene showed the fuselage shredded, with the blue seats from the jet scattered along the ground.

Kozhikode has a table-top airport, a challenge for air crew during difficult landings as they typically have steep drops at one or both ends of the runway.

Both the pilots were among the dead. Nearly 150 people are being treated in hospital.

What's the latest on the investigation?

India's Aviation Minister Hardeep Singh Puri visited the scene of the crash today, where he announced the recovery of the flight data recorder and cockpit voice recorder, which could prove crucial to investigating the crash.

He praised the lead pilot and said it was too early to say what the precise cause of the accident was.

"We have to be grateful that the casualties are only this much," he said.

"The aircraft fell 35 feet [10 metres] down and rescue people were able to reach there immediately, cut the body of the plane and retrieve people trapped inside."

"Fuel had leaked out so it was a miracle that the plane did not catch fire, the toll could have been much higher," one senior emergency official at the scene said.