Lidar technology has revealed a whole new timeline of human occupation across the UK, from prehistoric burial mounds to hidden Roman roads to medieval farmsteads. 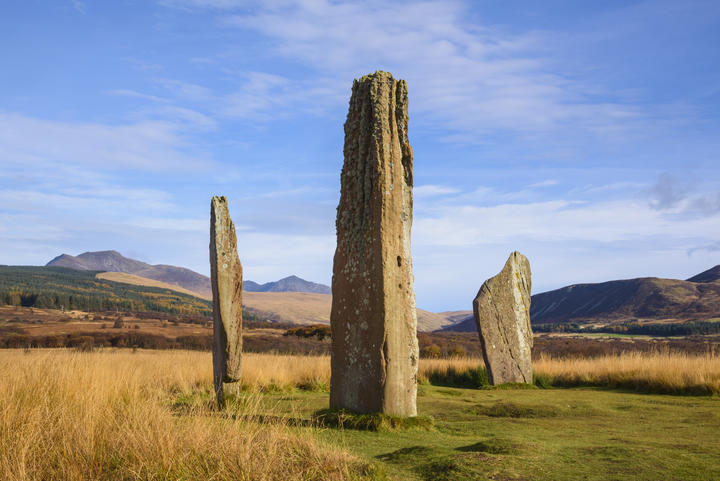 Machrie Moor stone circles, on the Isle of Arran, Scotland. Documented human activity on the Isle dates as far back as 10,000 years. Photo: AFP/ Gary Cook

Today, Bodmin Moor in north-eastern Cornwall is one of Britain's most breath-taking wildernesses, where heather-covered high moors pocked by granite outcrops are cut with sharp river gorges and lonely woodlands. It's not a place you would associate with much human activity: the residents that seem most at home here are the area's wild horses. Only a clutch of stone circles and strange rocky formations - their mysterious origins and purposes lost in the mists of time - hint at past human presence.

But archaeological discoveries made this year are transforming perceptions of Bodmin and the neighbouring Tamar Valley as well as its sister wilderness of Dartmoor in Devon. This archaeology, though, hasn't involved the old-fashioned technique of slowly scraping through soil to delve back through the centuries. Today's history-changing discoveries are being made in a very modern way: by laser-scanning.

In the past few months, archaeologists have pored over hi-tech Lidar (Light Detection and Ranging) scans to discover a whole new timeline of human occupation across this landscape, from prehistoric burial mounds to hidden Roman roads and, perhaps most intriguingly, hundreds of previously unsuspected medieval farmsteads and settlements. 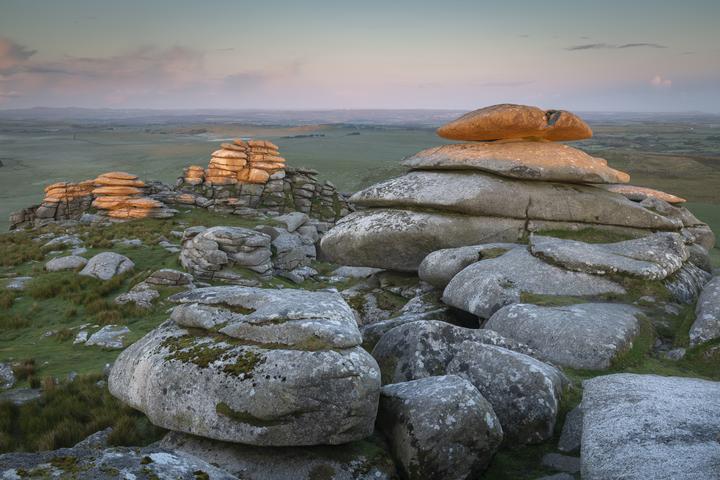 Lidar provides high-resolution scans of a landscape from the air by firing a rapid succession of laser pulses at the ground from an aeroplane, helicopter or drone and measuring how they reflect back. Differences in return times and wavelengths are then used to make precise, digital 3D maps of the terrain. First developed in the 1960s, one of Lidar's earliest uses was to map the surface of the Moon during the 1971 Apollo 15 mission.

In the UK, the primary use of Lidar for decades was to gather information for the Environment Agency to tackle coastal erosion and inland river floods. But the decision to make the data publicly accessible in 2015 gave UK archaeologists an exciting new way to spot previously undiscovered historical features just below the surface, such as the straight-line imprint of old Roman roads and ancient Iron Age forts.

"One word is 'transformative'," said Dr Christopher Smart, a landscape archaeologist at the University of Exeter, who has been using Lidar scans to gain a radical new understanding of past human activity in England's far west.

"The key thing about Lidar is that it can detect fine changes in topography invisible to the naked eye on the ground or from an aircraft using standard photography. They simply would not be picked up using other means." 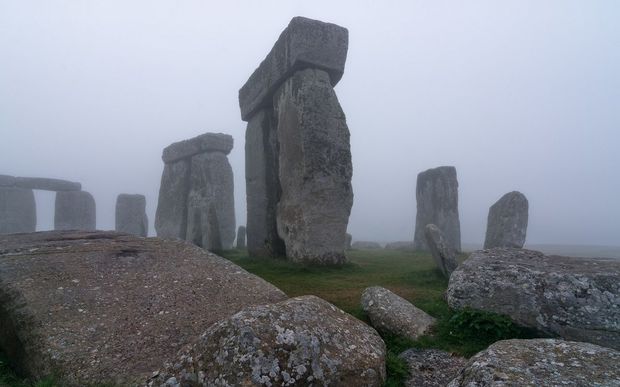 New discoveries around Stonehenge include up to 60 huge stone pillars spread across a 1.5km range. Photo: Ludwig Boltzmann Institute

Having worked through just a tenth of the Lidar data available, Smart's team has discovered around 30 previously unsuspected settlements this year, believed to date from between 300BC and 300AD, as well as hundreds of medieval farms, field systems and quarries, plus more than 20 miles of previously unknown Roman roads.

These discoveries reveal a region far busier with human activity two millennia ago than any experts previously believed.

Even sites previously believed to have given up all their historical data are being re-evaluated.

"Pretty much wherever Lidar has been applied we have seen tremendous insights, even in landscapes such as Stonehenge that have been very well studied," said Rebecca Bennett, whose Pushing the Sensors consultancy provides Lidar training.

Teaming Lidar with other hi-tech tools such as magnetometers and ground-penetrating radar (GPR), discoveries around Stonehenge include the remains of a large 6000-year-old timber building believed to be linked to burials and rituals, plus signs of up to 60 previously unknown huge stone pillars spread across a 1.5 km range, far more extensive than today's iconic single stone circle.

Many more discoveries are likely to come once the Environment Agency completes its National Lidar Programme that aims to scan the whole of England by mid-2021.

"Archaeologists will find new sites in all areas," said Smart. "I am looking forward to data for southern England, to explore the potential for unknown remains associated with the westwards Roman military campaigns in the second half of the 40s AD.

"Another significant use of Lidar data will be mapping the medieval landscape: the open fields, hedged paddocks and settlements in the period 1100-1700. We will be able to reconstruct those past landscapes in a way not done before." 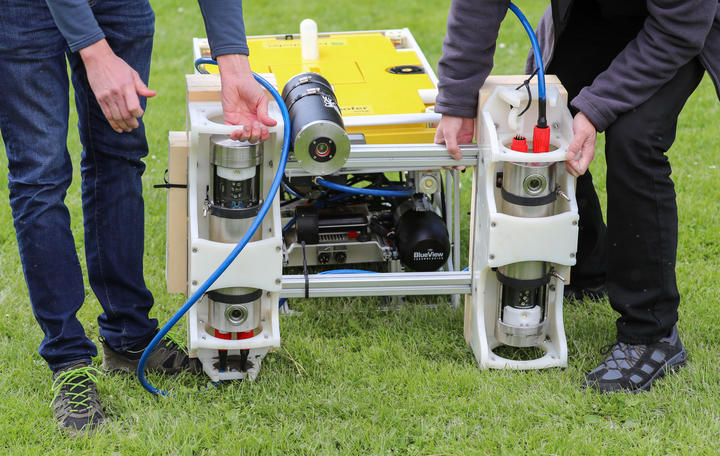 Members of a research group mounting a high-resolution 3D laser to scan a lake bed in Germany. Photo: AFP

The new Lidar findings will allow us to flesh out our picture of how Britons lived during a millennium from late Roman to medieval times.

Building on work Smart and others chronicled in the 2015 book The Fields of Britannia, new data will provide further details of both continuity and change in land use during the centuries after the Romans departed and Britain began to mould itself anew.

It's hoped that the greater details revealed by Lidar scans of southern England, showing the precise pattern of farming and settlement, will increase our understanding of how Britain's most densely settled region today was founded - and contrast development in the south with Smart's research in the far west.

Beyond the Environment Agency's work, Lidar is uncovering a dizzying array of unexpected discoveries across the UK and abroad.

In 2019, for example, the BBC reported how Lidar scans by Historic Environment Scotland (HES) of just one island - Arran in the Firth of Clyde - revealed around 1000 unsuspected ancient sites, from Neolithic settlements to medieval farmsteads.

"As this technology becomes more widely available, we expect to find tens of thousands more ancient sites across the rest of Scotland, working at a pace unimaginable a few years ago," said HES rapid archaeological mapping manager Dave Cowley.

Two of Lidar's ace cards are its ability to 'see through' tree canopy, as well as generating fast scans of large areas that might otherwise take years of ground exploration.

This has dramatically changed understanding of jungle-shrouded sites around the world, like the vast Angkor Wat temple complex in Cambodia, revealed by Lidar in 2016 to have been surrounded by a now-vanished ancient city, as reported by The Guardian.

Our new LIDAR results from Tap o' Noth. Hillfort in centre surrounded by hut platforms and a huge enclosure. pic.twitter.com/UabLdSq8bc

Or take the US researchers who spent two back-breaking years of traditional ground work at the 12th-Century pre-Hispanic site of Angamuco in central Mexico, before turning to Lidar in 2009. A Lidar scan that took just 45 minutes turned up more than 20,000 architectural features across a dozen square kilometres.

The pyramids and open plazas detected across eight zones at the city's edge instantly revealed not only key new elements of an important city but previously unsuspected sites to explore later at ground level.

Being able to peer through leafy obstructions isn't just a boon in far-flung locations. Lidar has been crucial in the Secrets of the High Woods project, an ongoing community archaeology initiative to discover hidden history within the woods of the South Downs National Park in southern England. In 2014, Lidar scanned 305 sq km to the north of Chichester (once a key Roman town known as Noviomagus Reginorum).

One major discovery was the clear straight-line traces of a Roman road running east along England's south coastal plain - a road experts had long argued must have existed, but of which no trace had been found until Lidar's intervention.

One of the key discoveries made this year was in the north of Scotland, where laser-scanned topography revealed signs that a 4th-Century hillfort site called Tap O'Noth was at the heart of one of the largest settlements in Britain of a people known as the Picts.

"Far from being the small settlement previously imagined, the new data provided evidence that this had instead been one of the largest ancient towns in Scotland, home to an estimated 4000 people living in 800 huts. 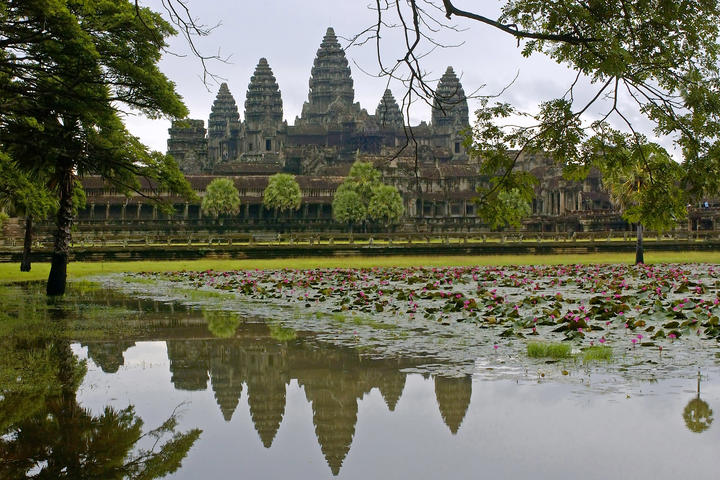 For Noble, the Tap O'Noth is just the latest in a stream of discoveries about the Pictish era in Scotland. "Pictish period archaeology is traditionally one of most difficult periods to find sites," he said. "Our Northern Picts Project has found new Pictish power centres at Dunnicaer and Rhynie - as well as shedding important new light on sites known for years, such as Burghead and Mither Tap."

We expect to find tens of thousands more ancient sites across the rest of Scotland.

Lidar also provides a wonderful chance for amateurs to contribute to archaeology discoveries by assisting experts in poring over reams of data.

This form of community archaeology has come into its own during the coronavirus lockdown, when archaeological teams have been unable to get to sites for ground-level excavation but people have had plenty of time to sit at home and do important archaeological "digging" with their eyes.

Smart, for example, turned to amateur archaeologists during Covid-19, when sites were shut, to look over the Lidar scans of the Tamar Valley in southern England. This revealed history-changing new sites in places like Bodmin Moor.

"I'm glad that we could continue to do volunteer-led research in these unsettling times," said Smart. "At the current rate we expect [volunteer researchers] to recognise hundreds of new archaeological sites in the coming month or two." 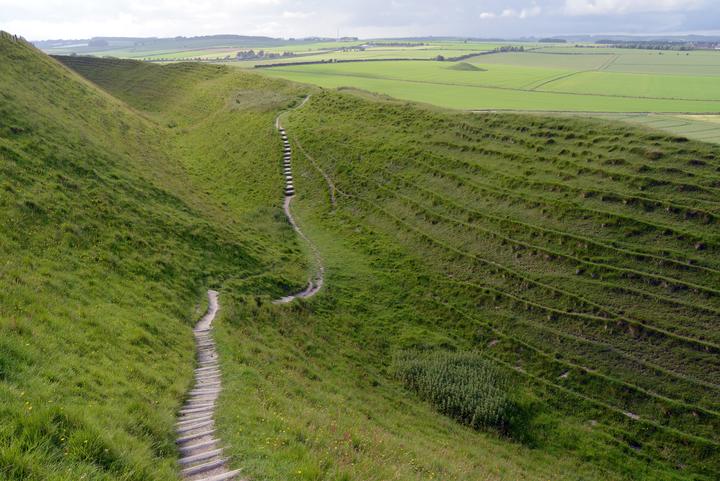 The Maiden Castle hillfort dates back to the iron age, near Dorchester, South England. Photo: AFP

Bennett agrees; "Lidar has given opportunities to widen access to archaeological landscapes through community projects, from the South Downs to the Darent Valley and the Gwent Levels," she said.

Current projects looking for Lidar map-reading volunteers, Bennett said, are the Kent Lidar Portal and Chilterns Beacons of the Past. She also picks out opportunities, whether gazing at hi-tech scans indoors or old-fashioned fieldwork, for amateur archaeologists across the UK through Dig Ventures.

"It's all about people, actually," said Anne Bone, cultural heritage lead at the South Downs National Park Authority. "It's analysing landscape - but it's the things people have done in the landscape... At a glance on one of these Lidar maps you can see the whole history of the human race in this area."

All without even getting your hands dirty.