The head of Germany's public health agency has said he is "very concerned" by rising infections in the country. 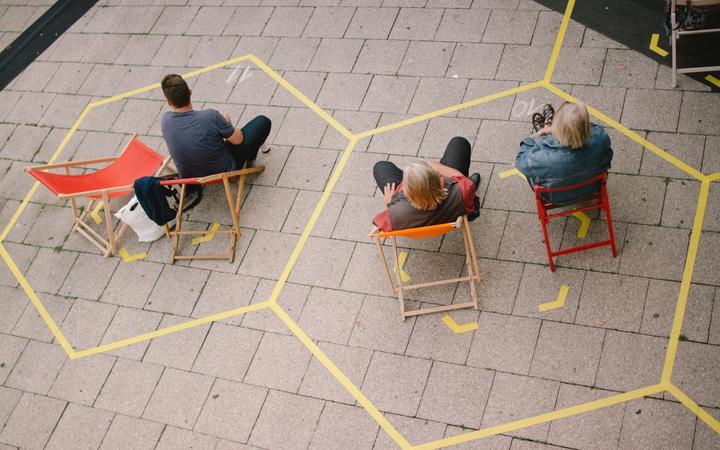 "We are in the middle of a rapidly developing pandemic," Lothar Wieler, head of the Robert Koch Institute (RKI), told reporters.

In the past week the country has recorded 3611 new infections.

The warning comes as countries across Europe grapple with new infections and the problem of travellers moving across the continent for the summer holidays.

On Tuesday Germany issued a travel warning for three regions in Spain - Aragón, Catalonia and Navarra - which have seen a recent spike in infections.

The UK has imposed a 14-day quarantine on all arrivals from Spain - a move Spanish Prime Minister Pedro Sánchez called "unjust".

Germany announced on Monday a programme of free, mandatory coronavirus testing for travellers returning from a list of high-risk countries. The list currently includes Brazil, Turkey and the US, and officials said it will be updated daily.

What did Mr Wieler say?

At a press conference on Tuesday, Mr Wieler asked people for the first time to wear a mask outdoors if they cannot maintain a physical distance of at least 1.5 metres.

Previously the guidance had been to wear masks indoors in public.

The head of the RKI said Germans must stop the virus once again spreading "rapidly and uncontrollably" by following hygiene and distancing measures.

"We don't know yet if this is the beginning of a second wave but of course it could be," Mr Wieler said. "But I am optimistic that if we follow the hygiene rules we can prevent it, it's up to us." 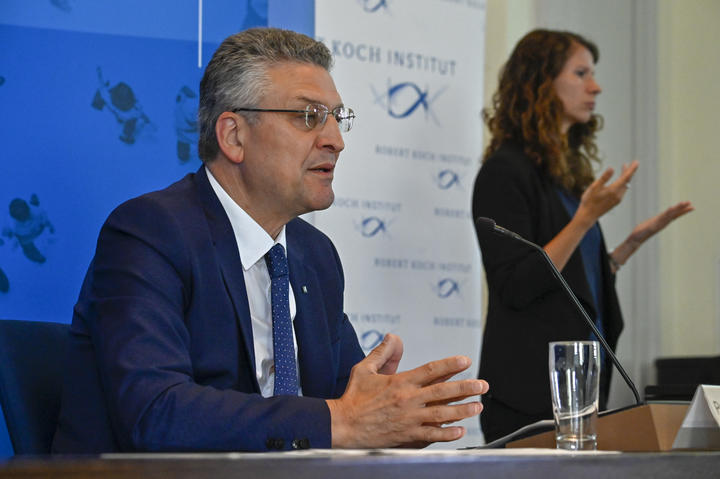 How is the virus spreading in Germany?

These numbers - in particular the death toll - are lower than many other European states, and Germany has won praise domestically and internationally for its rapid response to the pandemic and its mass testing programme.

But in recent days cases have jumped. New recorded infections increased by 633 on Tuesday, nearly double Monday's rise of 340. Over the last week the country has reported an average of 557 new infections daily, compared with about 350 in early June.

Moreover, the rise is widespread, with counties across the country reporting new cases. An RKI official said that only a few weeks ago nearly 150 counties were reporting no new infections, compared with only 95 counties now.

How are other European countries doing?

On Monday, Belgium reduced the size of its social bubbles to five people after a rise in cases.

Authorities in the city of Antwerp have imposed a night-time curfew on all but essential workers and have mandated that everyone aged over 12 must wear a mask in public.

Spanish officials are still hoping to get the UK to reverse or amend its quarantine order in a bid to save its embattled tourism industry. New infections remain high in the north-east, although nationally the outbreak remains under control, with few new cases emerging in other regions.

Nations in southeastern Europe are the continent's worst-affected.

Kosovo reported a record rise of almost 300 new infections on Tuesday, and its public health officials have warned that hospitals and health workers are overwhelmed by the number of cases.

Romania meanwhile has recorded more than 1,000 new cases for the seventh day in a row. The country now has more than 47,000 infections.

But Slovenia and Croatia have reported few infections compared to neighbouring states, and from Tuesday UK travellers can head to Slovenia without having to quarantine when they return.