Ghislaine Maxwell, Jeffrey Epstein's associate charged with luring young girls so the late financier could sexually abuse them, pleaded not guilty in federal court in Manhattan. 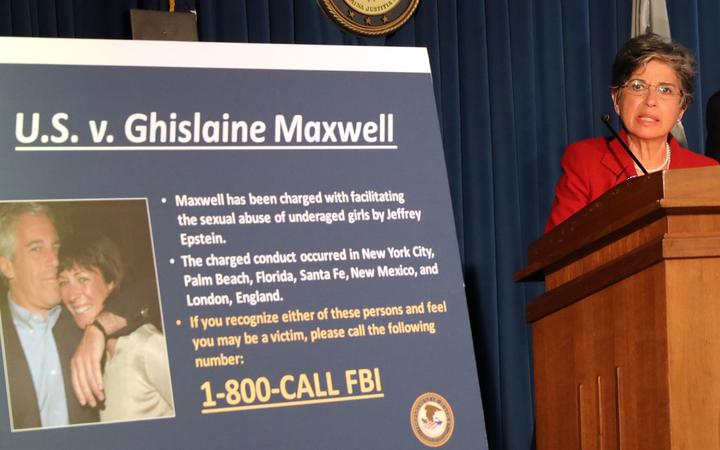 US District Judge Alison Nathan in Manhattan presided over the arraignment and bail hearing for Maxwell, who prosecutors have accused of helping Epstein recruit and eventually abuse girls from 1994 to 1997 and lying about her role in depositions in 2016.

Maxwell, the judge said during a hearing lasting more than two hours, has "demonstrated sophistication in hiding her resources and herself".

Maxwell, 58 was charged with six criminal counts, including four related to transporting minors for illegal sexual acts and two for perjury.

"Not guilty, your honour," Maxwell said, after the judge asked her how she wished to plead to the charges. She waived the public reading of the indictment.

Maxwell appeared by video from the Brooklyn jail where she is being held. She appeared tired, with her hair pulled back and was wearing a brown T-shirt and tortoiseshell glasses.

Alison Moe, a federal prosecutor, said the government's investigation is ongoing, but did not currently anticipate seeking an amended indictment expanding the charges against Maxwell. Moe said the prosecution would take "no more than two weeks" to present its case and recommended three weeks for the trial.

The wealthy socialite's lawyers sought a bail package including a $5 million bond and home confinement with electronic monitoring. Prosecutors wanted Maxwell to remain in detention and opposed her bid for bail, calling her an "extreme" flight risk with no reason to stay in the United States.

Maxwell, Epstein's former girlfriend and longtime associate, was arrested on 2 July in Bradford, New Hampshire, where authorities said she was hiding out at 63 hectare property she bought in December in an all-cash transaction with her identity shielded. Maxwell has been held since 6 July at the Metropolitan Detention Center, a Brooklyn jail.

Epstein was charged in July 2019 with sexually exploiting dozens of girls and women from 2002 to 2005 at his homes in Manhattan and Palm Beach, Florida. He hanged himself on 10 August at age 66 in a Manhattan jail.

Prosecutors accused Maxwell of luring girls as young as 14 by asking them about their lives, schools and families and taking them shopping or to movies - acts, they said, that served as "the prequel" to Epstein's abuse. Epstein has been linked socially to several powerful figures including President Donald Trump, former President Bill Clinton and Britain's Prince Andrew.

Lawyers for Maxwell also said bail was justified because she might contract Covid-19, the disease caused by the novel coronavirus, in jail.

Lawyers for Maxwell said she moved to the New Hampshire property and changed her phone and email address in order to escape "unrelenting and intrusive media coverage." Prosecutors said on Monday that when FBI agents went to arrest Maxwell, they had to forcibly enter her home, where she hid in an interior room, and found a cellphone wrapped in tin foil in an apparent effort to evade detection.

These include that her alleged misconduct occurred long ago and would be hard to prosecute, and that she was shielded by Epstein's 2007 plea agreement with federal prosecutors in Miami, which covered "any potential co-conspirators."