Deutsche Bank has been hit with a $US150m fine for failing to properly monitor its relationship with convicted sex offender Jeffrey Epstein. 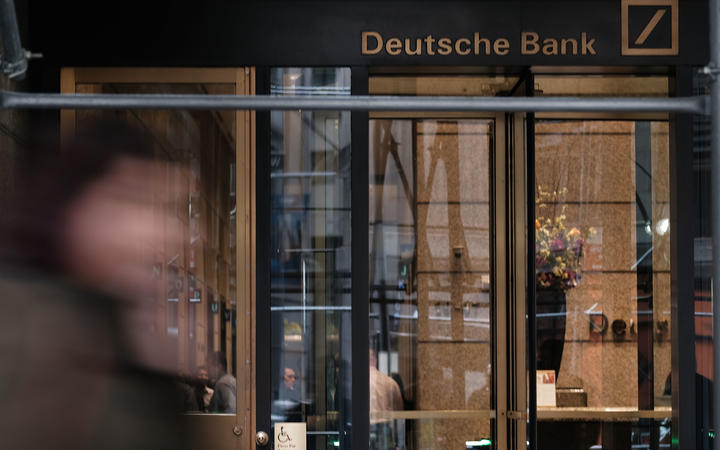 Those included payments to Russian models and $US800,000 in "suspicious" cash withdrawals.

Deutsche said it "deeply" regretted its relationship with Epstein.

It said it had spent almost $US1bn to improve its training and controls and expand its anti-financial crime team to more than 1500 people.

"We acknowledge our error of onboarding Epstein in 2013 and the weaknesses in our processes, and have learnt from our mistakes and shortcomings," the bank said in a statement. "Our reputation is our most valuable asset and we deeply regret our association with Epstein."

New York's Department of Financial Services said the bank, which worked with Epstein from 2013 to 2018, helped him transfer millions of dollars, including more than $US7m to resolve legal issues and more than $US2.6m in payments to women, covering tuition, rent and other payments, among other transactions.

"Whether or to what extent those payments or that cash was used by Epstein to cover up old crimes, to facilitate new ones, or for some other purpose are questions that must be left to the criminal authorities, but the fact that they were suspicious should have been obvious to bank personnel at various levels," the regulator said.

"The bank's failure to recognise this risk constitutes a major compliance failure."

The settlement also cited Deutsche's failures to monitor transactions with the Danske Estonia and FBME Bank adequately, despite having identified risks related to money-laundering at the two institutions.

The fine is the first regulator action against a financial institution for its dealings with Epstein, who died in prison on 10 August as he awaited, without chance of bail, his trial on sex trafficking charges. His death was determined to be a suicide.

But Deutsche has faced multiple penalties for its compliance failures in recent years, including over its failure to stop Russian money-laundering. Its relationship with US President Donald Trump has also brought scrutiny.

In an internal memo, Deutsche Bank chief executive Christian Sewing said it had been a "critical mistake" to accept Epstein as a client and acknowledged past lapses in the lender's oversight.

"We all have to help ensure that this kind of thing does not happen again," he said.