An epidemiologist based in Melbourne, which has just gone into a six-week lockdown, says we need to learn from their mistakes and protect our borders. 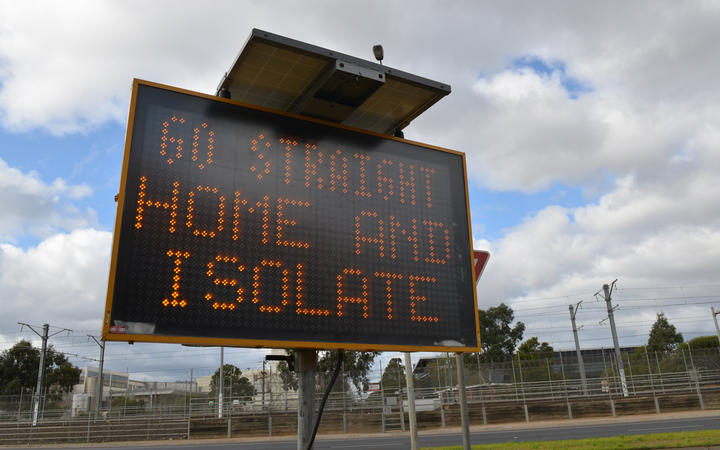 This morning Melbourne residents woke up to their first day in strict lockdown.

Panicked shoppers have once again stripped shelves of toilet paper as another 134 cases were confirmed in the state of Victoria yesterday.

Police have stopped a number of drivers attempting to flee over the NSW-Victoria border.

Epidemiologist professor Tony Blakely, who is in lockdown in Melbourne, told Morning Report there will be a much stronger police presence this time around.

"It will be different this time. I think there will be a stronger sense of compulsion."

He says, like New Zealand, Australia wants to eliminate the virus and every state and territory apart from New South Wales and Victoria have successfully done so.

"Victoria stands out like a sore thumb. We don't want that case number to keep going up and it was starting to get some real momentum... I do think this was necessary."

Blakely said New Zealand is in a privilege position to have eliminated the virus and we should be protecting our borders "really strongly".

He said Melbourne's current problems began with a leakage out of quarantine and it should serve as a "big lesson" for New Zealand.

"You have no virus, the only way for it to get in is a breach in your international borders. You need to do quarantine really well."

He said it only takes one infected person leaking the virus out of quarantine to turn into a "explosive" situation.

When told about the most recent case of a man escape quarantine while infected, Blakely said "that's not good."