Global coronavirus cases have exceeded 11 million, according to a Reuters tally, marking another milestone in the spread of the disease that has killed more than half a million people in seven months. 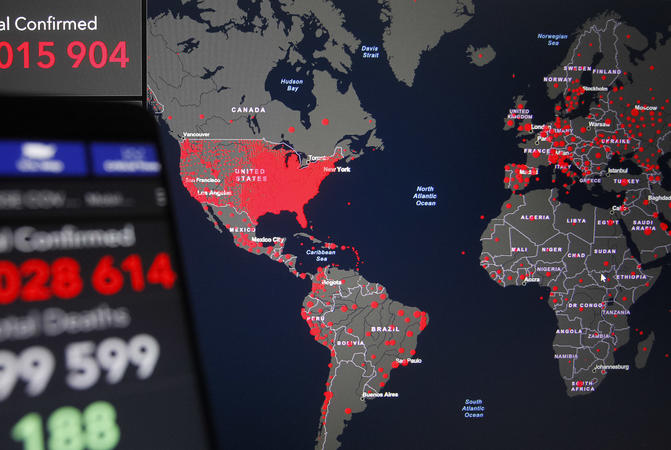 A world map of the Covid-19 coronavirus cases by the Center for Systems Science and Engineering at Johns Hopkins University is seen on 28 June, 2020. Photo: STR / NurPhoto illustration

The number of cases is more than double the figure for severe influenza illnesses recorded annually, according to the World Health Organization.

Many hard-hit countries are easing lockdowns put in place to slow the spread of the coronavirus while making extensive alterations to work and social life that could last for a year or more until a vaccine is available.

Some countries are experiencing a resurgence in infections, leading authorities to partially reinstate lockdowns, in what experts say could be a recurring pattern into 2021.

The United States reported more than 55,400 new Covid-19 cases on Thursday, a new daily global record as infections rose in a majority of states. Several US governors halted plans to reopen their state economies in the face of a surge in cases.

Almost a quarter of the known global deaths have occurred in the United States - nearly 129,000. A recent surge in cases has put President Donald Trump's handling of the crisis under a microscope and led several governors to halt plans to reopen their states after strict lockdowns.

Latin America, where Brazil has 1.5 million cases, makes up 23 percent of the global total of people infected. India has become the new epicenter in Asia, rising to 625,000 cases.

Asia and the Middle East have around 12 percent and 9 percent respectively, according to the Reuters tally, which uses government reports. 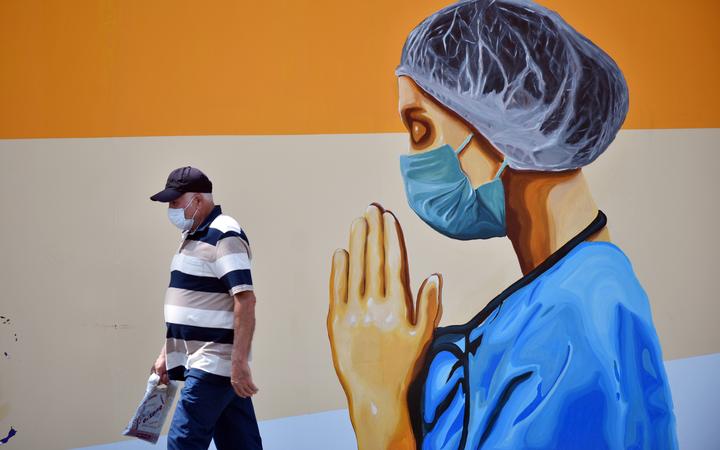 A man wearing face mask walks past a mural depicting of a healthcare worker and a world map with flags on walls of idle cinema building in Mersin, Turkey on June 23, 2020. Photo: Serkan Avci / Anadolu Agency

In some countries with limited testing capabilities, case numbers reflect a small proportion of total infections. Health experts caution that the official data likely does not tell the full story, with many believing that both cases and deaths have likely been underreported in some countries.

Worldwide, there have been more than 520,000 fatalities linked to the disease so far, roughly the same as the number of influenza deaths reported annually.

The first death linked to the new coronavirus was reported on 10 January in Wuhan in China, before infections and fatalities surged in Europe, then the United States, and later Russia.

The pandemic has now entered a new phase, with India and Brazil battling outbreaks of over 10,000 cases a day, putting a major strain on resources.

Countries including China and Australia have experienced new outbreaks in the past month, despite largely quashing local transmission.