Two teenage girls have appeared in an Australian court after being charged with the murder and torture of a man who fell to his death from a Surfers Paradise apartment. 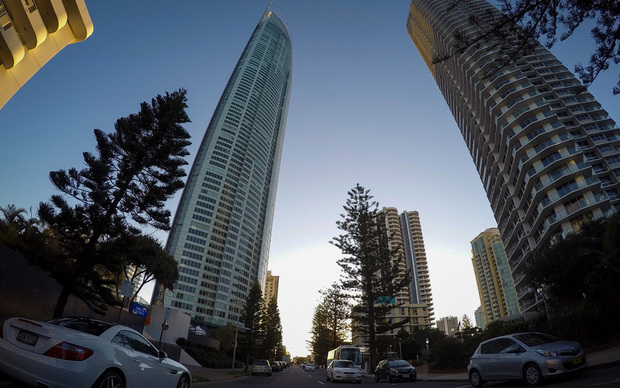 The girls appeared in Southport Children's Court on Queensland's Gold Coast today after being charged in relation to 19-year-old Cian English's death.

English's body was found at the bottom of the View Pacific Resort in Surfers Paradise just after 3am on Saturday 23 May.

Police have previously said English had been staying at the hotel with friends and partying when they went upstairs to a unit where another group of people, not known to them, were also partying.

Today, Detective Inspector Brendan Smith said that after some time, three men in that unit tortured English and his friend, while another of his friends was unconscious on the balcony.

Detective Inspector Smith said the two girls, both aged 16 and both from Coomera on the Gold Coast, filmed the incident and that a number of videos were posted to social media.

He said English tried to escape the ordeal and fell to his death.

The unconscious friend then had his clothing stolen, police said.

Smith said English was found with injuries to his chin and arm, allegedly inflicted by a knife.

The girls were arrested this morning and were charged with murder, robbery, deprivation of liberty, torture and stealing.

Three men aged 18, 20 and 22 were charged two days after the incident with one count of murder, armed robbery and deprivation of liberty.

It was announced today they were also charged with stealing and torture offences.