The US House of Representatives has narrowly approved a $3 trillion bill crafted by Democrats to provide more aid for battling the coronavirus and stimulating a faltering economy rocked by the pandemic. 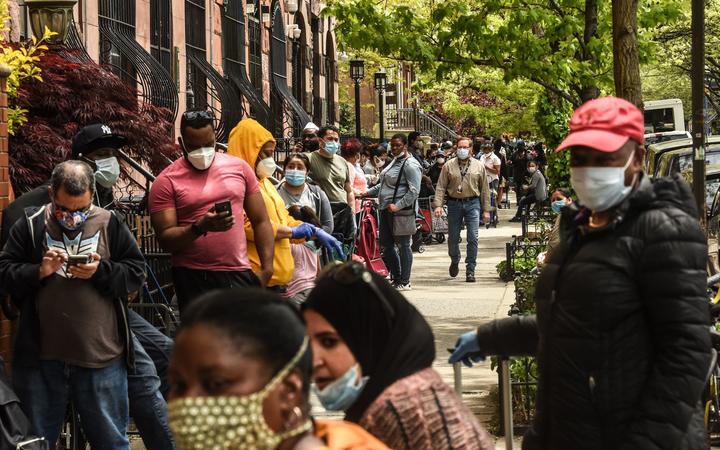 People queue for food parcels at a food bank in Brooklyn, New York. More than 36 million Americans have lost their jobs since the pandemic began. Photo: AFP

By a vote of 208-199 Democrats won passage of a bill that Republican leaders, who control the Senate, have vowed to block despite some Republican support for provisions aimed at helping state and local governments.

Republican President Donald Trump has promised a veto if it were to reach his desk.

However, the Democrats' measure could trigger a new round of negotiations with congressional Republicans and Trump, who have been talking about the need for new business liability protections in the age of coronavirus or additional tax cuts.

Democrats oppose both of those ideas.

Following the vote, House Majority Leader Steny Hoyer announced that 27-28 May would be set aside for voting on some sort of coronavirus-related bill if one is ready by then.

The US economy has suffered a devastating blow from the coronavirus outbreak. Some 36.5 million people - or more than one in five workers - in the United States have filed for unemployment since the crisis began.

The 1800-page relief bill passed today, called the Heroes Act, would extend to all corners of the US economy. It includes $500 billion in aid to struggling state governments, another round of direct payments to individuals and families to help stimulate the economy, and hazard pay for healthcare workers and others on the front line of the pandemic.

"Many of them have risked their lives to save lives and many of them may lose their jobs" as state and local government revenues plummet during the crisis, House Speaker Nancy Pelosi said during a day-long debate. 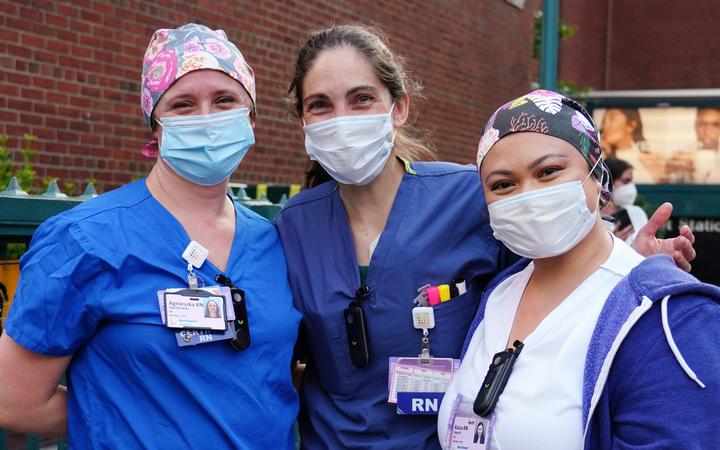 Nurses, such as this group from Lenox Hill Hospital in New York, would receive hazard pay under the Democrats' bill. Photo: AFP

The No 2 Republican, Steve Scalise, urged the House to defeat the huge bill, calling it a "socialist giveaway" and blaming China, where the coronavirus emerged late last year, for the suffering brought by the pandemic.

Passage of the bill came as the United States has recorded more than 85,000 deaths from Covid-19. The number of US coronavirus cases and deaths far outpace any other country.

Since March, Congress and the Trump administration have collaborated on four coronavirus bills totalling about $3 billion, passing them with overwhelming bipartisan support.

This fifth bill, however, failed to attract Republican backing in the House except for Representative Peter King of New York, an epicentre of the coronavirus outbreak. 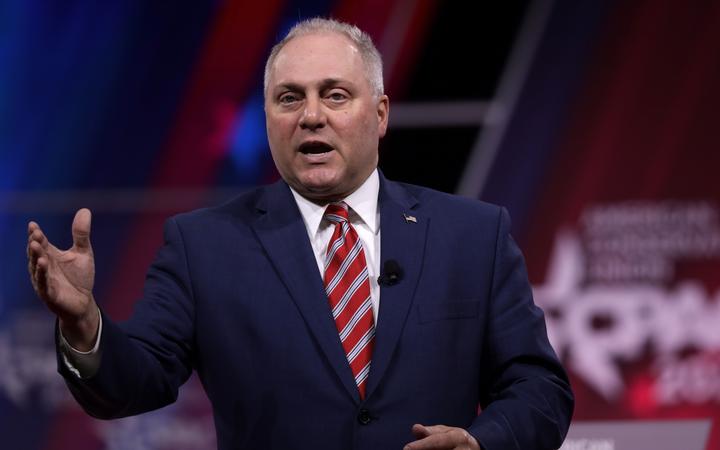 The No 2 Republican, Steve Scalise, urged the House to defeat the huge bill, calling it a "socialist giveaway". [file pic] Photo: AFP

As Democrats and Republicans sparred over the bill and its cost, the rhetoric sometimes became rancorous.

Democratic Representative Tim Ryan rattled off the destructive impact of a pandemic that has left millions unemployed, families unable to pay their rents and food banks struggling to meet growing demands.

"The Republican Party says 'we don't have any money to help ya.' Are you kidding me?" he shouted across the aisle in the House chamber that divides the two parties.

Earlier, the House also approved a change in its rules to allow members to temporarily cast their votes by proxy during the crisis if Pelosi deems it necessary.

The Democratic initiative, which was opposed by Republicans, marked an historic shift for Congress, which had never before allowed lawmakers to cast votes from anywhere but the House chamber.

It came as Congress struggled to function amid the pandemic, with members mainly sheltering at home in an effort to help stop the spread of the virus.

Under the new proxy-voting rules, House members could cast votes from remote locations.

Today's votes brought about 400 House members back to Washington for only the third time since late March.

The session was governed by social distancing and other protective measures so the House does not become a breeding ground for the illness it is trying to contain. Many House members wore masks and some donned surgical gloves. 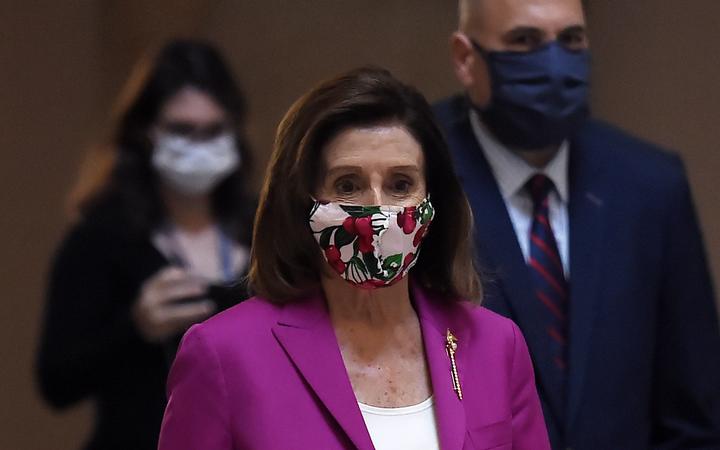 House Speaker Nancy Pelosi was among those wearing a mask. Photo: AFP