UK Prime Minister Boris Johnson and his fiancee Carrie Symonds have announced the birth of their son. 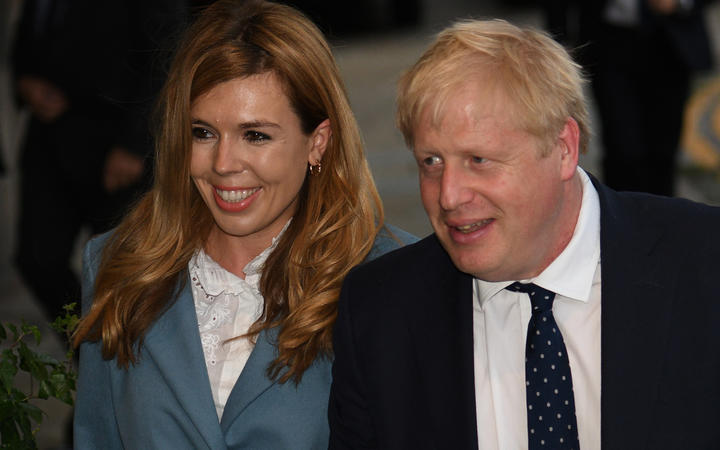 A spokeswoman for the PM and his partner said both mother and baby are "doing very well".

It is understood the PM, who has just recovered from the Covid-19 coronavirus, was present throughout the birth, which took place in an NHS hospital in London.

"The PM and Ms Symonds would like to thank the fantastic NHS maternity team," the spokeswoman added.

Johnson, 55, and Symonds, 32, announced in March that they were expecting a baby in "early summer" of the Northern Hemisphere, and that they had become engaged at the end of last year.

They are the first unmarried couple to move into Downing Street together.

Johnson returned to work on Monday, after a battle with coronavirus which saw him spend three nights in intensive care. Symonds also suffered symptoms of the disease.

The prime minister's father, Stanley Johnson, told the PA news agency he was "absolutely delighted" and "thrilled" by the birth of his grandson.

Johnson's Conservative colleagues have also been congratulating the couple on social media, with Health Secretary Matt Hancock saying: "So thrilled for Boris and Carrie. Wonderful to have a moment of unalloyed joy!"

Scottish First Minister Nicola Sturgeon tweeted: "Some good news - sending congratulations to Carrie and the PM. And wishing health and happiness to the wee one.

Commons Speaker Sir Lindsay Hoyle congratulated the couple "on behalf of everyone in the House of Commons," adding: "Such happy news amid so much uncertainty - 2020 is certainly a year they will never forget."

Archbishop of Canterbury Justin Welby tweeted his congratulations and prayers for the couple. "as they welcome their son into the world".

"Wishing them every blessing and happiness," he added.