UK's Acting Prime Minister Dominic Raab has ordered Britons to stay at home for at least another three weeks to prevent the spread of a coronavirus outbreak which has already claimed over 138,000 lives globally. 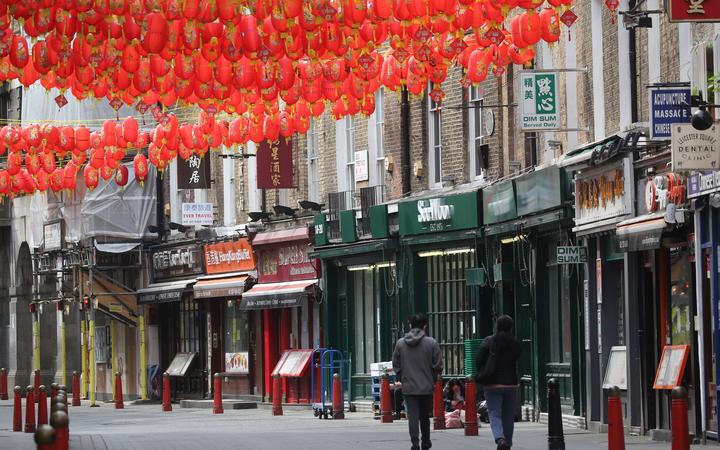 Pedestrians walk through a deserted Chinatown in London on a day when the UK's lockdown is confirmed for another three weeks. Photo: AFP

"We have just come too far, we've lost too many loved ones, we've already sacrificed far too much to ease up now, especially when we are beginning to see the evidence that our efforts are starting to pay off," Raab told reporters.

Raab is deputising while Prime Minister Boris Johnson recuperates from Covid-19 complications that nearly cost him his life.

Raab chaired an emergency meeting on Thursday to review scientific evidence on the impact of the existing lockdown "Based on this advice... the government has decided that the current measures must remain in place for at least the next three weeks," he said.

"Relaxing any of the measures currently in place would risk damage to both public health and the economy."

The United Kingdom has the fifth-highest official death toll from Covid-19 in the world, after the United States, Italy, Spain and France, though British figures only cover hospital fatalities and the real number is probably much higher.

The announcement, which had been widely expected, means Britons must stay at home unless they are shopping for basic necessities, or meeting medical needs. Citizens are allowed to exercise in public once a day, and can travel to work if they are unable to work from home.

The measures were announced on March 23 for an initial three-week period. Medical advisers speaking alongside Raab said they had reduced the overall rate of transmission of the virus to below 1, meaning it was now shrinking in the community.

Raab set out five loose conditions which must be met for the lockdown to be lifted.

But he refused to discuss any possible timeline - despite a growing political clamour for an 'exit strategy' to the most severe restrictions on daily life in British peacetime history.

Opposition Labour Party leader Kier Starmer said he supported the extended restrictions, but added: "We also need clarity about what plans are being put in place to lift the lockdown when the time is right."

A YouGov poll conducted before Thursday's announcement showed 91 percent of Britons supported a three-week extension to the lockdown. 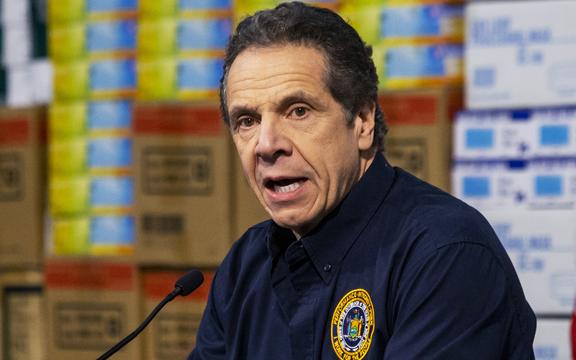 The number of people hospitalised for the novel coronavirus and related deaths in New York fell to their lowest levels in more than a week, adding to evidence that the hardest-hit state was controlling its spread, Governor Andrew Cuomo said.

Cuomo also extended an order closing businesses and schools by two weeks until at least 15 May in coordination with other states in the region, and added details to mask requirements, saying New Yorkers should wear them on buses, taxis and trains.

Cuomo, who has emerged as a leading national voice on the pandemic, said the improvement in key metrics reflecting social distancing efforts which had brought the state's infection rate low enough to control the outbreak.

The governor said that a total of 17,735 people were hospitalised across New York because of Covid-19, down from 18,335 a day earlier and the lowest since 6 April.

A total of 606 people died from the virus on Wednesday, also the lowest in more than a week.

A nationwide state of emergency has been declared in Japan due to the country's worsening coronavirus outbreak.

The move allows regional governments to urge people to stay inside, but without punitive measures or legal force. The state of emergency will remain in force until 6 May.

As the number of infections in Japan has increased, criticism of Abe's response has grown louder.

One poll shows 75 percent of people think the prime minister took too long to declare a state of emergency in Tokyo.

After a recent spike in cases in the capital Tokyo, experts warned that the city's emergency medical facilities could collapse under the pressure.

And the mayor of Osaka appealed for people to donate their raincoats, so they could be used as personal protective equipment for health workers whom he said were being forced to fashion PPE out of rubbish bags. 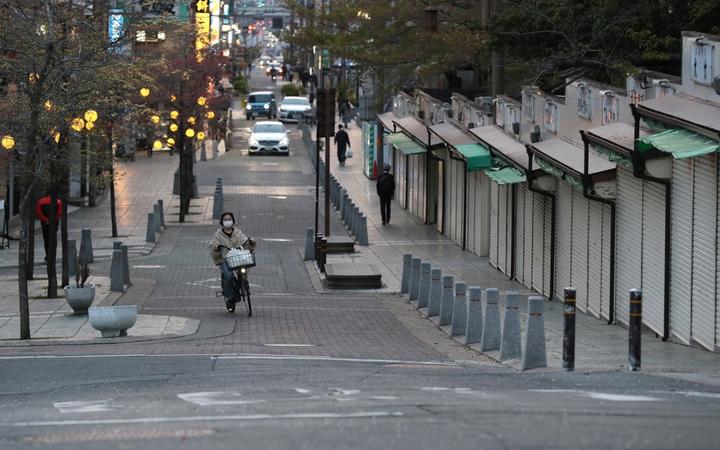 A quiet shopping street in the city of Nara. Photo: AFP

France registered 753 more deaths from coronavirus infections on Thursday, bringing the total to 17,920, the fourth-highest tally in the world, but the number of people in hospital has declined for a second day running.

And, in another sign that the lockdown put in place a month ago is working, Jerome Salomon, head of the public health authority, said the total of people in intensive care units fell for the eighth day in a row, at 6248, a low point since 1 April.

At 17,920 the number of fatalities is up 4.4 percent over 24 hours, with the rate of increase decelerating again after it has sped up the two previous days.

Coronavirus cases in Africa could shoot up from thousands now to 10 million within three to six months according to very provisional modelling, a regional World Health Organisation official said.

But Michel Yao, head of emergency operations for WHO Africa, said that was a tentative projection which could change and noted worst-case predictions for the Ebola outbreak had not come true because people changed behaviour in time.

"This is still to be fine-tuned," he told a media teleconference. "It's difficult to make a long-term estimation because the context changes too much and also public health measures when they are fully implemented, they can actually have an impact."

The world's poorest continent has seen more than 17,000 confirmed cases of the Covid-19 disease and about 900 deaths so far - relatively few compared to some other regions.

But there are fears that could balloon and overwhelm shaky health services.

Infections in South Africa, which has the highest number of cases, have slowed after it began a strict lockdown, but other nations - like Burkina Faso, the Democratic Republic of the Congo and Algeria - have seen higher than average fatalities. 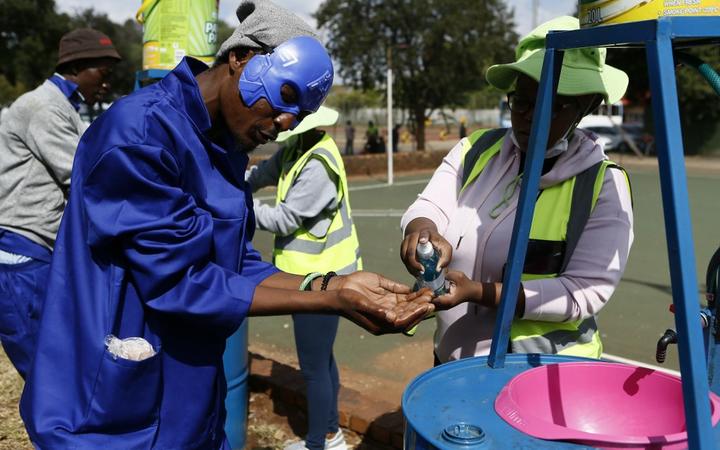 A homeless man has his hands sprayed with disinfectant in Pretoria. Photo: AFP

German Chancellor Angela Merkel stressed the need for more global cooperation to tackle the coronavirus pandemic and voiced support for the World Health Organisation after the United States cut its funding.

Many world leaders have condemned a decision this week by US President Donald Trump to suspend funding for the agency amid a crisis that has left more than 2 million people infected and almost 140,000 dead worldwide.

Merkel told a video conference of leaders of the Group of Seven (G7) industrialised nations that the crisis can only be tackled with a strong and coordinated international response.

And the German leader expressed her full support for the WHO in the call, her spokesman Steffen Seibert said in a statement.

Merkel had also backed European Commission proposals for a virtual donor conference and said G7 countries had a special responsibility to help countries in Africa.

The United States contributed more than $400 million ($NZ671m) to the WHO in 2019, but Trump has accused it of promoting Chinese "disinformation" about the virus.