Spain, one of the countries worst hit by the coronavirus, is beginning to ease strict lockdown measures that have brought its economy to a standstill. 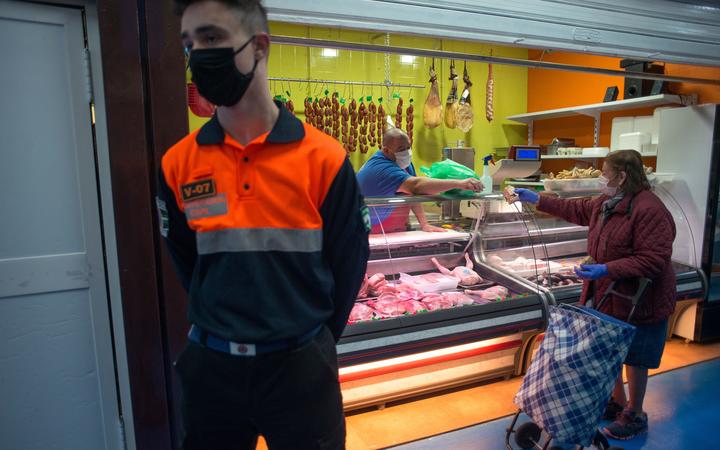 A woman shops in a food market in Ronda on 13 April 2020, as some companies were set to resume operations. Photo: AFP

People in manufacturing, construction and some services are being allowed to return to work, but must stick to strict safety guidelines.

The rest of the population must still remain at home.

Almost 17,500 people with Covid-19 have died in Spain, but the rate of new infections has been falling.

Italy - the hardest-hit country in Europe, with more than 20,000 deaths - will allow a narrow range of firms to resume operations on Tuesday.

Spain's health ministry said on Monday that the daily number of deaths had dipped slightly, with 517 reported in the previous 24 hours, compared with 619 announced on Sunday. The official total death toll is now 17,489.

The number of new infections continues to drop, with 3477 confirmed cases bringing the total to 169,496.

"We are still far from victory, from the moment when we will recover normality in our lives," Prime Minister Pedro Sánchez warned over the weekend.

"We are all keen to go back out on the streets... but our desire is even greater to win the war and prevent a relapse," he added.

On Monday, the government lifted some of the restrictions put in place on 27 March and allowed businesses whose employees cannot work remotely to reopen.

The head of the regional administration in Catalonia, Quim Torra, said he would not comply with any easing of the lockdown for non-essential workers, warning that "the risk of a new outbreak and a second lockdown is enormous".

Mr Sánchez said the decision was taken after consulting a committee of experts.

He also noted that Spain had not entered the "second phase" of the fight against the coronavirus, when there would be any further loosening of the lockdown. That was at least two weeks away and would "be very gradual", he added.

Builders can only work in areas away from local residents, so they cannot yet go back to doing home improvements. 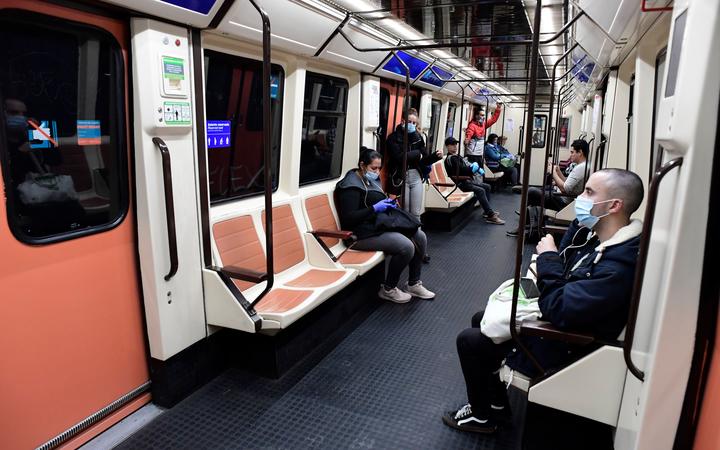 Commuters wearing face masks on a train at the Atocha Station in Madrid on 13 April. Photo: AFP

Elsewhere in Europe, Italy reported 566 new deaths on Monday, pushing its total death toll to 20,465 - making it the second country after the United States to record more than 20,000 deaths.

Prime Minister Giuseppe Conte said last week that the lockdown would continue until 3 May, but that a few types of shops and businesses would be allowed to reopen on Tuesday. They would include bookshops, stationers and shops selling children's clothes, he said.

Factories will not reopen, although Mr Conte said he would continue to assess the trend of new infections and "act accordingly" if conditions allowed it.

In Germany, where 3,022 people with Covid-19 have died, pressure is also growing from businesses for a plan on how to exit the country's lockdown. On Wednesday, Chancellor Angela Merkel will discuss a strategy with regional leaders.

And in France, which is expected to extend its lockdown until 10 May, police said dozens of worshippers defied the measures to attend a secret Easter Mass on Saturday.

A priest was fined while other churchgoers were given a warning, the AFP news agency reports.