By Anna Leask of 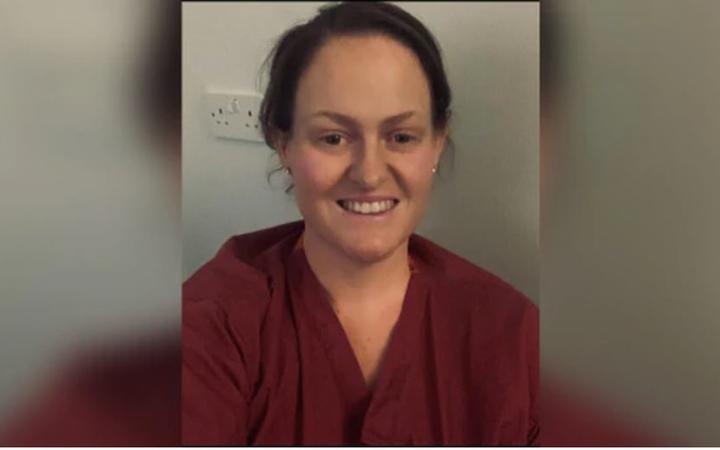 But Jenny McGee has more important things to do than concentrate on the accolades - she's back at work helping others battling the deadly virus.

McGee, 35, was born and raised in Invercargill and has been living and working in London for some time.

She currently works in the intensive care department at St Thomas' Hospital in the city.

Last night Johnson, who has been in hospital for a week being treating for Covid-19, thanked the National Health Service and its staff - but singled out two nurses who stood by his bedside for 48 hours "when things could have gone either way".

He said Jenny from Invercargill "to be exact", and Luis from Portugal, were the reason that "in the end, my body did start to get enough oxygen".

"So that is how I also know that across this country, 24 hours a day, for every second of every hour, there are hundreds of thousands of NHS staff who are acting with the same care and thought and precision as Jenny and Luis."

McGee is currently back at work and has declined interviews at this stage.

Her brother Rob McGee spoke to the Herald about her work today.

"We are all very proud of Jen, not just in the support she gave Boris - but what she has been doing helping everyday people," said Rob McGee, who is currently overseas.

"We spoke to her this morning - evening in the UK - and she was about to head off to do another night shift.

"She just saw it as another day and kept just saying she is just doing her job.

"Whilst she is blown away by Boris' recognition, she is just really pleased to see the public recognition for the amazing work the NHS is doing - that made her really proud."

McGee has been inundated with messages since being outed by the British PM.

Johnson had been in the hospital for a week and spent three nights in the intensive care unit.

Johnson, 55, was the first world leader confirmed to have the illness.

His symptoms, including a cough and a fever, at first were described as mild, and he worked from home during the first few days of self-isolation.

But he was admitted to St Thomas' on 5 April after his condition worsened.

He was transferred the following day to the intensive care unit, where he received oxygen but was not put onto a ventilator. Johnson spent three nights in the ICU before moving back to a regular hospital ward.

Johnson's office said in a statement last night that he would continue his recovery at Chequers, the prime minister's country house.

"On the advice of his medical team, the PM will not be immediately returning to work," the statement said.

"He wishes to thank everybody at St Thomas' for the brilliant care he has received."

Johnson's pregnant partner, Carrie Symonds, said in a series of tweets that she "cannot thank our magnificent NHS enough" and that she "will never, ever be able to repay you and I will never stop thanking you".

Symonds admitted there "were times last week that were very dark indeed".

"My heart goes out to all those in similar situations, worried sick about their loved ones," she said.

On Sunday their time, the UK became the fourth European country to surpass 10,000 virus-related deaths.

Britain has been in effective lockdown since March 23 and the government will extend the restrictions later this week.

- This story first appeared on the New Zealand Herald website.