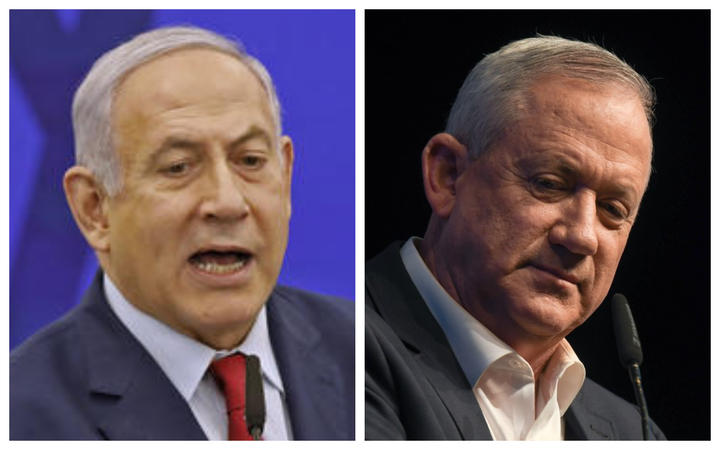 The deal will see the pair rotating the leadership of the country, with Netanyahu going first as PM.

It brings political certainty to Israel after three inconclusive elections and a year of political paralysis.

Both men had faced calls to avoid a fourth election and form a coalition to help tackle the coronavirus pandemic.

The Israeli health ministry has reported more than 13,700 confirmed cases of Covid-19 and 177 associated deaths.

Netanyahu and Gantz signed the coalition deal at the prime minister's residence in Jerusalem last night, as Israel remained in near-total lockdown.

"I promised the State of Israel a national emergency government that will act to save the lives and livelihoods of Israeli citizens," Netanyahu tweeted afterwards.

Gantz wrote: "We have prevented a fourth election. We will protect democracy. We will fight coronavirus and care for all Israel's citizens."

The agreement will see positions in the government shared between Netanyahu's right-wing Likud party and Gantz's centrist Blue and White alliance.

Netanyahu, Israel's longest-serving prime minister, will remain in the post for 18 months, during which time his delayed trial on charges of bribery, fraud and breach of trust is due to start.

He has denied any wrongdoing. 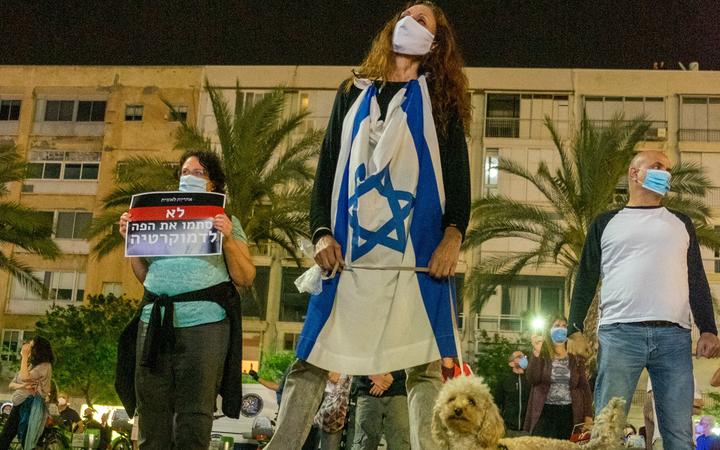 Gantz, a former military chief who was elected speaker of parliament three weeks ago, will start off by serving as deputy prime minister and defence minister, before taking over as prime minister in October 2021 for another 18 months.

No legislation unrelated to the battle against the coronavirus will be brought before parliament for a period of six months without consent, according to the agreement.

However, Netanyahu will be allowed to advance legislation to annex Jewish settlements and other land in the occupied West Bank that the Palestinians want as part of a future state - in line with the peace plan unveiled by US President Donald Trump in January. The settlements are widely considered illegal under international law, though Israel disputes this.

The BBC's Tom Bateman in Jerusalem says the agreement marks an end to one of the most turbulent periods in Israeli political history and amounts to a victory for Netanyahu, who stays in office despite a criminal indictment and a country deeply divided over his leadership.

Some of Gantz's former supporters unhappy

Meanwhile, Gantz has ditched half of the political alliance he built over three elections - it had fractured under the strain of Netanyahu's manoeuvres, with the coronavirus emergency providing a backdrop of urgency.

Some of Gantz's former allies accused him of betrayal by joining his former adversary in government.

He had pledged not to serve under Netanyahu because he was facing criminal charges. But he backtracked last month, saying that "these are not normal times and they call for unusual decisions".

Tamar Zandberg of the left-wing Meretz party was quoted by the Jerusalem Post newspaper as saying: "The man who was supposed to be the prime minister who would bring change decided to raise a white flag instead of winning. 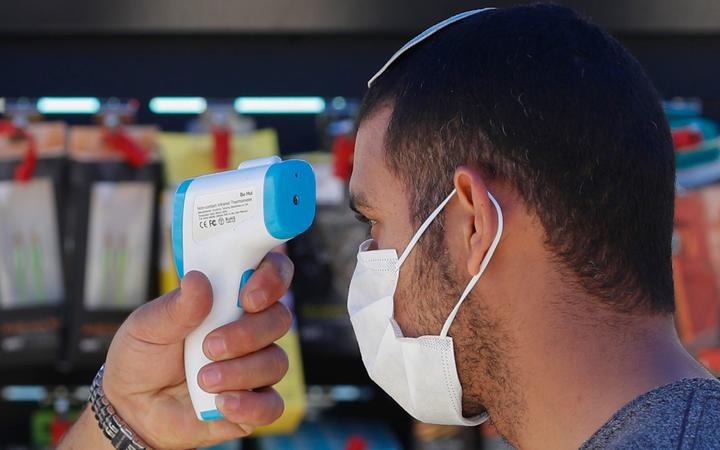 A customer has his temperature checked before being allowed to enter a store in Jerusalem. Photo: AFP

US ambassador David Friedman said he was "delighted" by the agreement.

"The United States looks forward to working closely with the new govt to advance our shared values and interests bilaterally and across the world," he tweeted.

But Palestinian Authority Prime Minister Mohammed Shtayyeh condemned the formation of "an Israeli annexation government", which he said meant "ending the two-state solution and the dismantling of the rights of the people of Palestine as established under international law and resolutions".