A row has erupted after the chief of the World Health Organisation (WHO) accused Taiwan's leaders of spearheading personal attacks on him. 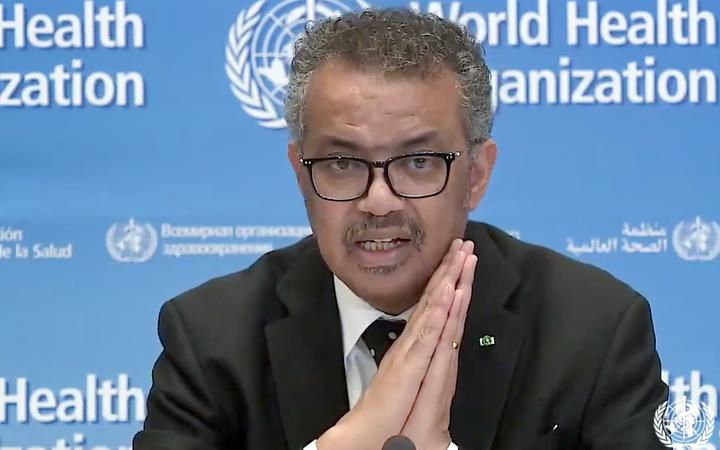 WHO chief Tedros Adhanom Ghebreyesus said he had been subjected to racist comments and death threats for months.

But President Tsai Ing-wen said Taiwan opposed any form of discrimination, and invited Dr Tedros to visit the island.

Taiwan said it had been denied access to vital information as the coronavirus spread. The WHO rejects this.

Taiwan is excluded from the WHO, the United Nations health agency, because of China's objections to its membership.

The Chinese Communist Party regards Taiwan as a breakaway province and claims the right to take it by force if necessary.

The WHO has also been criticised by US President Donald Trump, who has threatened to withdraw US funding to the agency.

What is being said?

Tedros said he had been at the receiving end of racist comments for the past two to three months.

He then said he had received death threats, adding: "I don't give a damn."

The WHO chief said the abuse had originated from Taiwan, "and the foreign ministry didn't disassociate" itself from it.

But Tsai said Taiwan was opposed to discrimination.

"For years, we have been excluded from international organisations, and we know better than anyone else what it feels like to be discriminated against and isolated," Reuters news agency quoted her as saying.

"If Director-General Tedros could withstand pressure from China and come to Taiwan to see Taiwan's efforts to fight Covid-19 for himself, he would be able to see that the Taiwanese people are the true victims of unfair treatment."

Taiwan foreign ministry spokeswoman Joanne Ou said the comments were "irresponsible" and the accusations "imaginary". The ministry said it was seeking an apology for "slander", AFP news agency reported.

Correspondents say Taiwan has been proud of its measures to contain the virus, with just 380 cases and five deaths so far.

Last month, the WHO said it was monitoring the progress of the virus in Taiwan and learning lessons from its efforts.

What about the row with the US?

The UN agency has come under continued fire from Trump, who accuses the WHO of being "very China-centric" and has threatened to end funding.

Speaking on Wednesday, Director-General Tedros Adhanom Ghebreyesus defended the WHO's work and called for an end to the politicisation of Covid-19.

The disease first emerged last December in the Chinese city of Wuhan, which has just ended an 11-week lockdown. An advisor to the WHO chief earlier said their close work with China had been "absolutely essential" in understanding the disease in its early stages. 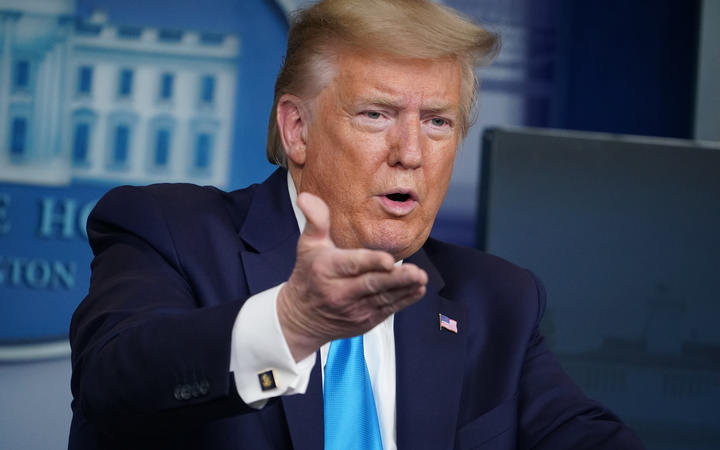 Trump's attacks on the WHO come in the context of criticism of his own administration's handling of the pandemic, especially early problems with US testing.

The WHO approved a coronavirus test in January - but the US decided against using it, developing its own test instead. However, in February, when the testing kits were despatched, some of them did not work properly, and led to inconclusive results.

Public health experts say the delay enabled the virus to spread further within the US.

United Nations Secretary-General António Guterres had earlier added his voice to the defence of the WHO. He described the outbreak as "unprecedented" and said any assessment of how it was handled should be an issue for the future.

Tedros has also received support from the African Union, with current chairman and South African President Cyril Ramaphosa calling for "solidarity, unity of purpose and better co-ordination to ensure that we are able to overcome this common enemy".

"We should avoid the temptation to apportion blame," he added.