Africa must "wake up" to the coronavirus threat and prepare for the worst, the head of the World Health Organization (WHO) has said. 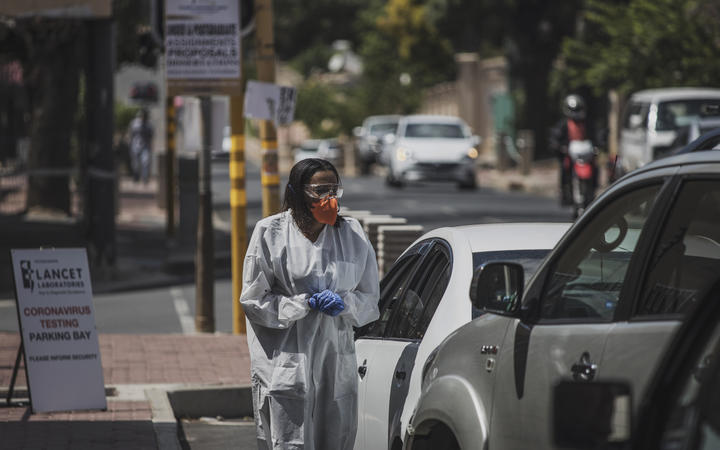 A health professional conducts a COVID-19 coronavirus test at a drive through testing site outside the Lancet Laboratories facilities in Johannesburg. Photo: AFP

The continent should learn from how the spread of virus has sped up elsewhere, Tedros Adhanom Ghebreyesus said.

He warned that while Africa's confirmed cases were currently low - around 640 - there was no reason for complacency.

"WHO's recommendation is actually mass gatherings should be avoided and we should do all we can to cut it from the bud, expecting that the worst could happen," Tedros told a news conference in Geneva, where the WHO is based.

In Africa, 16 people have died from Covid-19, the respiratory illness caused by coronavirus: six in Egypt, six in Algeria, two in Morocco, one in Sudan and one in Burkina Faso.

In South Africa, which has 116 cases, President Cyril Ramaphosa has declared a state of disaster, restricting travel, closing schools, banning mass gatherings and ordering bars to close or limit numbers to 50.

The country has also banned all cruise ships from its ports. This comes despite tests coming back negative for six people on board a cruise ship, which had been put under quarantine. All 1,700 people are now free to leave the ship and return home.

Anyone breaking South Africa's coronavirus measures will be subject to a fine, or even imprisonment.

Other African nations have been imposing similar restrictions: