As the UK government moves to the "delay" phase of its plan to tackle coronavirus people with a "new, continuous" cough or high temperature are now being advised to self-isolate for seven days. 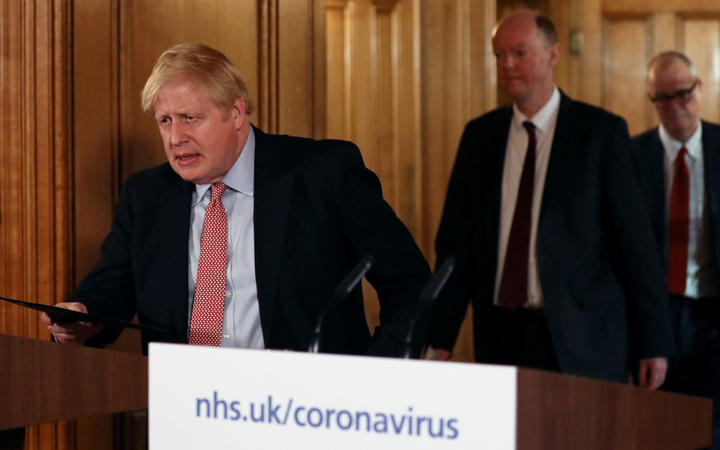 British Prime Minister Boris Johnson said it was "the worst public health crisis for a generation" and warned many families they would "lose loved ones before their time".

He said it was important to get the timing right for stricter measures.

Ten people have now died in the UK with the virus.

Schools have been advised to cancel trips abroad, while people over 70 and those with pre-existing health conditions have been told not to go on cruises.

There have been 596 confirmed cases across the country. However, the actual number of people infected could be between 5000 and 10,000, the government's chief scientific adviser Sir Patrick Vallance said.

As part of the new measures, testing will only focus on identifying people with the virus in hospital.

People with symptoms are no longer required to call NHS 111, as the system is under strain, but are instead urged to look for information on the NHS website and 111 online.

Speaking after an emergency Cobra meeting, Johnson said: "Some people compare it to seasonal flu, alas that is not right. Owing to the lack of immunity, this disease is more dangerous.

He said there was no need to close schools at the moment - as the Republic of Ireland did just hours earlier.

"The scientific advice is that this could do more harm than good at this time - but of course we are keeping this under review and this again may change as the disease spreads," he said.

Like other countries, the government is also considering calling for the suspension of major public events such as sporting fixtures - but this would be a measure primarily to protect public services.

"The scientific advice is this has little effect on the spread - but it does place a burden on other public services," Mr Johnson said.

However, Scotland has said that mass gatherings of more than 500 people should be cancelled from next week, to reduce the burden on emergency services.

Future measures to control the spread of the disease could include stricter self-isolation arrangements, where if one household member falls ill, the entire household is asked to stay home for 14 days.

As the epidemic reaches its peak, it is likely elderly people and those with health conditions will be told to cut social contact and stay home.

The UK's chief medical adviser Prof Chris Whitty said it remained too early in the course of the epidemic to take such action, and warned against prematurely cutting down social interactions for elderly or vulnerable people. 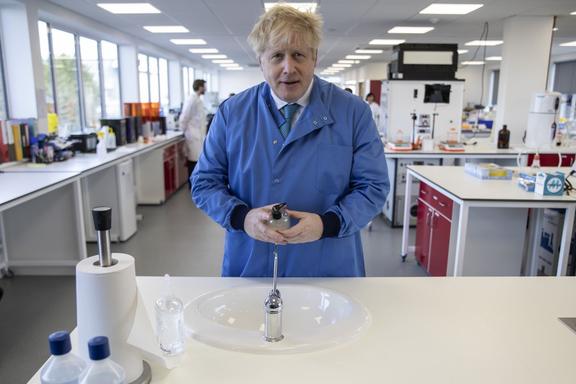 "It has big practical implications," he said. "And may lead to loneliness and other issues which are clearly very undesirable for them.

"While we will need to move to that stage, we do not think this is the right moment along the pandemic to do so. But that point will come."

The prime minister also stressed that the most "draconian" measures must not be triggered too early.

The latest two deaths were an 89-year-old and a woman in her 60s - at two hospitals in London. They both had underlying health conditions.

Johnson warned that the number of UK cases would "rise sharply", and said the next phase of the government's plan aimed to delay the spread of the virus "and thereby minimise suffering".

He said even if the peak of the disease is delayed by a "few weeks" the NHS would be in a stronger position to handle it.

Public Health England has released new guidance for those staying at home because they have symptoms of the virus - a cough or a temperature of 37.8C (100F) or more.

The delay phase aims to lower the peak impact of the virus and push it away from the winter season - when pressures on the NHS are more acute because of issues including seasonal flu.

Delaying the outbreak's impact could also buy time for the testing of drugs and development of vaccines and/or improved therapies or tests to help reduce the impact of the disease.