Shares in Europe slipped back into negative territory on Tuesday (local time), continuing to slide a day after suffering the biggest falls since the 2008 financial crisis. 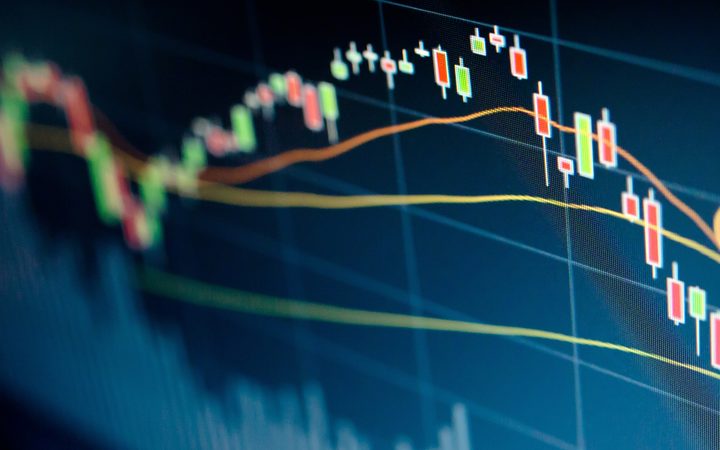 London's FTSE 100 ended the day almost flat, after a 7.7 percent drop in the previous session.

The main share indexes in France and Germany dropped back by more than 1.4 percent despite initial bounce-backs.

In the US, shares were up about 1 percent at mid-day on hopes of government relief.

Markets were battered on Monday in reaction to the threat of an oil price war between Russia and Saudi Arabia.

But after falling as much as 30 percent on Monday, oil prices rebounded slightly, with Brent crude more than 7 percent higher.

On Monday, the major US stock indexes fell so sharply at the start of trading that the buying and selling of shares was halted for 15 minutes, as a so-called "circuit breaker" aimed at curbing panicky selling came into effect.

The dramatic falls in response to fears over the impact of the coronavirus were typical of market behaviour, Minerva Analysis director Kathleen Brooks said.

"Markets are so emotional, it's unbelievable," she said. "Act first, think later. This was the same in 2008, you have these massive declines and then the market is on pause."

She said she thought markets would recover eventually, as "if you look at long-term charts they always recover".

However, in the short term, "we could see another decline if we don't see the stimulus that's required. We need to hear more positive things because that's when stock markets go up."

On Monday, US President Donald Trump said he would be taking "major" steps to strengthen the US economy against the impact of the coronavirus outbreak, and analysts said this had helped to lift markets.

The initial optimism on Tuesday was helped by a slowdown in reported cases of coronavirus in China, according to Michael Hewson, chief market analyst at CMC Markets UK.

"This optimism, along with expectations around further central bank actions is, for now, offsetting the news that the whole of Italy has gone into lockdown and the Spanish government has taken the decision to close all schools and universities in Madrid," he said.

In Asia, shares in Japan rose after Prime Minister Shinzo Abe said his government would work closely with the central bank to boost the economy.

Japan's benchmark index, the Nikkei 225, had started Tuesday more than 3 percent down but bounced back following Mr Abe's comments to end 1 percent higher.

In Hong Kong, the main Hang Seng market rose 1.4 percent buoyed by Japan's moves to calm investors. The index had fallen more than 4 percent on Monday.

Monday's market meltdown was sparked by a fallout between major oil exporters Russia and Saudi Arabia over output levels.

On Friday, Russia had rejected a proposal by oil exporting group Opec to cut supply to cope with lower demand due to the coronavirus outbreak.

In response, Saudi Arabia said it would slash prices and pump more oil, sparking fears of a price war.

As a result, the price of international oil benchmark Brent fell by as much as a third on Monday in its biggest drop since the Gulf War in 1991. taking the price to about $US31 a barrel.

The sharp drop in oil prices unsettled investors already reeling from a global economic slowdown caused by quarantine measures to fight the spread of the coronavirus.

On Tuesday, the price of Brent crude regained some ground, to around $36 a barrel.

Major central banks have pledged to pump cash into the financial system while governments are mulling stimulus measures to tackle the economic hit. These include cuts to interest rates to encourage companies to borrow money and expand.

However, former Bank of England governor Mervyn King told BBC 5 live's Wake Up to Money: "I don't think that a cut in interest rates now is actually going to do a great deal to help the situation, it maybe a sign of reassurance but it is not more than that.

"What is needed now are targeted measures to help business deal with a short-term crisis and collapse of their cash flow, and I think the Bank of England understands that very well."