Former US vice-president Joe Biden appears to have been handed a major boost in the Democratic race to take on Donald Trump in November's election. 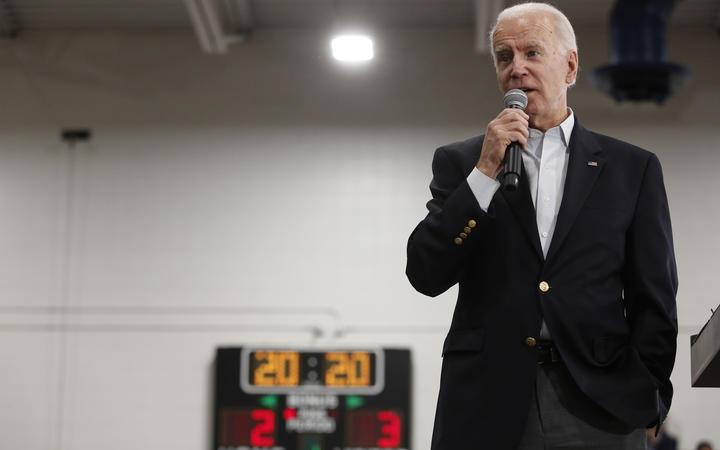 Biden is projected to win South Carolina's primary, according to US media. Voters there have been picking who they want to be the Democratic nominee for the White House.

Left-winger Bernie Sanders is likely to remain in the lead overall.

Another 14 states vote on Super Tuesday this week.

By the end of Super Tuesday, it could become much clearer who the nominee will be. South Carolina is only the fourth state to have voted so far in the months-long primary season.

What happened in South Carolina?

With 3 percent of votes counted, Biden has more than 51 percent of the share, ahead of Sanders and billionaire hedge-fund manager Tom Steyer.

Biden had been pinning his hopes on a strong result in the southern state, after performing poorly in Iowa, New Hampshire and Nevada. He regularly cited his strong support among African-Americans, which is likely to have helped his victory.

He also appears to have performed well among voters over the age of 45, an exit poll by Edison Media Research suggests.

If results confirm his win, this will be Biden's first ever victory in a primary in what is his third run for US president.

It is likely to hand the 77-year-old a boost ahead of the biggest day of voting on Tuesday, and allow him to make the case that he is the best-placed moderate Democrat to take on Sanders.

"If you send me out of South Carolina with a victory," Biden said earlier this week, "there will be no stopping us".

Candidates who have won more than 15 percent of the vote in South Carolina will be awarded delegates, who will then go to the party's convention in July to support their Democratic candidate.

It is unclear at this stage how many delegates Biden might win, and who else has performed well.

This Tuesday is Super Tuesday, the most important date in the race to pick the nominee.

Over the day, Democrats in 14 states will vote (as well as American Samoa and Democrats Abroad). A massive 1357 delegates will be distributed - almost a third of all the ones available in primary season, and the two most populous states, California and Texas, will be voting.

The entire picture could change in one day. Or we could see Sanders cement his lead as the front-runner - and even extend into a near-unbeatable lead, as seems possible.