Results from Iowa's caucuses, the first vote in the race to pick a Democratic candidate to face US President Donald Trump, have been plunged into chaos by apparent technology issues. 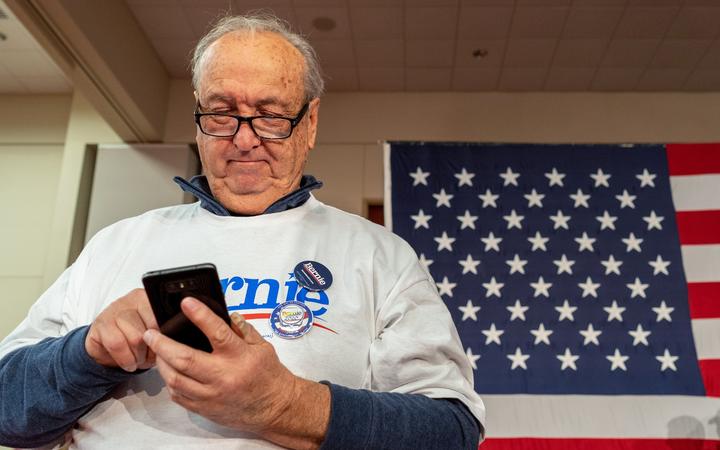 The state's Democratic party said it had found "inconsistencies" but insisted the unprecedented holdup was a "reporting issue", not a "hack or an intrusion".

Voters flocked to over 1600 schools, libraries and churches across 99 counties on Monday.

"This is simply a reporting issue, the app did not go down and this is not a hack or an intrusion.

"The underlying data and paper trail is sound and will simply take time to further report the results."

However, McClure's statement was flatly contradicted by party officials at county level, who blamed technology issues for the delay.

She said they had been left hanging on hold and she knew of only one precinct captain who had been able to report via the app.

Nate Gruber, the Democratic vice-chairman of Black Hawk county, a part of the state with the largest concentration of African Americans, said he had not been able to use the app either.

"It doesn't really work," he said, adding: "No-one can reach the state party to report."

Calls to the Iowa Democratic Party hotline late on Monday had the same recorded message: "All of our operators are currently busy."

For the first time this year, Iowa Democrats were required to report three numbers to party headquarters, rather than just the final delegate totals.

It was unclear when any results would finally be released.

Amid the delay, party officials held a call with the rival campaigns.

Lawyers for the Biden campaign wrote a letter to the Iowa Democratic Party to register concern about the "considerable flaws" and "acute failures" in the reporting system.

"The app that was intended to relay Caucus results to the Party failed; the Party's back-up telephonic reporting system likewise has failed," said the letter.

Despite the lack of any results, Mr Buttigieg claimed victory in a post-caucus rally.

But a source in his campaign told Reuters news agency of the results delay: "It's definitely going to de-legitimise whoever wins."

The state can offer crucial momentum however - the last four Democratic nominees have all won the Iowa caucuses.

The front-runners among the 11 remaining contenders are Vermont Senator Bernie Sanders and former US Vice-President Joe Biden.

Trump's campaign gloated over the debacle, with his 2020 manager Brad Parscale saying in a statement Democrats were "stewing in a caucus mess of their own creation with the sloppiest train wreck in history".

"It would be natural for people to doubt the fairness of the process," he added.

Republicans have had their own problems in Iowa previously. In 2012, Mitt Romney was declared the winner of the caucuses only for the party to say two weeks later that Rick Santorum had actually won.

The president's eldest son, Donald Trump Jr, tweeted that the Democratic results chaos was all a "fix".

However, there was no indication that it had been caused by anything other than human or technical error.

Republicans also held Iowa caucuses on Monday and as predicted Trump - who enjoys around 90 percent support in his party - squashed his two little-known challengers.

The race will next move on to the other three early-voting states of New Hampshire next week, then Nevada and South Carolina later in February.

On Super Tuesday, 3 March, 15 states and territories will vote.

The field will be whittled down until a final nominee is crowned at the party convention in Milwaukee, Wisconsin, in July.