Each person infected with coronavirus is passing the disease on to between two and three other people on average at current transmission rates, according to two separate scientific analyses of the epidemic. 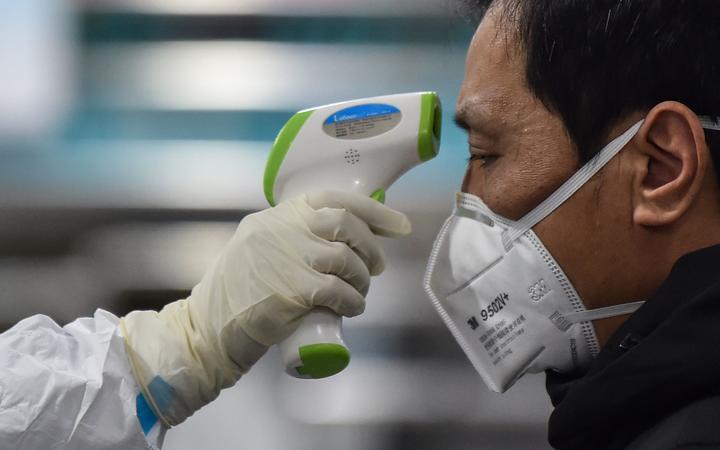 If control measures for coronavirus are to be successful, transmission would need to be halted for 60 percent of cases, scientists say. Photo: AFP

Whether the outbreak will continue to spread at this rate depends on the effectiveness of control measures, the scientists who conducted the studies said. But to be able to contain the epidemic and turn the tide of infections, control measures would have to halt transmission in at least 60 percent of cases.

The death toll from the coronavirus outbreak jumped to 41 today, with more than 1400 people infected world-wide - the vast majority in China.

"It is unclear at the current time whether this outbreak can be contained within China," said Neil Ferguson, an infectious disease specialist at Imperial College London who co-led one of the studies.

Read more on the coronavirus outbreak:

Ferguson's team suggest as many as 4000 people in Wuhan were already infected by 18 January and that on average each case was infecting two or three others.

A second study by researchers at Britain's Lancaster University also calculated the contagion rate at 2.5 new people on average being infected by each person already infected.

"Should the epidemic continue unabated in Wuhan, we predict (it) will be substantially larger by February 4," the scientists wrote.

They estimated that the central Chinese city of Wuhan where the outbreak began in December will alone have around 190,000 cases of infection by 4 February, and that "infection will be established in other Chinese cities, and importations to other countries will be more frequent".

It's expected that there will be 190,000 cases of the coronavirus disease in Wuhan within the next 10 days. Photo: AFP

Raina MacIntyre, head of the Biosecurity Research Programme at the Kirby Institute, at the University of New South Wales in Australia, said on Saturday that it is highly concerning that in recent days the infection has become widespread.

"The more widespread the infection in other parts of the China, the greater the risk of more global spread," MacIntyre said.

Australia, a popular destination for Chinese visitors, confirmed its first four cases of the virus in travellers from China, all of whom had been to Wuhan.

"What we need is more data to be published on risk factors, transmission, incubation period and epidemiology, so we can understand what control measures are most appropriate," MacIntyre said.