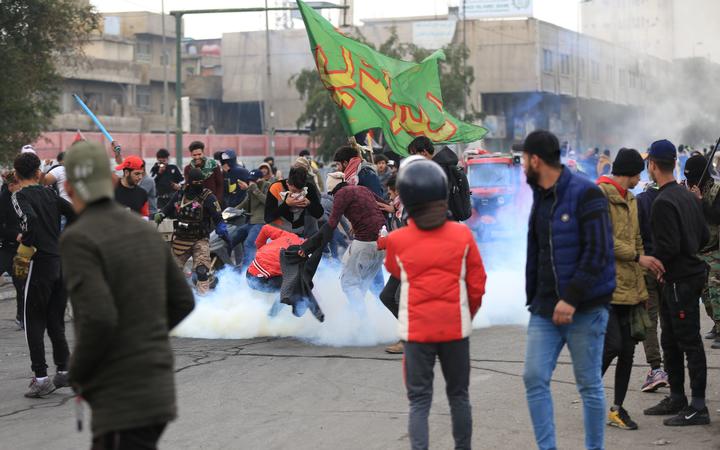 Iraqi security forces intervene in anti-government demonstrations in Tahrir Square in the centre of the Iraqi capital, Baghdad. Photo: AFP

The new push to end the sit-in protests and restore order came hours after populist cleric Moqtada al-Sadr, who has millions of supporters in Baghdad and the south, said he would end his involvement in anti-government unrest.

Sadr's supporters, who had bolstered the protesters and sometimes helped shield them from attacks by security forces and unidentified gunmen, began withdrawing from sit-in camps early on Saturday (local time) after his announcement.

Clashes erupted later in the day as authorities removed concrete barriers near Baghdad's Tahrir Square, where demonstrators have camped out for months, and across at least one main bridge over the Tigris River, Reuters reporters said. 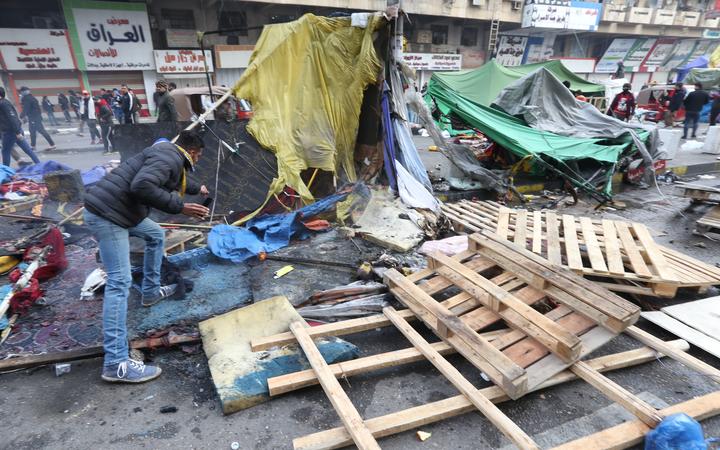 An anti-government protester checks a burnt out tent in Baghdad. Photo: AFP

In the southern city of Basra, demonstrators began returning to the main protest site following a raid by security forces the night before, burning tyres and cutting off a main road, security sources said. At least 16 protesters were arrested.

In the capital, at least one person was killed and more than 30 hurt as police and protesters clashed near Tahrir Square.

Another three died and 14 were wounded in the southern city of Nassiriya when security forces seized back control of a bridge occupied for days by demonstrators, security sources and medics said. 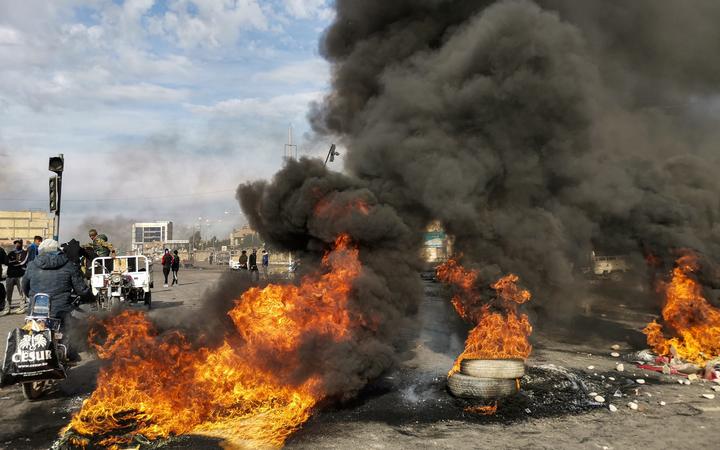 Protesters stand by burning tyres at a make-shift roadblock in the city of Nassiriya where three people died and 14 were injured after security forces moved against the demonstrators. Photo: AFP

Iraqi security forces have used tear gas and live ammunition against mostly peaceful protesters since the unrest broke out in Baghdad on 1 October. More than 450 people have died in the violence, according to a Reuters tally from police and medics.

The demonstrators are demanding the removal of what they see as a corrupt ruling elite and an end to foreign interference in domestic politics, especially by Iran, which has come to dominate state institutions since the toppling of Saddam Hussein in a 2003 US-led invasion.

The multiple raids appeared to be an attempt by authorities to fully clear the sit-ins and end months of unrest.

The security operations were launched hours after Sadr said he would halt the involvement of his supporters.

Sadr had backed the demands of protesters for the removal of corrupt politicians and for the provision of services and jobs soon after the demonstrations began in October, but stopped short of calling all his followers to join in.

Many of Sadr's millions of supporters, often hailing from Baghdad's slums, have however been involved in the protests.

Sadr's followers, in a rally on Friday separate from the anti-government protests, called for the removal of US troops from the country. The march dissipated after several hours.

Sadr wrote on Twitter late on Friday he would "try not to interfere in the issue (of protesters), either negatively or positively, so that they can shepherd the fate of Iraq". He did not elaborate.

In Basra, protesters urged him to reconsider. In a letter circulated on social media, they called for the support of Sadrists, without whom they feared attacks by security forces.