New South Wales Health officials are investigating two possible cases of coronavirus while racing to find hundreds of airline passenger who flew from Wuhan to Sydney with a man infected with the deadly disease. 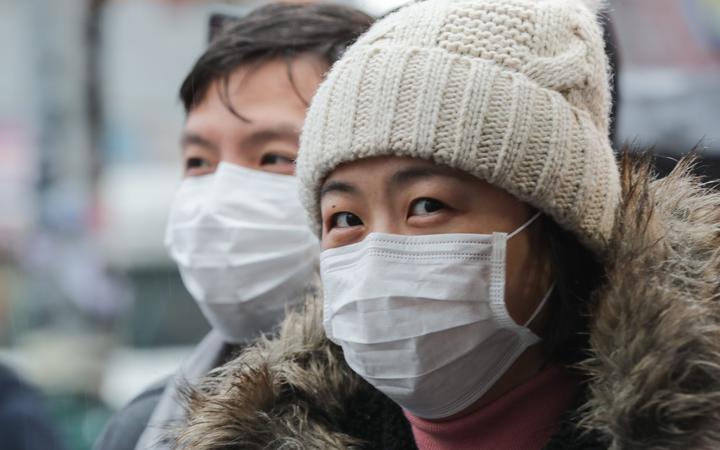 The coronavirus has spread to Australia with four cases confirmed and fears many others may have been exposed to the disease, including passengers on an international flight. Photo: AFP

NSW Health has confirmed three cases of the deadly disease in Sydney, bringing the national total of confirmed cases to four.

A man in his 50s in Victoria became the first confirmed case in Australia yesterday.

Two of the men diagnosed in Sydney travelled to Wuhan, and one person is believed to have had direct contact with a confirmed case while in China.

One of the men, in his 30s, arrived in Sydney from China on 6 January but did not develop symptoms until 15 January, when he saw his doctor.

The second man, aged in his 40s, arrived on 18 January after spending time in Wuhan but did not show symptoms until last Friday.

NSW Health said the third man arrived in Sydney on China Eastern Flight MU749, which touched down at 11.35am on 20 January.

He developed symptoms that night and subsequently saw a doctor, later being diagnosed with the virus.

Authorities are now in the process of tracking down anyone who was on the flight and are urging them to be tested for the virus.

"We have asked the National Incident Room to pull the records for those people that were on the flight and we are getting the seat details," NSW chief medical officer Kerry Chant said.

NSW Health said today it had two cases under investigation.

Dr Chant said none of the men showed symptoms on the flights.

"We do not believe that they were infectious at the time of their international flight," she said.

But she said there was significant potential for more cases in the state.

NSW Health Minister Brad Hazzard said anyone who came forward with symptoms would have their privacy respected.

"They should also call ahead to speak to their GP or emergency department," he said.

"If the GP considers novel coronavirus testing is needed they will be referred to the emergency department for testing."

Authorities have conducted extensive interviews with people who had come into contact with the infected men but conceded the patients may have come in contact with hundreds of people since arriving in the country.

Dr Chant said some cases could have been caught sooner by GPs, and urged doctors treating those with coronavirus-like symptoms to contact NSW Health.

"Make sure you have processes in place and consider where people have travelled and particularly be conscious of people returning from China," she said.

Eighteen people across NSW have now been tested for the virus, with 12 of those cleared, but four still under investigation.

Some of those being tested are believed to be children.

In China, 41 people have died from coronavirus, while 1300 have been infected globally.