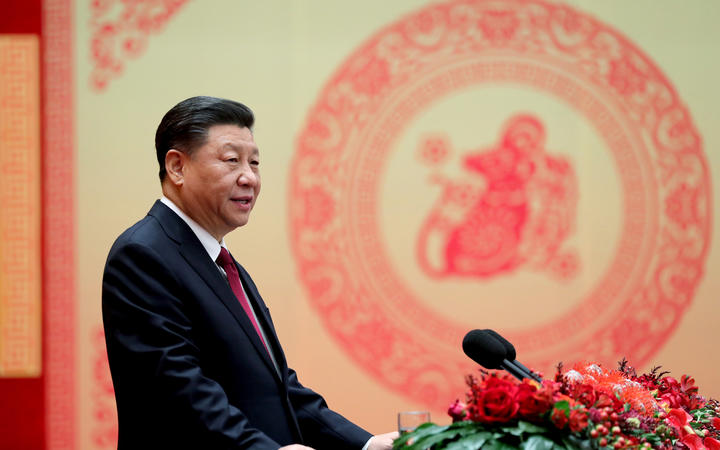 The country is facing a "grave situation" Xi told senior officials, according to state television.

The coronavirus has killed at least 41 people and infected some 1400 since its discovery in the city of Wuhan.

And from this evening, private vehicles will be banned from central districts of Wuhan, the source of the outbreak.

A second emergency hospital is to be built there within weeks to handle 1300 new patients, and will be finished in two weeks, state newspaper the People's Daily said. It is the second such rapid construction project: work on another 1000-bed hospital has already begun.

Specialist military medical teams have also been flown into Hubei province, where Wuhan is located.

The urgency reflects concern both within China and elsewhere about the virus, which first appeared in December.

Lunar New Year celebrations for the year of the rat, which began today, have been cancelled in many Chinese cities.

Across mainland China, travellers are having their temperatures checked for signs of fever, and train stations have been shut in several cities.

In Hong Kong, the highest level of emergency has been declared and school holidays extended.

Several other nations are each dealing with a handful of cases, with patients being treated in isolation.

A coronavirus is a family of viruses that include the common cold.

But this virus has never been seen before, so it's been called 2019-nCov, for "novel coronavirus".

New viruses can become common in humans after jumping across the species barrier from animals.

The Sars [Severe Acute Respiratory Syndrome] outbreak of 2003 started in bats and transferred to the civet cat, which passed it on to humans.

Symptoms seem to start with a fever, followed by a dry cough and then, after a week, lead to shortness of breath and some patients needing hospital treatment. 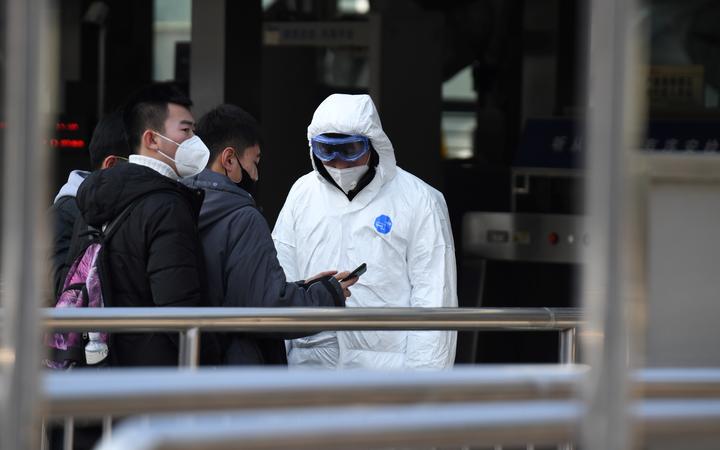 Based on early information, it is believed that only a quarter of infected cases are "severe", and the dead are mostly - though not exclusively - older people, some of whom have pre-existing conditions.

The Chinese authorities suspect a seafood market that "conducted illegal transactions of wild animals" was the source of the outbreak.

The city of Wuhan is effectively on lockdown, with heavy restrictions on travel in and out, and public transport options from buses to planes cancelled.

It is a major population centre with up to 11 million inhabitants - comparable in size to London.

Pharmacies in the city have begun to run out of supplies and hospitals have been filled with nervous members of the public.

Officials have urged people to avoid crowds and gatherings.

"The whole transport system has been shut down," Kathleen Bell, who is is originally from the UK and works in Wuhan, told the BBC. "From midnight tonight private cars are not allowed on the road. And taxis aren't running."

Major Western brands such as McDonald's and Starbucks have closed in the city and in others nearby.

The US, France and Russia are among several countries trying to evacuate their nationals from Wuhan, reports say.

There are now 1372 confirmed cases across China, though most are concentrated in those provinces closest to Hubei.

But it has also spread abroad - in isolated cases affecting small numbers of patients.

Australia has confirmed its first four cases - first in Melbourne, and then three more in Sydney.

It has also spread to Europe, with three cases confirmed in France. Tests in the UK on 31 people have come back negative, the government has said. Officials are trying to trace around 2000 people who have recently flown to the UK from Hubei province.

The cases largely involve people who had recently travelled from the affected region in China.

China's neighbours in the Asia region are on high alert, however, with cases reported in Thailand, Singapore, Japan, Taiwan, Malaysia, Vietnam, South Korea and Nepal.

"The individual is stable and is hospitalized" a government statement added.

There are also cases in the United States.

The Lunar New Year is one of the most important dates in the calendar in China, where millions of people travel home - something that is a problem for preventing the spread of a virus.

Authorities have shut major tourist sites, including the Forbidden City in Beijing and a section of the Great Wall.

In the capital, Beijing, and also in Shanghai, officials have asked residents who return from affected areas to stay at home for 14 days to prevent the spread of the virus, local media report.