The death toll from a powerful earthquake that's struck eastern Turkey has risen to at least 20, with more than one thousand people injured. 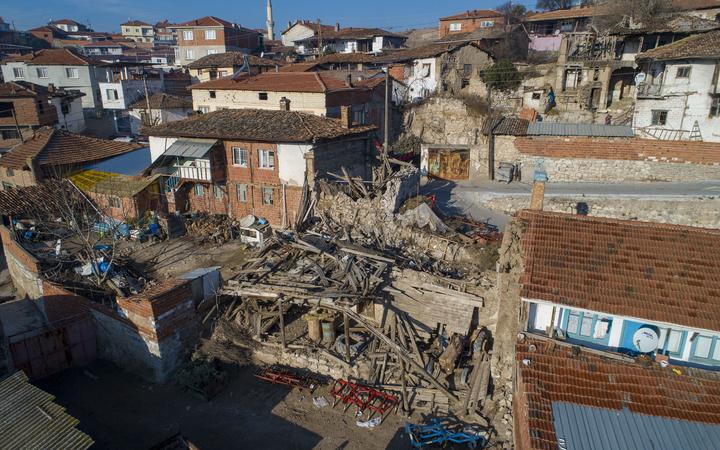 State broadcaster TRT showed footage of police and emergency workers searching a partly collapsed building in Elazig. Windows were smashed and balconies had crashed to the ground.

The authorities say emergency workers are searching for 30 people trapped under rubble.

Turkish aid organisations said they had sent teams to affected areas and Soylu described the earthquake as a 'level 3' incident according to the country's emergency response plan. This means it requires assistance at the national level but is one stage short of needing international help.

The quake struck in a remote, relatively sparsely populated area and it could take some time for authorities to establish the full extent of damage.

State media in neighbouring Syria and Iran both reported the earthquake was felt in those countries. Local media in Lebanon said the cities of Beirut and Tripoli also felt the quake.

Turkey has a history of powerful earthquakes. More than 17,000 people were killed in August 1999 when a 7.6 magnitude quake struck the western city of Izmit, 90 km southeast of Istanbul. About 500,000 people were made homeless.

In 2011 an earthquake struck the eastern city of Van and the town of Ercis, some 100 km to the north, killing at least 523 people.