An aide to Rudy Giuliani claims US President Donald Trump "knew exactly what was going on" regarding efforts to pressure Ukraine into investigating former vice president Joe Biden and his son. 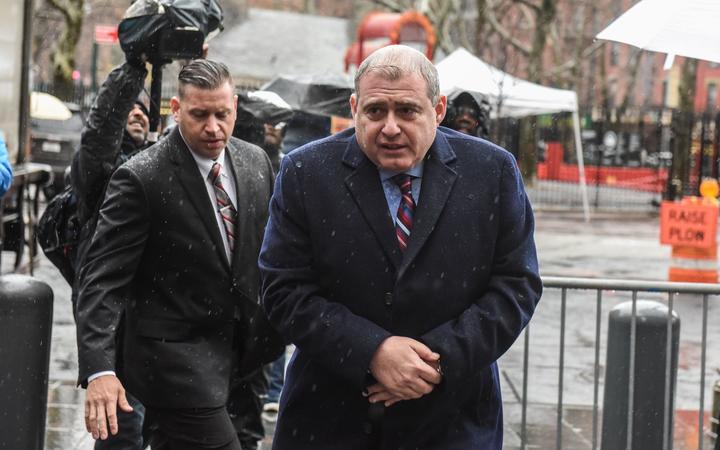 Lev Parnas, a close associate of Trump's lawyer, made the comments in an interview with MSNBC.

The intention was to damage a potential Democratic rival to President Trump.

The president denies the allegations.

Trump was impeached in the US House of Representatives last month and is accused of abuse of power and obstruction of Congress. The case was sent to the Senate on Wednesday.

Parnas said that the president was lying and knew that unless there was an investigation into Joe Biden and his son Hunter, who was a director of a Ukrainian gas company, military aid would be withheld to Ukraine.

He also claimed that the investigation was about digging dirt on Biden, who is seeking the Democratic nomination to challenge Trump in this year's US presidential election. 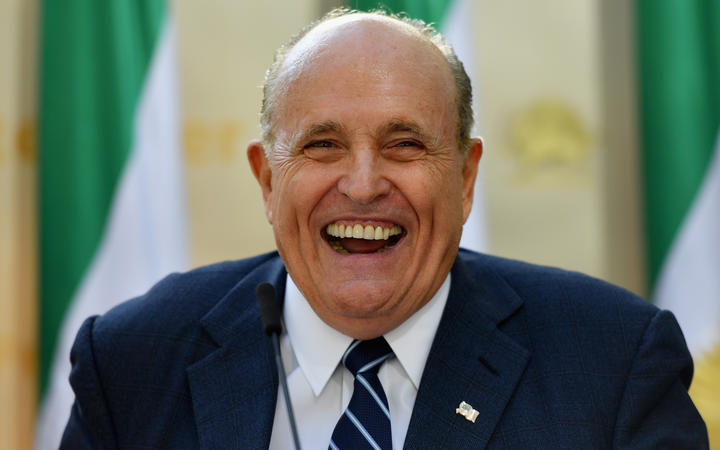 Earlier this week, letters, phone records, notes and flash drives were obtained from Parnas, a Ukrainian American businessman, in a bid to bolster Democrats' case against Trump at the forthcoming Senate trial.

Documents show that Ukraine-born Parnas was in regular contact with Giuliani as well as Ukrainian officials, and suggest that Parnas was directly involved in trying to have Ukraine's President Volodymyr Zelensky look into Biden.

What did Lev Parnas say?

In the interview aired on Wednesday, Parnas said Trump was "aware of all my movements".

"I wouldn't do anything without the consent of Rudy Giuliani or the president. Why would President Zelensky's inner circle or [Interior] Minister [Arsen] Avakov or all these people or [former] President [Petro] Poroshenko meet with me?

"Who am I? They were told to meet with me. And that's the secret that they're trying to keep. I was on the ground doing their work," he added.

What new evidence was obtained from Mr Parnas?

One handwritten note from Parnas states: "Get Zalensky [sic] to Annouce [sic] that the Biden case will be investigated."

Also among the new materials is a screenshot of a previously undisclosed letter from Giuliani to Zelensky, in which he asks to arrange a meeting. 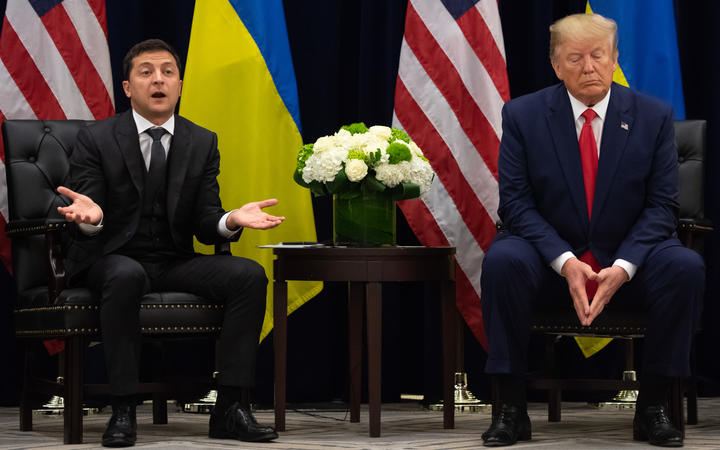 The letter from Giuliani describes himself as "personal counsel to President Trump" and states that Trump had "knowledge and consent" of Giuliani's actions.

The meeting never took place as Giuliani eventually cancelled his May trip to Ukraine.

What about the former US ambassador?

Some of the materials obtained show Parnas and Giuliani discussing the removal of Marie Yovanovitch, the then US ambassador to Ukraine.

Several of the text messages appear to suggest the former US envoy was placed under surveillance.

In Wednesday's interview, Parnas claimed the only motivation to get Yovanovitch removed from her post was because she was in the way of the effort to get Ukraine to announce an investigation into Biden.

Parnas was apparently given updates on the ambassador's location and mobile phone use by a man named Robert F Hyde.

Hyde is a Republican congressional candidate in Connecticut and a Trump campaign donor.

Yovanovitch is calling for an investigation into the messages.

"The notion that American citizens and others were monitoring [her] movements ... is disturbing," her lawyer said.