Australia's peak tourism body estimated the country's bushfire crisis has so far cost the industry almost $1 billion and called for urgent help from the government to lure back visitors. 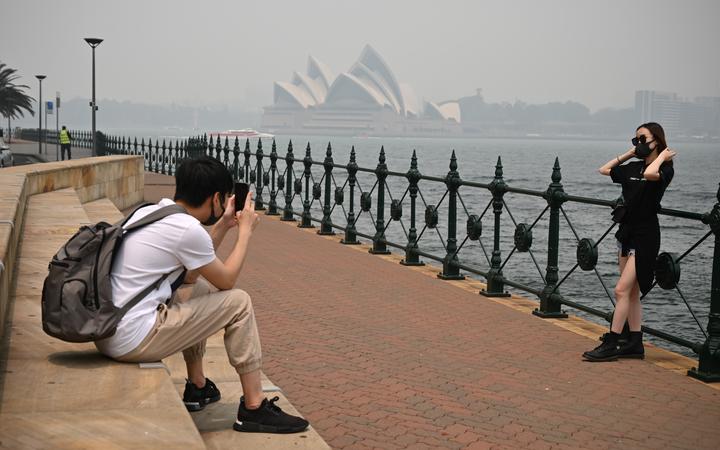 Tourists wearing masks take photos as the Sydney Opera House is enveloped in haze caused by nearby bushfires. Photo: AFP

Industry bosses were due to meet with Tourism Minister Simon Birmingham later on Thursday as storms and heavy rain brought some respite from months of fierce bushfires across Australia's east coast.

The fires, which have killed 29 people and razed bushland across an area the size of Bulgaria, have hit several coastal towns at the height of the profitable summer season.

Even though recent cooler conditions have led some tourist destinations to reopen after they were evacuated because of the fires, people remain wary of visiting.

Images of burnt-out towns, people huddled on beaches to escape huge flames, dead wildlife and thick smoke hanging over major cities have been beamed around the world.

The qualifying rounds of Australian Open in Melbourne this week, the first tennis Grand Slam of the year, have been blighted by complaints from players about the pollution. 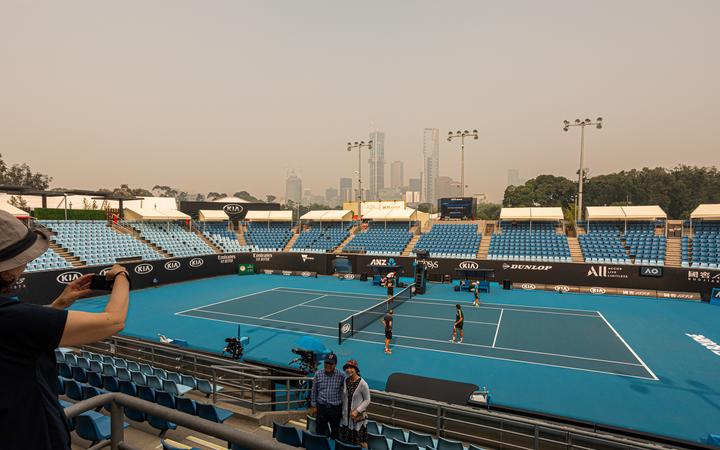 Tourists pose for a photo in the stands of one of the outside tennis courts at Melbourne Park as the horizon is covered with thick smoke haze. Photo: AFP

"The imagery of the fires in the global marketplace is very bad for our country," Westaway said. "We are worried about the contagion that that may have."

Tourism accounts for more than 3 percent of Australia's A$1.95 trillion economy, with nine million foreigners visiting the country annually and domestic tourism growing.

Accommodation booking cancellations in non-fire zones have reached upwards of 60 percent, while in fire-affected areas there were no tourists at all, Westaway said. Many destinations rely heavily on domestic tourism, as well as international visitors.

This week's wet weather brought some temporary respite for fire-hit areas, but also came with the warning of potential flash floods and lightning that could ignite new fires.

Prime Minister Scott Morrison earlier this week welcomed a US move to downgrade a travel warning and has stressed that Australia is open for business.

Birmingham said he would seek firsthand feedback from tourism bosses at Thursday's meeting and devise a strategy to reassure visitors that many tourism destinations are untainted by fires.