The New Zealand Defence Force personnel in Australia have been faced with grim tasks and seen devastation first-hand, but they're pleased to be able to help out. 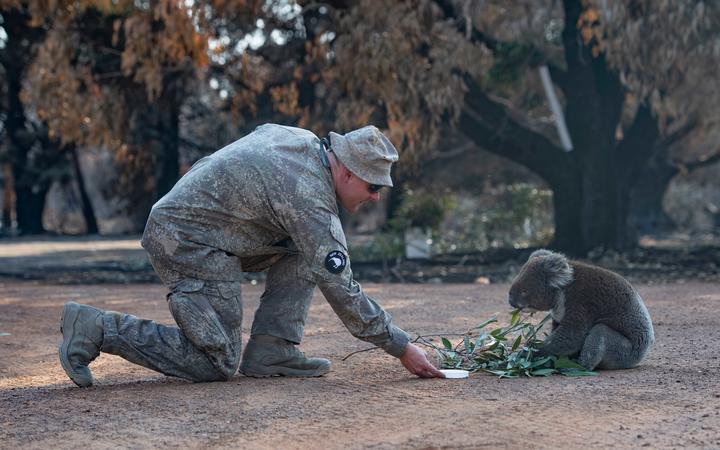 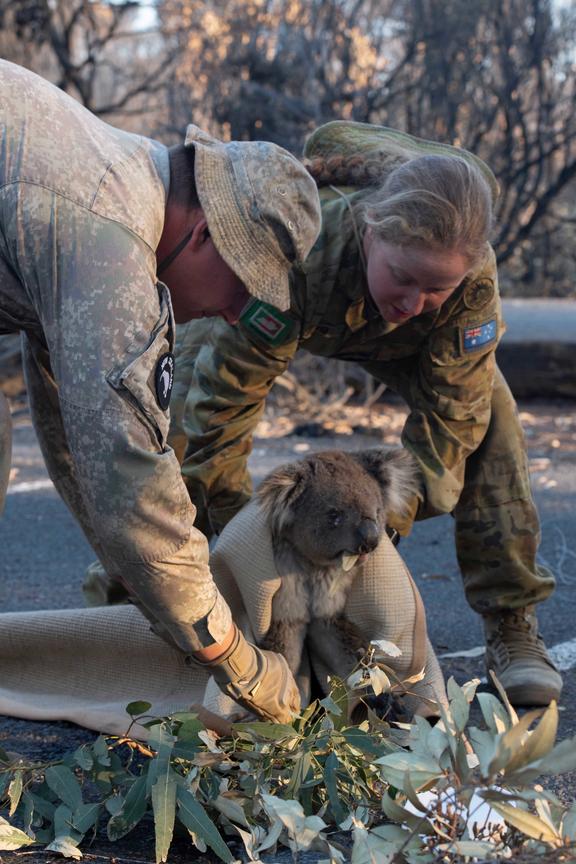 Air crews operating out of Richmond Air Force Base near Sydney have been carrying out tasks including transporting fuel, water and food for livestock.

They've also had the job of removing bodies of wildlife - including kangaroos - who died in the devastating fires.

But they've also been constructing feeding stations for koalas and providing gum leaves and water to koalas who urvived the blaze.

Senior National Officer Major Ron Christmas said it had been special to see some animals survive.

"We know there is a very long road ahead for the recovery effort but we've been pleased to play our part," he said.

"The sheer scale of the devastation is quite overwhelming when you see it first-hand, so we're very pleased to be able to help our neighbours with people power and resources," Major Christmas said.

The NZDF contingent is expected to remain in Australia at least until the end of January. 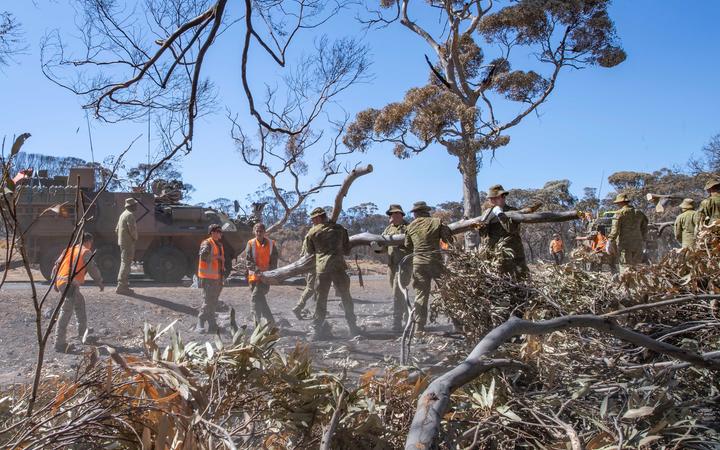