Puerto Rico will be allowed access to $8.2 billion (NZ$12.4 billion) in delayed disaster-aid funding by the US Department of Housing and Urban Development (HUD), the island's non-voting member of the US House of Representatives Jenniffer Gonzalez said in a statement. 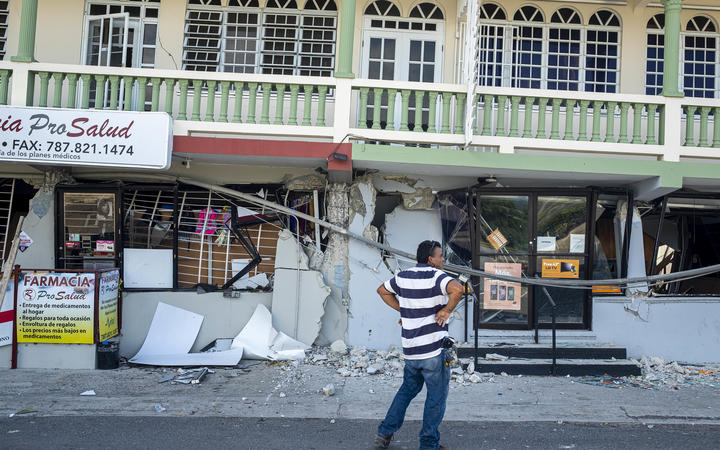 The approval of the funds for the US territory's recovery from Hurricanes Maria and Irma in 2017, which killed about 3,000 people, comes at an opportune time, as hundreds of earthquakes and aftershocks have rattled the island since 28 December. The quakes have damaged thousands of buildings and homes.

Last year, US President Donald Trump threatened to divert disaster-recovery funds from Puerto Rico to help pay for a wall at the US-Mexico border.

The recent quakes have worsened Puerto Rico's woes as it continues to recover from the 2017 hurricanes and also goes through a bankruptcy process.

"Now that a full financial monitoring team is assembled and active, we can move forward with confidence that these disaster recovery funds will reach those who need them the most," a senior HUD official told Reuters earlier.

"The emergency that we are going through with the recent earthquakes proves that we must always be prepared for the unexpected. Now, more than ever, we have to make sure that the infrastructure on the island is safe and stable. Mitigation efforts are key to this," Gonzalez said on Wednesday.

Access to the funds should come as a relief for Puerto Rico after ratings agency Moody's Investors Service said on Tuesday the earthquakes posed a setback in terms of the island's economic recovery and ability to retain residents and businesses.

The release of the funds follows a letter on Tuesday, in which Senate Democratic leader Chuck Schumer and several other Senate Democrats asked the Trump administration to approve full aid to Puerto Rico.

Politico had earlier reported that Puerto Rico would be given access to more than $US8 billion in stalled disaster aid funding.