A record number of elephants - 361 - have died in Sri Lanka during 2019, environmental groups say. 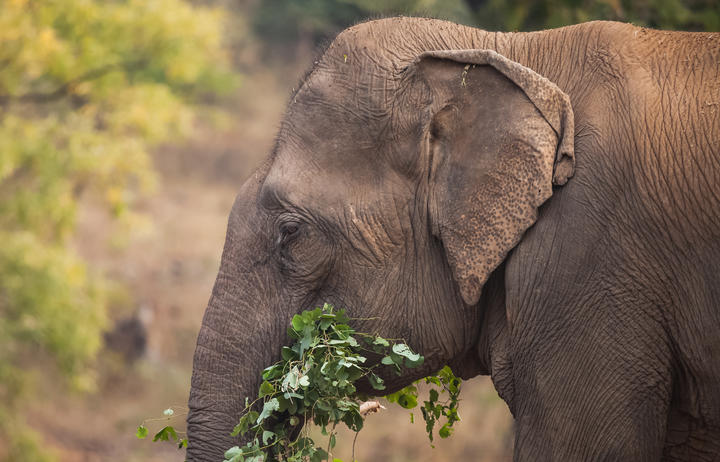 It is highest figure of elephant deaths to be reported since Sri Lanka became independent in 1948, conservationists said. Most were killed by people.

There are an estimated 7500 wild elephants in Sri Lanka. Killing them is illegal, but the animals often come into conflict with rural communities.

Elephants are revered in Sri Lanka but some farmers view them as pests.

Sajeewa Chamikara, an environmentalist from the Movement for Land and Agricultural Reform, told the BBC that some 85 percent of elephant deaths last year may have been caused by human activity.

He said communities had used electric fences, poison and explosives concealed as food to kill the animals.

In September, officials said they suspected seven elephants found dead in a reserve were poisoned by local residents for destroying crops.

BBC World Service South Asia editor Anbarasan Ethirajan said the expansion of villages and farms in Sri Lanka has contributed to dwindling supplies of food and water for the animals.

Officials have promised to work to resolve the conflict by putting fences between elephant habitats and rural communities.

But Chamikara said the government needed to do more to improve the quality of protected areas, such as tackling the issue of invasive plants which grow over grasslands that feed the elephants.

Trains are responsible for killing some wild elephants during their migration. Others die of natural causes, he said.

Dozens of elephants are kept in captivity in Sri Lanka to raise income from tourists, while others are forced to march at local festivals.