The son of a volunteer who died fighting Australian bushfires has been presented with his father's medal for bravery at his funeral. 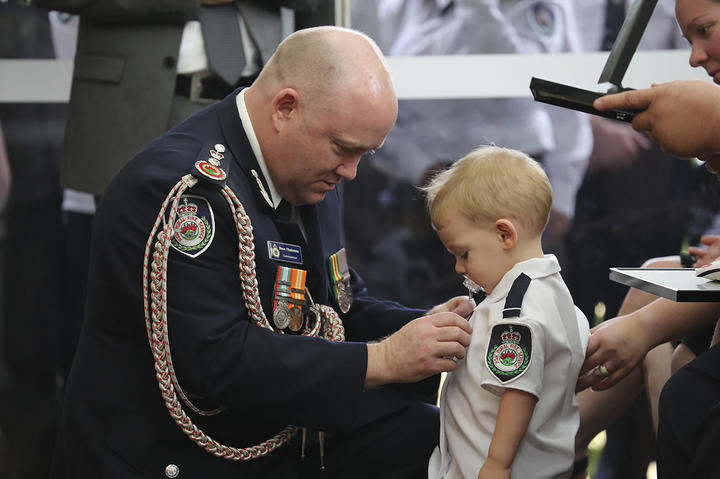 Harvey Keaton, aged 19 months, wore a uniform and sucked on his dummy as he received his father's posthumous medal at the funeral yesterday, near Sydney.

Dozens of firefighters formed a guard of honour to salute Keaton's coffin.

He and colleague Andrew O'Dwyer died on 19 December en route to a blaze, when their fire truck hit a fallen tree.

O'Dwyer, also father to a toddler, will be buried next week.

Morrison said he was there to "remember and give thanks for the life and service of Geoff Keaton".

Photos from the service released by the NSW Rural Fire Service show the toddler being held by his mother as they look at the coffin. A mug with the message "Daddy, I love you to the moon and back!" is seen on the coffin. 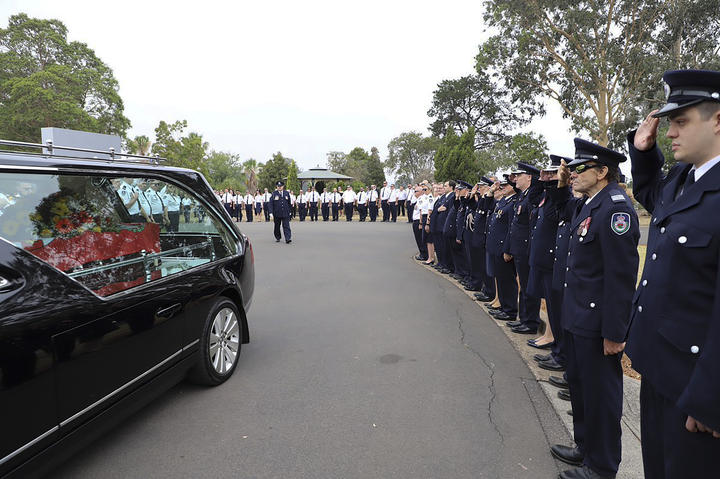 Firefighters form a guard of honour at the funeral of Geoffrey Keaton, in Sydney. Photo: NSW Rural Fire Service

In addition to Keaton and O'Dwyer, another firefighter died on Monday when high winds overturned his truck, killing one and injuring two others.

Since September, a total of 18 people have died as a result of the fires - seven in New South Wales this week alone. Others are missing. 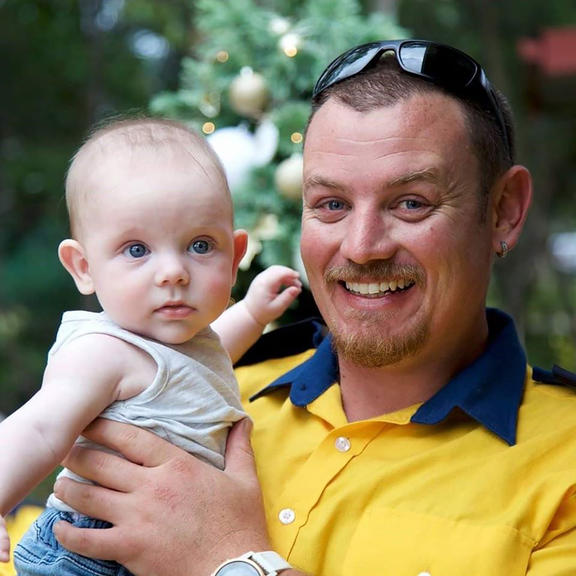 Thousands of firefighters have been deployed every day for months, battling enormous fires that have yet to be brought under control. The vast majority are unpaid volunteers.