Smoke from Australia's raging bushfires that's drifted over the South Island made landfall in Fox Glacier, covering the area in yellow ash patches. 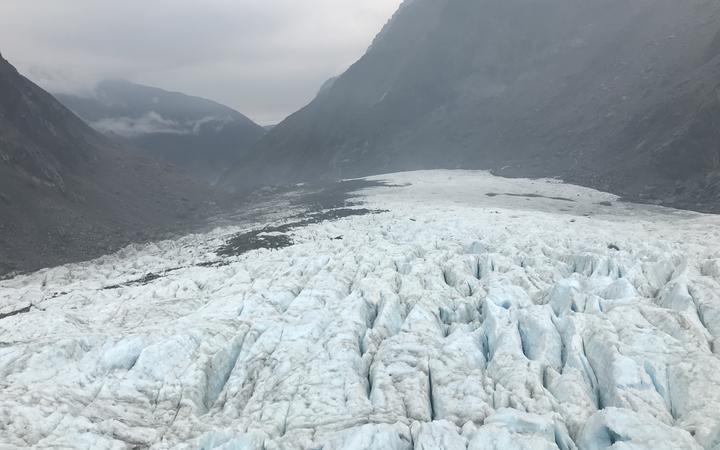 Ice at Fox Glacier seen with some yellowy ash patches on 1 January, 2020, after smoke from Australia's ongoing bushfires drifted across the Tasman. Photo: Supplied / Rob Jewell

The South Island experienced hazy skies from smoke blown across the Tasman yesterday - and it has moved to the North Island today.

Fox Glacier Guiding chief executive Rob Jewell said the glacier was covered in an orange sandy looking coat during the worst of the smoke in the south yesterday.

"It made for quite a spectacular sight, something very different and not what we're used to seeing up there."

Flying up to the glacier at about 1000m altitude, he said there was smoke and an orange haze that he could see and smell too.

This the view from the top of the Tasman Glacier NZ today - whole South island experiencing bushfire clouds. We can actually smell the burning here in Christchurch. Thinking of you guys. #nswbushfire #AustralianFires #AustraliaBurning pic.twitter.com/iCzOGkou4o

Jewell said it was a "bizarre-looking" type of winter fog but yellow.

"It's just everywhere, it's just incredible to think that it's all that distance from Australia and that it deposited itself onto the glacier in such a vast amount.

"The whole glacier, the divide, everything was just covered. Everywhere you looked you could see the haze and the ash just sitting on the glacier."

Overnight rain had washed much of the colour away, but remnants remain today, he said. 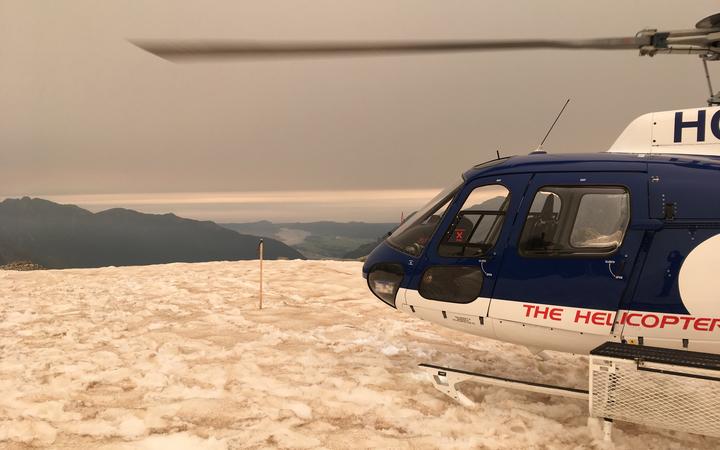 Chancellor Shelf, 1800m above the Fox Glacier, where an orange haze and patches of ash have fallen from the smoke drifting off Australia's bushfires. Photo: Supplied / Rob Jewell

It might not the be end of the haze and smoke for the country, with WeatherWatch saying that smoke plumes may continue to drift over until Sunday.

Clearer skies are moving into #NewZealand with most smoke from the #Australian bushfires heading east over open waters over the Pacific. A secondary, smaller, plume still moving over the South Island. Also, some thinner amounts in between the two main plumes.

MetService said much of the smoke had now dispersed although some areas may still see a sunset today with a tinge of orange to it.

Niwa posted a video of how despite Bream Bay in Northland had experienced a sunny day, it was overshadowed by the smoke.

Here's a one-hour timelapse from our camera in Bream Bay (Northland) this afternoon.

Believe it or not, it has been an almost completely sunny day there, but the smoke has given the sky a dull, filtered appearance similar to high cirrus clouds. pic.twitter.com/8MbslbZyBd

Earlier today, the North Island was also hit by smoke and haze as a result of the smoke drifting across the Tasman.

NIWA meteorologist Chris Brandolino told Summer Times it was clear to see on weather satellites the haze was no longer just affecting the South Island and had now made its way north.

"You can plainly see that there is this band of smoke over much of the North Island.

"Looking at the aforementioned modelling that is forecast to persist throughout the day, the smokiness over the North Island." 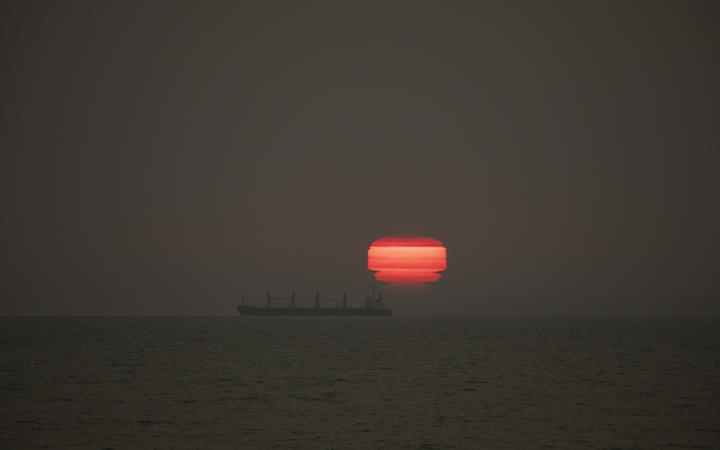 The sun rises through the smoke from Australia's bushfires drifting over New Zealand, at New Brighton Beach in Christchurch on 1 January. Photo: Sanka Vidanagama/NurPhoto / AFP