Lebanon has received a "red notice" from Interpol for the arrest of fugitive ex-Nissan boss Carlos Ghosn. 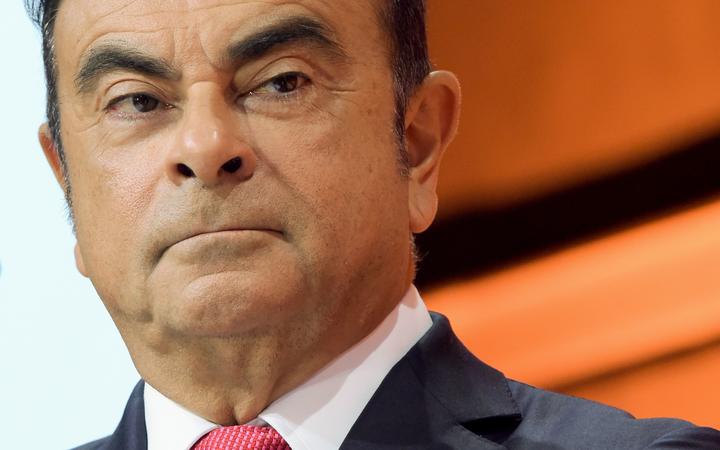 The request was received by Lebanon's internal security forces on Thursday and is yet to be referred to the judiciary, Reuters news agency reports.

Ghosn, who was facing trial in Japan for alleged financial misconduct, arrived in Beirut on New Year's Eve.

The private jet on which he escaped reportedly landed in Istanbul first, prompting an investigation by Turkey.

According to Turkish media, seven arrests have been made in connection with the case - four pilots, a cargo company manager and two airport workers.

An Interpol "red notice" is a request to police across the world to provisionally arrest a person pending extradition, surrender or other similar legal action.

However, Lebanon has no extradition treaty with Japan.

The businessman holds French, Lebanese and Brazilian citizenship, and has made extensive investments in banking and real estate in Lebanon.

France has said it will not extradite him if he arrives in the country.

Ghosn had posted 1 billion yen ($NZ13.6 million) in bail in Japan last April, ahead of his trial. He said on his arrival in Lebanon he had "escaped injustice and political persecution".

On Thursday Ghosn said media speculation that his wife had played a role in his escape was "inaccurate and false", adding: "I alone arranged for my departure."

They argued he had defied a ban on nationals entering Israel, with which Lebanon is still technically at war.

It is now up to Lebanon's public prosecutor's office to decide whether to uphold the complaint.

What's the latest on the investigations?

According to Turkish media, Ghosn's private jet landed at Istanbul's Ataturk airport at 05.30am (local time) on Monday, having flown from Japan's Kansai airport in Osaka.

The Hurriyet news website quoted interior ministry officials as saying that Turkish border police had not been told Ghosn was on the plane and he had not been registered as entering or leaving the country.

However, there has been no official comment on the case.

French Finance Minister Agnès Pannier-Runacher said Ghosn "should not have absconded from the Japanese justice system", but added: "France never extradites its nationals."

Ghosn, who was also boss of French car-maker Renault, has been under investigation in France but no charges have been laid.

Do we know any more about the escape?

Ghosn had three passports - Brazilian, French and Lebanese - which had been surrendered to his legal team in Japan. The team maintains it was still in possession of them when he left.

Media reports now say he may have legally been in possession of a fourth passport to show his identity on some internal trips within Japan, but it would have been in a locked box or case, and his lawyers would have had the code.

There is no record of him using a passport to leave Japan, so investigators there believe he used illegal means.

Reuters on Thursday quoted sources close to Ghosn as saying he decided to flee after finding out his trial had been delayed until April 2021.

They said he was also "distressed" at being prevented from communicating with his wife, Carole, who is in Lebanon.

There are reports that Ghosn left Japan by hiding in a large musical instrument case, although his wife described the reports as "fiction".

Once considered a hero in Japan for turning around Nissan, Ghosn spent 108 days in custody after his arrest in Tokyo in November 2018.

Prosecutors allege that he made a multi-million-dollar payment to a Nissan distributor in Oman. Nissan, meanwhile, has filed its own criminal complaint against Mr Ghosn, accusing him of diverting money from the company for his own personal enrichment.

He is also accused of underreporting his own salary. Ghosn denies all the charges.