Nissan ex-chairman Carlos Ghosn says his arrest in Japan was the result of a "plot and treason" against him. 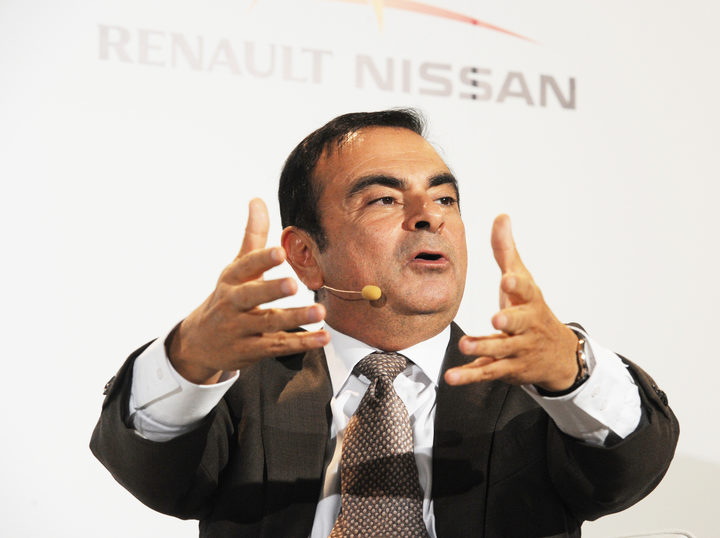 He was speaking in his first interview since his arrest in November on financial misconduct charges.

Mr Ghosn said some Nissan executives wanted to stop his plan to integrate Renault, the French car firm he headed, with its Japanese alliance partners, Nissan and Mitsubishi.

He said the plan had been discussed with Nissan boss Hiroto Saikawa.

Mr Ghosn is still being held in a Tokyo detention centre pending trial.

The executive was the architect of the Renault-Nissan alliance and brought Mitsubishi on board in 2016.

After his arrest, he was sacked as chairman of Nissan and Mitsubishi. He resigned from his posts as chairman and chief executive of Renault earlier this month.

In the interview with the Nikkei business daily, Mr Ghosn said he had wanted to include Mitsubishi Motor boss Osamu Masuko in the discussions about the future of the alliance, but Mr Saikawa "wanted it one-on-one".

Once the three carmakers were more closely integrated, Mr Ghosn wanted to ensure there would be "autonomy under one holding company", the newspaper said.

Mr Ghosn said he had "no doubt" that the charges against him were motivated by Nissan executives.

He spoke to the Japanese newspaper for about 20 minutes from the detention centre where he has spent more than two months.

Mr Ghosn faces three charges in Japan of financial misconduct, including understating his income and aggravated breach of trust.

The executive, once a towering figure of the car industry, denies any wrongdoing.

He could remain in custody for months after his application for bail earlier this month was denied.