Islamic State has released a video purporting to show its militants beheading 10 Christian men in Nigeria, saying it was part of a campaign to avenge the deaths of its leader Abu Bakr al-Baghdadi and its spokesman, Abul-Hasan al-Muhajir.

The terror group posted the footage on its online Telegram news channel on Boxing Day, with Arabic captions but no audio.

The video showed men in beige uniforms and black masks lining up behind blindfolded captives then beheading 10 of them and shooting an 11th man.

An earlier video seen by Reuters said the captives had been taken from Maiduguri and Damaturu in Nigeria's northeastern state of Borno, where militants have been fighting for years to set up a separate Islamist state.

In that video, the captives pleaded for the Christian Association of Nigeria and President Muhammadu Buhari to save them.

Reuters could not verify the authenticity of either video.

In a series of comments on Twitter, Buhari condemned the killings.

"These agents of darkness are enemies of our common humanity and they don't spare any victim, whether they are Muslims or Christians, and therefore, we shouldn't let them divide us and turn us against one another," Buhari wrote. 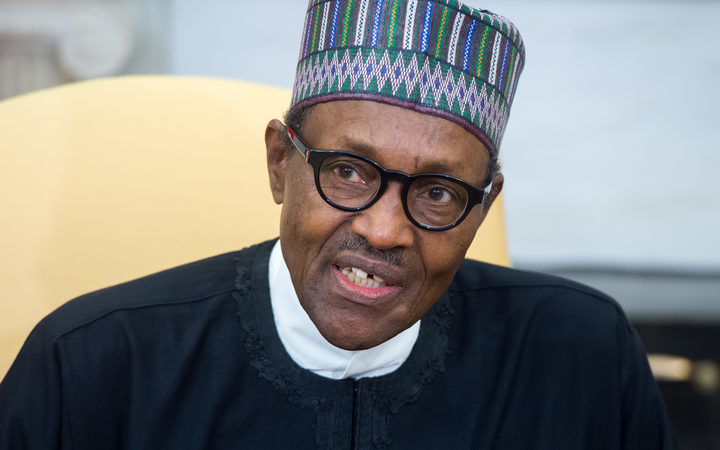 President Muhammadu Buhari has urged Nigerians not to allow the latest killings to divide them. Photo: AFP

Islamic State in West Africa Province (Iswap) split from the militant group Boko Haram in 2016 and has become the region's dominant jihadist group.

Watch this BBC backgrounder on the rise of Boko Haram

Islamist insurgents have killed about 30,000 people in northern Nigeria in the past decade.

Islamic State leader Baghdadi died during a US military raid in Syria in late October.